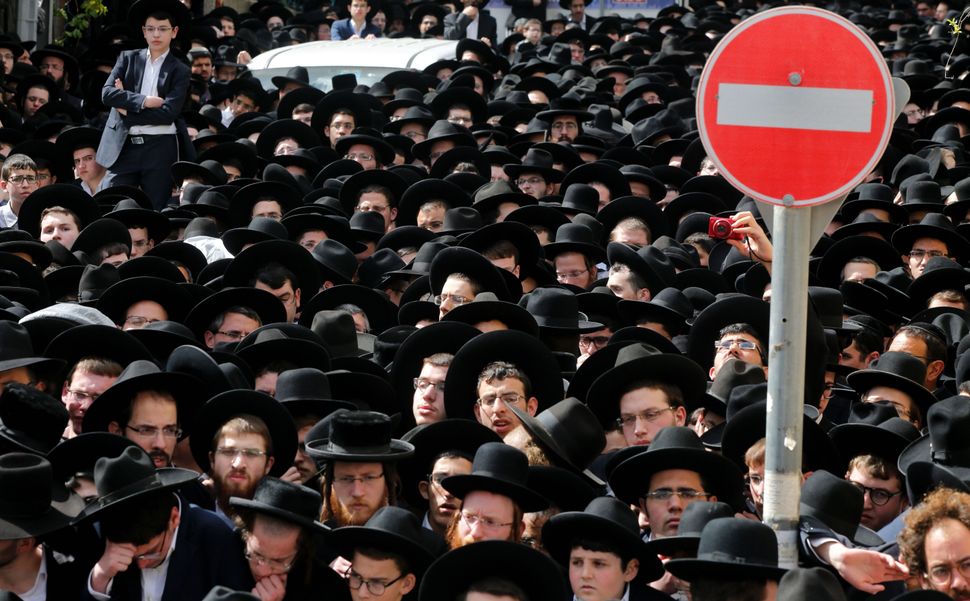 Few people have invested as much effort, time, money and heart on behalf of the Jewish people and Israel than the current head of the World Jewish Congress, Ronald S. Lauder. His political, educational and philanthropic activism over decades is legend, and rightly so.

Which made my heart sink even deeper this Monday than it would have sunk had some lesser personage written the op-ed published that morning under Mr. Lauder’s name in The New York Times.

It was titled “Israel’s Self-Inflicted Wounds” and bemoaned what Mr. Lauder characterized as two “grave threats” to Israel.

The first is the “possible demise of the two-state solution,” born of settlement-building; and the second, “Israel’s capitulation to religious extremists and the growing disaffection of the Jewish diaspora.”

I am personally sympathetic to Mr. Lauder’s position on the first issue. A two-state solution is the most sensible desideratum for resolving the Israel-Palestinian conflict. And building up a Jewish presence in areas that would likely become part of a Palestinian state surely does injury to that goal.

But settlements are not, in the end, the true impediments to peace negotiations. They can even be dismantled, as the residents of the 21 settlements in Gaza (and those of four settlements in the northern West Bank) who were expelled from their homes in 2005 learned all too well.

The greater obstacle to peace is surely the hatred of Israel one finds in Palestinian schoolbooks and media, or the declared goal of players like Hamas and Hezbollah of driving the Jews into the sea.

Would freezing West Bank construction foster a different attitude among the Arabs in the area? It didn’t in 2009 when such a freeze was put in place for nearly a year. But hope, as Pope contended, springs eternal, and so Mr. Lauder is entitled to his.

What he isn’t entitled to, however, is to misrepresent the current state of religion in Israel.

Mr. Lauder’s evidence for what he asserts is “capitulation to religious extremists” consists of two things: the official Israeli Rabbinate’s fealty to Jewish religious law’s conversion standards; and the maintenance of traditional Jewish practice with regard to vocal public prayer at the Western Wall.

But it is American Jews who have changed – not Israel.

Both of those sets of standards have been part of Israel’s Jewish identity since, in the case of conversion, the inception of the state; and, in the case of Western Wall decorum, the site’s capture in 1967. Neither signifies any change, and certainly no “extremist” onslaught. The only onslaught has been an American-fueled one against Israel’s longstanding religious status quo.

Israel’s very raison d’etre is to be a Jewish State. And for the word “Jewish” in the phrase “Jewish State” to have meaning, it must, well, have meaning.

And, unless the meaning of that word is diluted to homeopathic proportions, there needs to be a single set of Jewish standards.

On June 19, 1947, shortly before Israel declared its independence, David Ben-Gurion and other officials of the Jewish Agency signed what came to be known as the “Religious Status Quo Agreement.”

That agreement declared the nascent state’s guarantee of religious freedom for all its citizens, pledged state observance of the Jewish Sabbath as the official day of rest, provision of only kosher food in government kitchens and the option of a system of traditional Jewish religious education. It also addressed Jewish “personal status” issues like marriage, divorce and conversion, assuring the religious community that “everything possible will be done [to] avoid, Heaven forbid, the splitting of the House of Israel into two.”

What Ben Gurion recognized was that multiple personal-status standards will inevitably result in multiple “Jewish peoples.” The Conservative movement, after all, had and has its set of standards, the Reform a different one, the Humanistic movement another, and the Orthodox its own.

For the past 70 years (not to mention several millennia prior), the time-honored standard of traditional halacha, or Jewish religious law, has been the standard for establishing who is a Jew, what is a conversion and what defines Jewish marriage and divorce. And that has preserved a single Jewish people in the Jewish state.

Israel’s embrace of traditional halacha as her arbiter of personal status and Kotel decorum – assaults on which have yielded anger and worse – may stick in the craw of American non-Orthodox leaders, but they have neither standing nor a credible argument against the need for a single standard in such issues in order to preserve the state’s Jewish communal unity. Such unity has been largely demolished, tragically, here in America. No longer can I, as an Orthodox Jew, assume that someone who self-identifies as Jewish actually is a Jew as measured by the standard of the ages. I deeply lament that fact, but lamentations cannot change its factualness.

The deceptive painting of Israel as some coercive Iran-style theocracy is simply wrong. And someone as dedicated to Jewish continuity and unity as Mr. Lauder should not be among the painters.