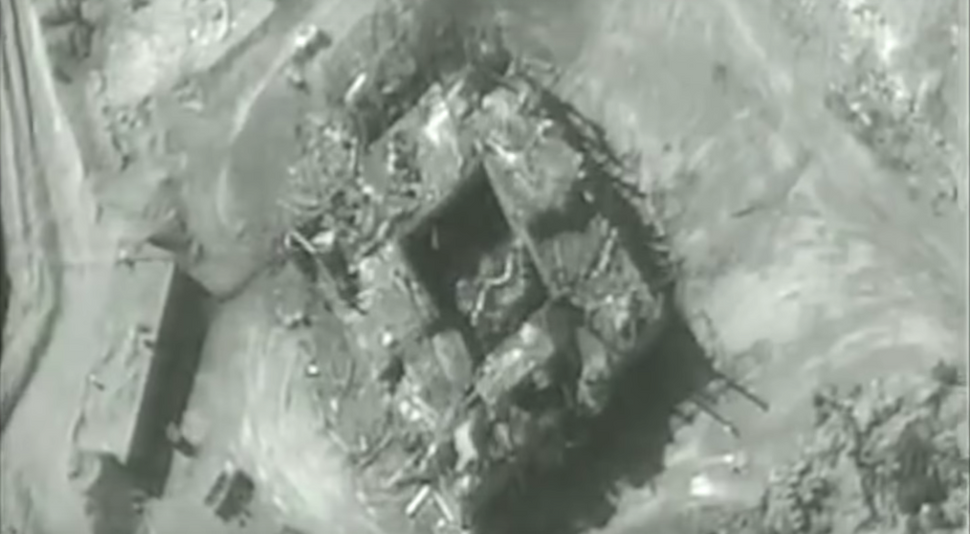 Today marks a huge win for freedom of the press in Israel. In the wee hours of the morning, a gag order was lifted from a long-standing secret, a ten year, six month and 17 day court-ordered silence.

But the gag order – as well as its release – reveals an important lesson, not just about the relationship between the Israeli press and the IDF, but about how business is done in the Middle East.

On the night between September 5 and September 6, 2007, eight Israeli fighter jets attacked a nuclear reactor in Dier ez-Zor, Syria. You can watch the footage here.

A gag order was immediately imposed by the Military Censor, forbidding the Israeli press from covering the attack.

Of course, this didn’t stop the foreign press from covering it. Reuters reported on an Israeli strike the following day, although not the details of the target. And since then, the world media has covered this story.

The official Israeli comment on the reported strike has always been “No comment.” And when I, the Israeli Defense Force spokesperson, was asked by Israeli reporters about report of such attacks in the foreign press, I always said the same thing: “We don’t discuss foreign reports.”

For ten and a half years, there has been a censorship ban, maintaining deniability from an Israeli perspective, and leaving the playing field open for speculation.

It didn’t stop the press from asking me over and over, “Why don’t you comment on the attacks in Syria? Everybody knows it’s the IDF.” My “No comment” over the years developed into “I decline to comment on the subject”, or “I can’t elaborate on the media reports,” but the underlining message was the same: “No comment”.

It wasn’t an ideal situation. As a communicator, “No comment” is the worst response you can give a journalist. As a spokesperson, you always have to say something.

But as I learned over the course of 25 years communicating for the defense establishment, silence can be a great source of strength, too, not for the public relations effort, but for the operational mission.

Today, the military censor approved details of the strike. And though I’m no longer an IDF spokesperson, I’d like to share my understanding about this important event.

For starters, I’d like to explain why I believe the ban was lifted. The reasons are many, and I would highlight four.

First, the strike had already been reported widely in the international media, rendering it difficult for the censor to maintain the ban.

Second, former Prime Minister Ehud Olmert wrote a biography while in prison and revealed some of the details. His book is scheduled to be released tomorrow.

Third, Israeli Channel 10 appealed the Supreme Court to remove the ban, forcing the defense establishment to review the scope of the censored story.

Finally, the ban was not only lifted for bureaucratic reasons. For Israel’s gag orders are truly about protecting matters of national security. In the case of destroying Syria’s nuclear reactor, there were security risks posed by the information getting out that the IDF was behind it.

And these security risks are no longer present. The current security assessment regarding Syria is that while the situation is still precarious, the Syrian Armed Forces are depleted and not focused on Israel, but rather the civil war that has just entered it’s eighth year.

And here we get to the heart of the issue. The real reason it was important that it not be exposed that the IDF was behind the attack on Dier ez-Zor is tied to one of the most important things in the Middle East: Honor.

Honor is one of the most important elements in maintaining relationships in the Middle East. If you humiliate a leader publicly, by action or by statement, you will most certainly escalate a conflict in this neighborhood.

Israel’s choice not to publicly state that it destroyed the Nuclear reactor in real time gave Syria’s leader Bashar al-Assad two important things. First, he didn’t need to admit he had been building a nuclear reactor, contrary to the Non-Proliferation Treaty to which Syria is signatory. Second, in not calling him out, Israel ensured that Bashar Al-Assad did not have to respond, and thus did not have to go to war. And indeed, he maintained his distance.

While Bashar al-Assad has killed hundreds of thousands of his own civilians, Israel made sure he wouldn’t have an excuse or the tools to kill ours.

By keeping this information out of the Israeli press and refusing to confirm its actions, Israel ultimately enabled Assad to save face, which saved Israel a war on their northern border.

This worked for Israel. Israel’s goal for the mission was twofold: no nuclear reactor and no war. By not disrespecting and publicly humiliating Assad, Israel played a game of chess that ensured victory, destroyed the reactor, and prevented a regional fall out.

In the near future, Israel may conduct strikes against strategic threats as they emerge. While not every explosion in the region is connected to Israel, some of them are. Israel maintains the right to strike those that wish us harm in self-defense, to preempt the most dangerous people from fulfilling the most dangerous endeavors.

Israel also maintains the right to be silent, to extend honor to those that maybe don’t deserve it, but who would endanger us should we deprive them of it.