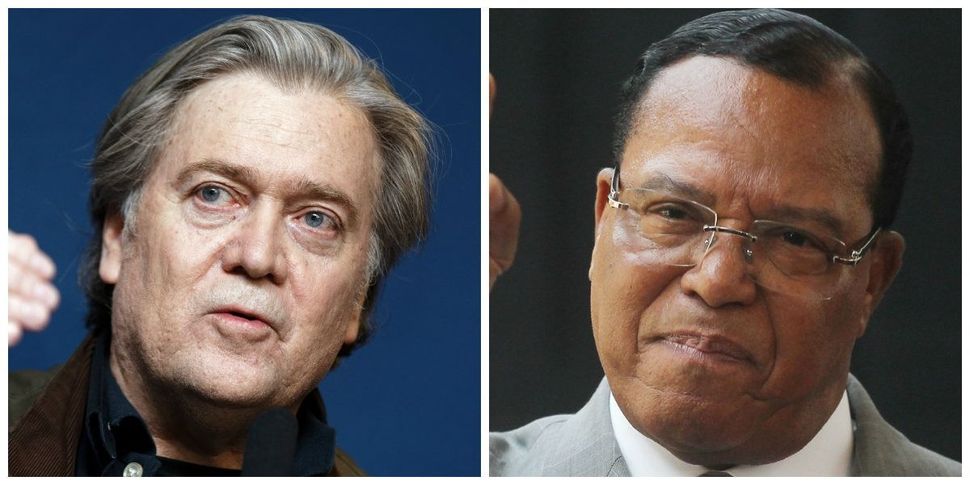 When DC Councilman Trayon White claimed climate change was a conspiracy of the famously Jewish Rothschilds, he quickly made headlines, and not in a good way. Interestingly, some of his strongest defenders came from within the Jewish community.

“We believe that we can best address anti-Semitism and misinformation in this moment by engaging and educating rather than denouncing,” said Jacob Feinspan, executive director of Jews United for Justice (JUFJ).

As a Jew local to the DC area, I was initially skeptical. But the Councilman has since made a sincere apology and reached out to Jewish leaders in order to learn. JUFJ’s approach, which leveraged a longstanding relationship with Councilman White, offers an intriguing example.

And yet, this sort of “calling-in” doesn’t always work.

When news broke of the continued relationship between the egregiously anti-Semitic Louis Farrakhan and Women’s March co-leader Tamika Mallory, many condemned the association. And yet some progressive Jewish groups moved quickly, to attack Mallory’s critics.

“It is unsettling to see how often the ADL and others criticize Black and Muslim activists and politicians for any association with Farrakhan,” tweeted IfNotNow, a prominent group of progressive Jewish activists. In a longer statement, IfNotNow complained of “the ADL and other Jewish leaders undermining the Women’s March.”

They were not alone. “We have no interest in helping tear down strong black women leaders who all too often bear the brunt of ruptures in our movement spaces,” read a statement from Jews for Racial and Economic Justice (JFREJ), which made clear that it intended to continue working with Mallory.

This response is particularly disappointing given the admirable work these groups did last summer, when right-wing Jewish groups tried to legitimize Stephen Bannon. Despite being the man who bragged of creating in Breitbart News a platform for the “alt-right,” Bannon was granted an important role at the annual gala of the Zionist Organization of America, and a full-throated defense from the Republican Jewish Committee. Rabbi Shmuley Boteach even attacked the ADL for condemning Bannon’s appointment: “Why would you immediately assume that Breitbart is anti-Semitic?”

Meanwhile, IfNotNow and JFREJ were on the frontlines, challenging those seeking to give Bannon a Jewish fig-leaf.

But where is that exceptional moral clarity when it comes to anti-Semitism from people the Jewish left is in community with?

The truth is, both on the left and on the right, too many American Jews only seem to call out anti-Semitism when it’s in the other camp, while providing cover for those closer to home.

Given his erstwhile White House role, Bannon is of course more dangerous than Farrakhan, and the Jewish defense of him far more concerning than the Jewish left’s ongoing relationship with Mallory. But both are motivated by the same belief that associating with anti-Semites is only a fire-able offense when the other side does it.

IfNotNow’s approach is best understood as part of a rather limited discourse in much of the American left regarding Jews, where too many persist in believing that anti-Semitism is solely the province of white supremacists. In response to critics of Mallory’s ongoing association with Farrakhan, Women’s March co-founder Bob Bland seemed perplexed: “That doesn’t even make sense – how can a Black woman be racist?”

Bland is referring to a formulation increasingly common in activist circles: that racism is prejudice plus power; thus, absent power, there is no evidence of racism. In this model, a black leader like Mallory may do things that reflect prejudice, but racism is impossible, because of the power dynamics between black and white America.

There’s certainly something to this. Given the terrifying racial hierarchy that still exists in our country, it is hard to think of any large-scale consequences occasional black-on-white prejudice could bring.

This is not true with anti-Semitism. When Farrakhan preaches centuries-old stereotypes about Jewish conspiracies and our supposed demonic nature, he is invoking a tradition of gentiles inciting violence against Jews, something very different from black frustration with white supremacy. Those who defend him are associating themselves with the same anti-Semitic tropes generations of gentiles before them have used to justify violence and dehumanization.

This prejudice does have power.

Throughout history, anti-Semitism, even of the most murderous type, has been justified as a form of “punching up”. From the Khmelnytsy Uprising to the pogroms of Simon Petliura, much of European anti-Semitism came under this guise, with its perpetrators coming from the ranks of other oppressed peoples.

Bland and parts of the Jewish left behave as if the White/People of Color divide is the only relevant dimension for considering racism. It is certainly the most important in 21st century America. But generations before the creation of America’s racial caste system, anti-Semitism was written into Western culture.

This prejudice was pervasive and a normative part of Christianity for most of its history. Its legacy lives on in communities of all races, and even within groups like the Nation of Islam that have nominally disavowed Christian culture. It would be foolish to believe that anti-Semitism, an integral part of the West for two millennia, would suddenly become irrelevant in the space of fifty years.

In a way, Bannon and his allies in the Jewish community are engaged in a strange version of the same mistake. They believe, despite consistent failures in virtually every American election, that American Jewry can be tempted into common cause with a reactionary right. In exchange for the occasional reference to “Judeo-Christian” values, we are asked to forget the last two thousand years ever happened, and to trust that the murderous dehumanization even now bubbling up throughout the “alt-right” will never impact us again.

Both the Jewish right and the Jewish left are showing a breathtaking naiveté when they act as if dangerous anti-Semitism can only come from the other side of the political spectrum. The sad truth is that the far-right and far-left in American politics have come to believe that the conditional whiteness most American Jews enjoy means anti-Semitism is irrelevant, except as a tool with which to attack their political opponents. And by trying to kasher Bannon and Mallory, committed partisans in the American Jewish community seem to agree.

Maybe instead of trying to mitigate the anti-Semitism of our closest allies, we should work even harder to act against it. Sometimes, when an apology is forthcoming, that can lead to happy endings, as with Councilman White. Other times, the moment requires difficult and courageous action to confront people and groups we hold dear.

Anti-Semitism on the right and left is resurgent in American political life. This is a reality that our generation must grapple with for years to come. We will deal with it more honestly if we challenge it with equal ferocity from our friends as well as our enemies.

Ari Ne’eman is a writer and activist living in Silver Spring, Maryland. He works in the disability rights movement and is an active member of a Conservative Jewish Congregation in Washington, DC.