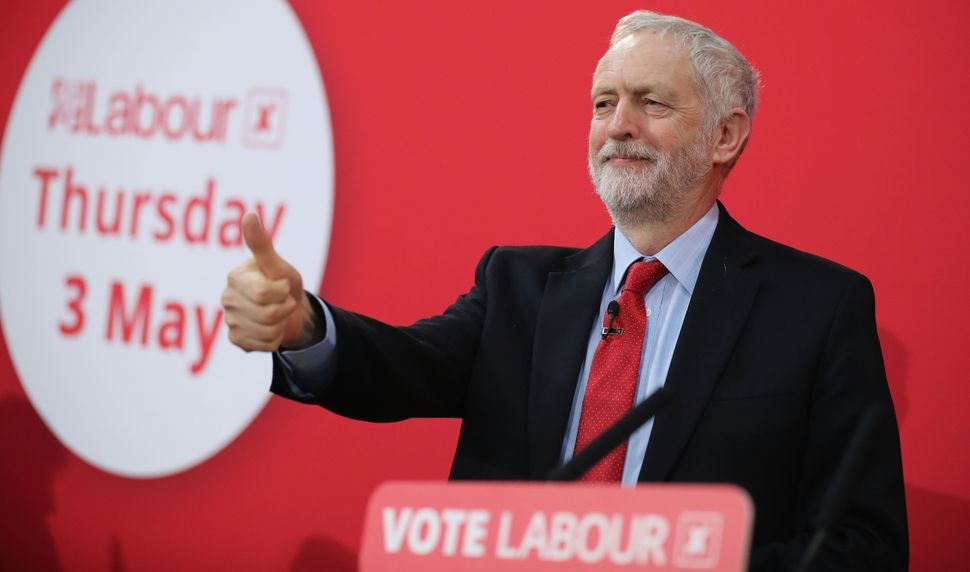 Last week I wrote a piece in the Forward criticizing the opponents of Labour leader Jeremy Corbyn, including much of the UK Jewish establishment, for using anti-Semitism as a political weapon against a leader who for many young Jews, represents the first hope for political change we’ve seen in this country.

To me, none of the allegations against Corbyn himself, most of which were dug up from the depths of Facebook and Twitter, demonstrated explicit anti-Semitism, and those that did have been dealt with. However, there remains a clear and worrying tendency in the Labour Party and the wider Left to dismiss and ignore anti-Semitism, often making these spaces uncomfortable for Jews wishing to organize.

So, while the allegations against Corbyn haven’t changed my support for him, I essentially think they are a good thing. If I’m going to support the Labour party, I want it to be a party that treats all examples of racism with total ruthlessness. All our political leaders should be carefully scrutinized in this way. All of us should be forced to consider the throw-away comments we make on social media, who we donate money to, and when we might be too quick to dismiss others’ concerns. Most racism, in my experience, doesn’t happen in the form of blatant statements or violence; it is rather subtle, pervasive, and quickly dismissed, and that’s what makes it so dangerous.

To Jews like myself, political activists who have spent much of our lives fighting anti-Semitism, it is very clear that underneath the “Never Agains,” some anti-Semitism has never gone away. In fact, anti-Semitism has become even more insidious in the grey lines between genuine anti-Semitism and legitimate opposition to the state of Israel.

Dealing with this problem requires education, discussion and self-interrogation across the political spectrum. However, political leaders and society as a whole have not been put under such scrutiny. One man — Jeremy Corbyn — and one party — Labor — has, by their political opponents. And right wing pro-Israel pundits, along with many representatives of the “mainstream” Jewish community, dismissed the input of left wing Jews like myself, who have been fighting anti-Semitism on the left long before it became cool.

Meanwhile Jeremy Corbyn apologized, and promised to do better, and to listen to Jewish concerns.

Last night, true to his word, he came to our Seder table, having been invited by one of his constituents. He brought some marror as his contribution to our Seder plate, he sang along with our songs (although politely abstained from some of the more outrageous ones), and he listened to us.

Now, Corbyn’s opponents are trying to spin his attendance at a Jewish Seder as more evidence of his anti-Semitism. The Seder Corbyn attended, organized by radical collective Jewdas of which I am part, is being cynically and offensively used to prove that Corbyn doesn’t care about “mainstream” Jews.

I’m not sure what a “mainstream Jew” is, but many of us in Jewdas are deeply involved in other communities. Many of us have also felt excluded from them because of our politics or sexuality. Either way, for those of us who have put so much time and energy into Jewdas over the past few years, we have found our home, where we can build our own, radical Judaism in the tradition of our Bundist and anarchist ancestors.

When I first got involved in Jewdas four years ago, I had all but given up on Judaism. I felt lost in the community I grew up in because of my feelings about Israel, and I was fed up in lefty circles of having to follow “I’m Jewish” with “but I’m not a Zionist.” I couldn’t stop being a Jew — that isn’t a choice for me, but it was becoming something private, rather than the collective experience I had always cherished.

Then I found Jewdas. The right-wingers attacking our seder aren’t attacking Jeremy Corbyn; they are attacking a proud, inclusive, hilarious Jewish community. When Board of Deputies President today labelled us “a source of virulent anti-Semitism” he was defaming his fellow Jews in a way that we haven’t seen for a while. That a Jewish Leader who has given so much to support to non-Jewish Israel lobbyists should question the Jewishness of our community members is the most vile hypocrisy.

Those of us involved in Jewdas have had a stressful and amusing day fielding the sudden media interest in radical diaspora Judaism, not to mention some awkward conversations with family members. In a phone call with my dad, I had to explain why he heard a leaked recording of me on the news this morning leading a hundred people in a ritual that involved holding up a burnt beetroot and shouting “Fuck capitalism!”

Unsurprisingly, most of the hate being thrown at Jewdas is not because of our outlandish rituals or even our socialist and anarchist politics, but because of our position on Israel. Our angriest tweets and posts have been dug out, to prove that Corbyn would only attend a Seder hellbent on the destruction of all Israelis. The fact that we have a number of Israeli members, who were present at the Seder, is of course irrelevant.

Ironically, the way people are going after us for our views on Israel-Palestine is part of the same problem at the root of a lot of anti-Semitism on the left: a profound lack of respect and understanding for the very complicated relationship most Jews have with the Jewish State.

But Jews have opposed the state of Israel for as long as we have supported it; in fact before the Holocaust, we non-Zionists were the majority.

Just as people on the left need to get that for Jews, Israel is more complicated than “settler colonialism,” people on the right need to respect our right to be angry with a state that claims to represent us, a state with which we have so many living and historical connections, and express that anger how we choose.