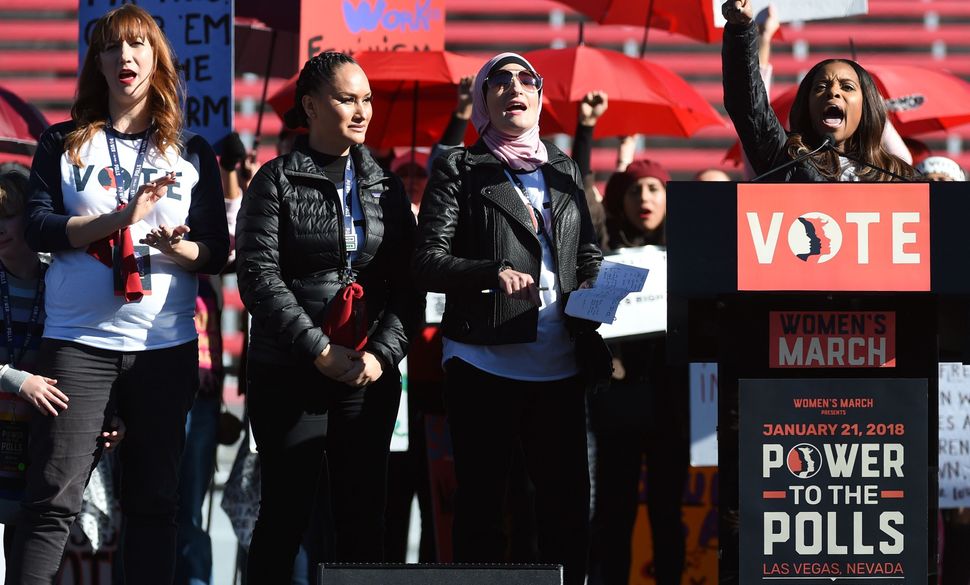 After the horrific and disgusting removal and arrest of two black men at a Starbucks that sparked national outrage, Starbucks decided to close down all its stores on May 29th to conduct racial bias training. In so doing, Starbucks reached out to the leaders of a number of organizations (including the NAACP and the Equal Justice Initiative) to help organize the training.

One of the leaders was also ADL CEO Jonathan Greenblatt.

This is a crucial next step in fighting implicit bias. We are proud to work together w/ @Starbucks and friends at @eji_org @naacp_ldf @Demos_Org and offer our expertise on this important issue. https://t.co/gF9SMKnil2

And then it happened — again: Tamika Mallory and Linda Sarsour managed hurt their own cause by attacking the ADL. Not Greenblatt, and not specific issues the ADL has faced in its past. They attacked the ADL as a whole.

In Tamika Mallory’s words (later deleted), “The ADL is CONSTANTLY attacking black and brown people. This is a sign that they are tone deaf and not committed to addressing the concerns of black folks. Be clear about what’s happening here.”

And Sarsour’s (later edited) comments noted that “Starbucks almost had me on their anti-bias training for all employees UNTIL I heard ADL was enlisted as one of the orgs to build their anti-bias curriculum. An anti-Arab, anti-Palestinian organization that peddles islamophobia and attacks America’s prominent Muslim orgs and activists and supports/sponsors US law enforcement agents to travel and get trained by Israeli military.”

I know activists have problems with the ADL, but full on assaulting it after being embroiled in a scandal about antisemitism is not even close to a good look for the @womensmarch leaders. pic.twitter.com/DJXz4hN1G4

Never mind that much of what they are critiquing the ADL for is actions it had taken under the previous CEO, Abraham Foxman. Never mind that Jonathan Greenblat has personally worked to make the ADL about more than just about fighting antisemitism, speaking up time and again for the rights of Muslims in this country. Never mind that the ADL is flawed, as are all organizations, but also happens to be the most prominent and respected Jewish organization fighting hate.

The leaders of the Women’s March just couldn’t help themselves.

Instead of calling out Farrakhan, the Women’s March promised us that their “external silence” was due to the fact that they were having private conversations with others so they could learn and grow. They asked us for time, asked us to hold our tongues.

In the meantime, think piece after think piece came out to help us empathize with Mallory’s alignment with an unrepentant bigot. And while these think pieces were incredibly valuable to this discussion, teaching many of the Women’s March critics things that they are better off for knowing, there was something missing in the articles and in much of the demand from both the Women’s March and its allies: a clear and unequivocal denunciation of the hated of Jews of Louis Farrakhan.

What those defending Mallory, Sarsour, and the Women’s March have done is put themselves in an impossible situation. They asked for quiet from their critics while demanding as well that the Women’s March leaders be allowed to continue speaking out forcefully for civil rights causes. In so doing, they’ve created a situation in which Mallory and Sarsour can publicly malign an organization that is devoted to fighting hate while also proudly standing behind a man whose entire life is hate.

In so doing, their supporters do not realize the unbelievable damage that Mallory and Sarsour are doing to the causes they hold dear. When they speak out, they manage to constantly create controversy and distraction rather than a concerted focus on a united front against hate. Instead, in Trumpian authoritarian style, they insist (as do their allies) that they embody the cause, they are the cause. By causing such controversy and demanding fealty all the while, they turn themselves into the ones we must empathize with, rather than the larger causes they represent. The leaders become the ones who must be constantly defended, instead of the vulnerable populations that they’re supposedly fighting for.

Meanwhile, multiple local Women’s Marches (which are separately incorporated from the national organization Mallory and Sarsour represent) have openly and strongly denounced the national leadership. A Planned Parenthood cancelled a speaking event with Mallory. A Jewish employee left during the controversy. And popular support of the organization, especially among its many Jewish allies, is eroding rapidly.

Every day that that Mallory’s and Sarsour’s actions go unchecked and rationalized away by its supporters is a day that their cause further suffers. Until the organization and its leaders commit to discussions that are larger and more public than private conversations with those who support them, these controversies won’t stop. Until some level of accountability beyond angry Jewish writers like myself expressing our displeasure is implemented, the Women’s March will continue to lose supporters. And until its allies understand all of these issues, they will soon find they’ve spent their energy fighting for a few leaders instead of their values and causes. And they will realize just how alone that has made them.