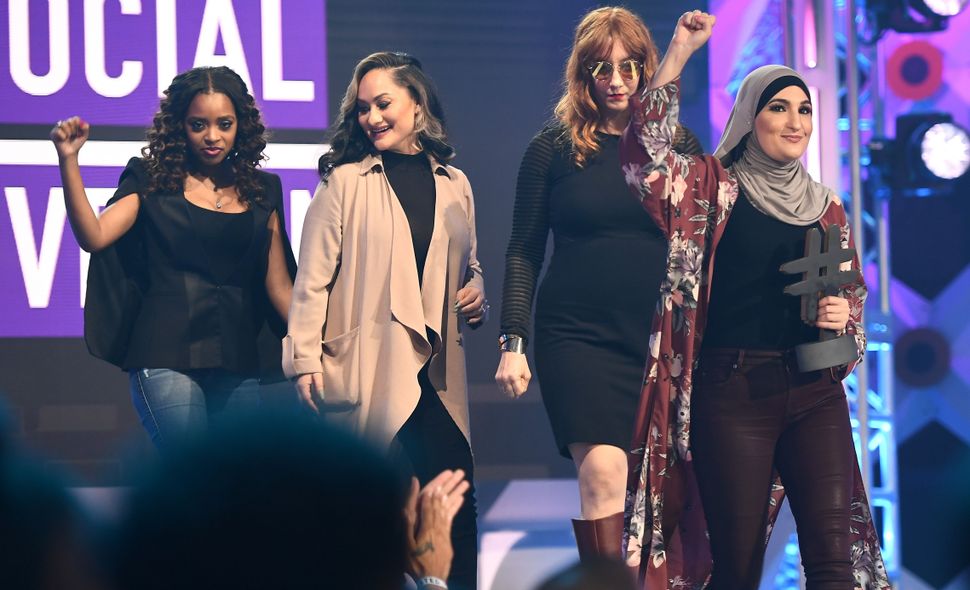 In 1996, the Anti-Defamation League settled a lawsuit accusing it of hiring spies to collect information on groups representing Arab and African-Americans. And in the years since then, it has often taken positions contrary to those held by pro-Palestinian groups. Both of these factors have generated concern among activist groups who may have been the target of surveillance or whose politics clash with those of the ADL.

These concerns came to a head with the news that the ADL’s CEO Jonathan Greenblatt would be among the civil rights groups and experts advising Starbucks following a racist incident at one of their stores in Philadelphia on Monday.

Leaders of the Women’s March, which was not included among the advisors, instantly voiced their concerns. On April 17, Women’s March leader Linda Sarsour wrote on Facebook that the ADL is an “Anti-Arab” group that “peddles Islamophobia” and sends American police units to be ”trained by Israeli military.” March leader Tamika Mallory tweeted just hours later that the ADL is “CONSTANTLY attacking black and brown people” and hoped other advisors would “keep ADL etc in line.”

Yet it did none of these. And it’s a shame. Intersectional activists should not be spending their energies keeping each other “in line.” They should be working to expand the tent of the movements they represent and bring visibility to people who have been omitted from narratives of oppression.

True intersectionality is hard. It requires recognizing the experiences of both the parts and the whole, and working through differences to find common ground — a process wholly absent from the Women’s March’s response to Starbucks’ partnering with the ADL.

For many Jewish or Israel-supporting members of the Women’s March, these social media posts are reactionary and hurtful. They capitulate to a level of pettiness that is below the dignity of the American progressive left, using claims that are sensationalist and outrageous.

But outrage cannot be the modus operandi for supporters of minority rights in America. Allowing our differences to divide us is contrary to who we are as a movement and as a country.

For Arab and Muslim-American civil rights organizations, suspicion and surveillance are a painful reminder of the intolerance these communities face at all levels of American society. In an era where the President of the United States supports establishing a national registry of Muslims, the ADL must be particularly mindful of the impact of its former stances on its relationships with activist groups. Greenblatt’s promise to register as a Muslim in any national database is an important step forward in this regard. Like many pro-Israel groups in the United States, the ADL must also better reconcile the balance between Israeli’s security and Palestinians’ human rights.

An intersectional movement must grapple with its differences in good faith. For activist movements engaging with Jewish and pro-Israel organizations, the following steps can facilitate the partnership that creates genuine and sustained social justice for all Americans.

The Women’s March has a message with broad resonance across America. But part of the reason this message resonates is because of the work the ADL has done to instill values of tolerance and acceptance in American society since its inception in 1913. Offering a vision moving these values forward is praise-worthy, but such visions must recognize that their success rests upon the work of those who have come beforehand.

Resist the temptation toward wedge issues

Excluding on face those who support Israel, regardless of their personal politics, is not an intersectional approach. Nor is it productive to let Israeli-Palestinian politics 5,800 miles away prevent meaningful change at the Starbucks across the street. Supporters of Israelis and Palestinians in the United States have an opportunity to lead by example, collaborating together to find common ground and achieve a just goal. Furthermore, interaction between Israeli and Palestinian supporters increases empathy. More engagement, not less, is the key to fostering respect and compassion in both communities.

Don’t speak on behalf of others

Intersectional movements let constituents represent their own experiences. The Women’s March would never tell LGBTQIA+ members, disabled members, or members of color which organizations get to speak for them. Doing the same for Jewish members, as Sarsour and Mallory did, encroaches on the right of American Jews to represent themselves. In an intersectional movement, no individual can be the self-appointed gatekeeper of someone else’s community.

Stay focused on the issue

It should not be beyond our reach as Americans to create a country in which two men of color can sit in a coffeeshop without the fear of arrest. That millions of Americans of color shoulder the constant fear of harassment, prejudice, and exclusion in 2018 is a state of affairs that those who love this country cannot accept.

Racial prejudice is an issue demanding our full attention. When we engage in intra-movement fights, no matter how important we feel they may be, it detracts from our focus on the issue at hand. Going after the ADL for its record on Israel may well be important to the Women’s March leadership, but it will do little to address the criminalization of Americans of color in the public sphere.

Conflicts are inevitable in intersectional movements. But when this conflict provokes movement leaders to call out rather than call in, it capitulates to the politics of division which underlie our country’s darkest impulses. It harms our solidarity as a movement to make exceptions and create exclusions when we focus on what divides us rather than remembering what unites us.

Navigating Jewish-Muslim and Israeli-Palestinian issues requires some give on both sides. But doing so requires each party to trust that the other approaches this process in good faith. Only through building bridges rather than walls can we truly stand for the values that make us all, regardless of our religion or politics, proud to be Americans.

Scott Weiner is a professorial lecturer in political science at The George Washington University in Washington, D.C. He researches gender and Middle East politics.