Natalie Portman Is Just The Latest Jew To Abandon Israel 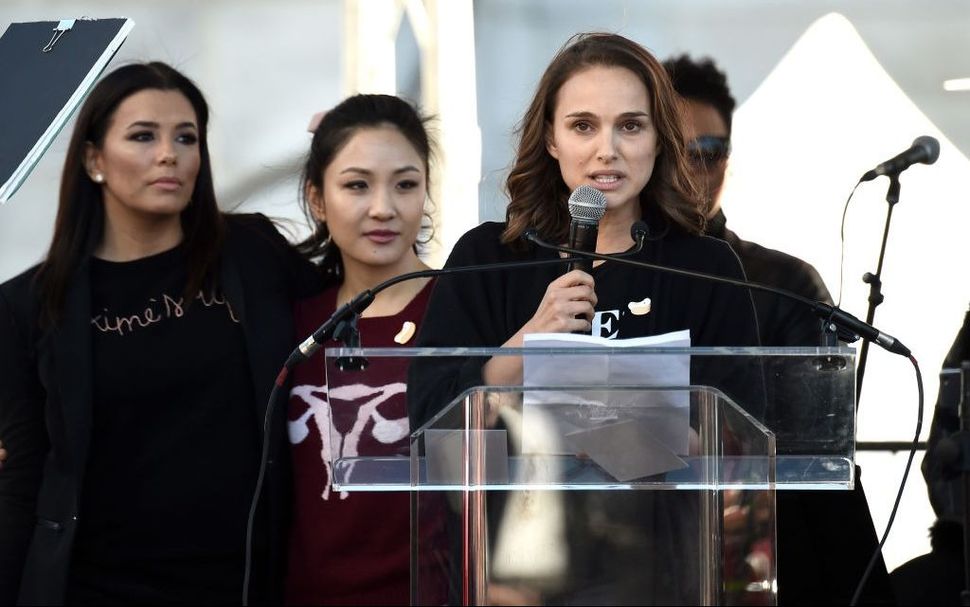 Recently a colleague, an American left-of-center media influencer, reached out to me, sharing the news that students at Barnard, that most Jewish of schools, had passed a resolution calling on the college to “divest from eight companies that profit from or engage in the State of Israel’s treatment of Palestinians.” She asked me why it is that Israel’s story is simply not heard, and how we could change that, given the increasing anti-Israel sentiment she sees all around.

The next morning, I woke up to the news that Natalie Portman would not be coming to Israel to accept the Genesis Prize she had won. The prize itself is $1M and a donor had doubled it. Her statement was vague, and her spokesperson declined comment according to news outlets. The Genesis Prize Foundation says it was informed Portman “does not feel comfortable participating in any public events in Israel,” and quoted a representative as saying recent events in Israel were “extremely distressing to her.”

We are left to guess what “recent events” she refers to as the reason she can’t accept the prize and take part in the ceremony (a lavish and moving affair I attended when Yitzak Pearlman was the recipient, which had zero politics but much advancement of the arts, helping those with disabilities, and connecting Jews to their heritage).

Portman is simultaneously being praised by anti-Israel activists for standing up to the apartheid and genocidal Israeli government, and being labeled a traitor by those who feel that she has handed the prize to those who hate us.

I don’t like conjecture, and I don’t want to assume anything, but left with little to go on, I can only imagine that from Los Angeles, Portman has seen the news, read social media, and formed opinions about what has been happening on the border of Gaza and Israel. For her, what she saw was “extremely distressing” and as a result, she is “not comfortable taking part in a public ceremony in Israel.”

Ok. But, here is the thing. When you hear something distressing about something you love, you investigate; you learn; maybe you even yell and scream and insist on change.

What you don’t do is give up, give in and turn away, leaving the mess to the vultures.

What Portman should have done in my opinion, is use this prize and the leverage that comes with it to have an impact. If she feels things are going wrong, she should talk to the people she feels are responsible. Without question, Portman could have met with government ministers, including Netanyahu.

Natalie, you have a stage — use it! Ask the Genesis Prize Foundation to invite Palestinians and Israelis to the event! Use your speech to call for coexistence. Spend a few weeks here with all of the bodies working to end the conflict. Become an ambassador! Take your two million dollars and invest in the future.

Yet, Portman did none of the above. She simply said a few words and walked away, turning her back on Israel, and those who work toward peace on both sides.

The only winner here is BDS and those who hate Israel. Those who were uncertain, who perhaps believed that there was more to the story than they were hearing, just got confirmation that Israel is the bad guy served on a silver platter by Portman.

Portman should know that this conflict is complex, that the media does not portray it accurately, that soundbites and buzzwords fly while accuracy and context asphyxiate. She should know that not everything she hears is as it seems.

And this is the main takeaway for Israel. That someone previously known to defend Israel has chosen to dissociate means that we are not doing our job, that the Israeli point of view and reality of the situation here is drowning in the Mediterranean before reaching other shores. It means that the narrative of Israel as an apartheid oppressive state that indiscriminately shoots unarmed civilians has become too loud for even for those who love us to stand against it, or that they have begun to believe it themselves.

Those of us who know Israel need to do a better job in making its complex reality understood, we need to speak out and speak up. Not in anger or by calling people traitors, but by sharing reality, and yes, by also accepting responsibility.

Natalie, we need you to accept your prize, to say your piece and to stick around.

Because the Israel you love is right here, behind the headlines.

Natalie Portman Is Just The Latest Jew To Abandon Israel