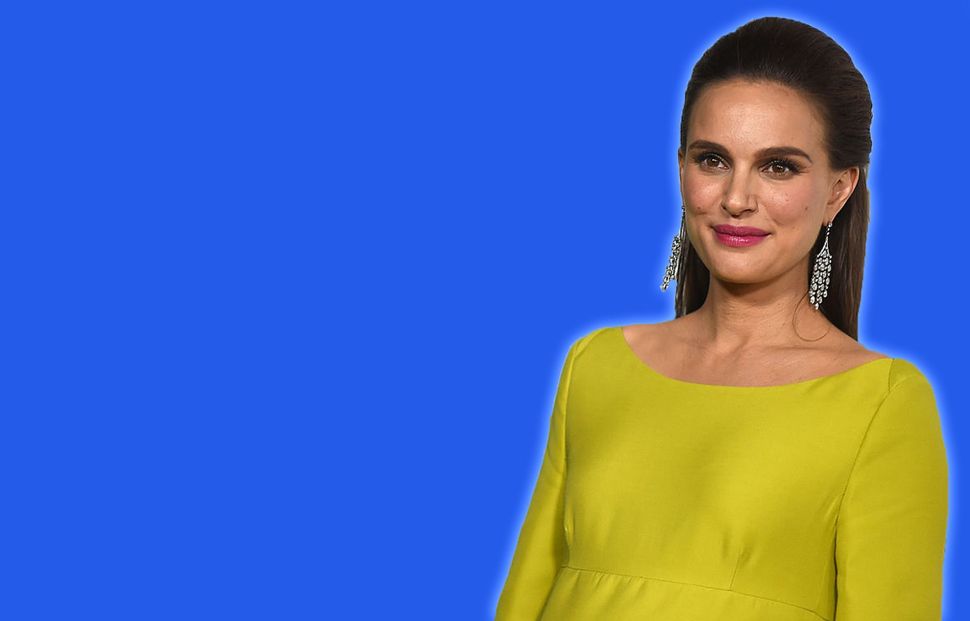 On Thursday, actress Natalie Portman set the Jewish world on fire. Portman, an Israeli citizen who was born in Jerusalem and moved to the United States at the age of 3, was set to receive the Genesis Prize in Israel in June. The prize has been dubbed the “Jewish Nobel” and is given in partnership with the prime minister’s office and the Jewish Agency. But the Genesis Prize Foundation announced that this year’s ceremony was being canceled after Portman informed them that “[r]ecent events in Israel have been extremely distressing to her and she does not feel comfortable participating in any public events in Israel” and that “she cannot in good conscience move forward with the ceremony.”

It is easy to dismiss this episode as meaningless. After all, there is something askew about giving a wealthy Hollywood actress a $2 million prize for inspiring the next generation of Jews. It is also easy to wave this away as the latest example of the BDS movement claiming a new celebrity victim who may not know any better or who feels pressured by her fans or environment. After all, “Liberal Hollywood Jew Criticizes Israel” is not exactly a headline that requires stopping the presses.

But it would be a mistake to view this as just the latest high profile incident in the struggle between Israel and its detractors, or to view Portman as an ordinary celebrity. Portman’s statement is significant because it actually tells a larger story about the relationship between Israel and the American Jewish community, and why the Israeli government is in the midst of making a critical strategic error that will have repercussions for decades.

Many Israelis, and the Israeli government itself, tend to view Jews who want to disassociate from Israel as belonging to one of two categories. Either they are self-hating Jews and inveterate haters of the Jewish state, or they are Jews who are so assimilated and disconnected from their Judaism and Israel that their connection is too ancillary to be meaningful. The idea that American Jews would criticize Israel from a place of deep connection and emotional investment is an option largely dismissed. Culture Minister Miri Regev responded to Portman’s decision by deriding the actress as having “fell like a ripe fruit into the hands of BDS supporters,” and of “joining those who see the story of the success and magic of the establishment of Israel as ‘a tale of darkness and darkness.’” In other words, Portman is now a pawn who is being used by true opponents of Israel. The Israeli government tends not to worry about American Jews who are uncomfortable with Israel because it believes that these Jews will disappear in a generation, and any connection they have to Judaism or feelings they have about Israel will be gone.

But when it comes to Israel, Portman cannot be so blithely dismissed. She has proudly embraced her Israeli lineage and her Jewish heritage. She speaks fluent Hebrew, has been a cultural ambassador for Israel through her adaptation of Amos Oz’s Tale of Love and Darkness, and knows the country intimately as a native. This is not a High Holiday Jew who once helicoptered into Israel for a couple of days. Portman’s connections to Judaism and to Israel are as strong as any American Jew’s, and perhaps even stronger given that she is actually Israeli by birth. That she is willing to make such a high profile statement in very publicly refusing to lend her credibility to a Genesis Prize shindig in Israel should terrify the Israeli government and stand as the ultimate cautionary tale. It demonstrates in the strongest possible way why Israel is making a serious error in judgment by dismissing Diaspora Jewish concerns as if they will soon disperse in the wind.

There are critics of Israel who truly hate the Jewish state, believe Israel is illegitimate, and want to see it disappear from the world. There are Jews around the world who want no association with Israel because they feel nothing for it and have no connection to it. But a very large number of American Jews fall into a different category. They care deeply about Israel and pray for Israel’s success, but they do not like what they see. As much as they love Israel, they do not want to lend their approval to Israeli actions that they do not support, and are unwilling to stand up and be foot soldiers in the battle for hearts and minds when their own hearts and minds are conflicted. This is whom Portman represents, and if the Israeli government thinks that people like this will go away or can be waited out, it is a level of myopia that is difficult to adequately describe. There will be long term consequences for the relationship between Israel and American Jewry, and also long term consequences for the U.S.-Israel relationship as American Jews continue to actively and proudly identify as Jews while signaling to their political leaders that their feelings about Israel are more ambiguous than they once were.

I do not know what precisely it is that is making Portman so uncomfortable that she is not willing to participate in the Genesis Prize ceremony. That the prize itself comes with the endorsement and partnership of the Prime Minister’s Office is unlikely to be coincidental, and I would venture to guess that Portman takes issue with Prime Minister Netanyahu’s recent policy choices, whether that be Israel’s response to the Gaza border march or Netanyahu’s treatment of African migrants inside of Israel. But it doesn’t really matter what it is that is making Portman upset so much as the fact that she is upset, and if Israel’s leaders want to dismiss her as being unrepresentative of a larger and permanent movement, they do so at Israel’s peril.