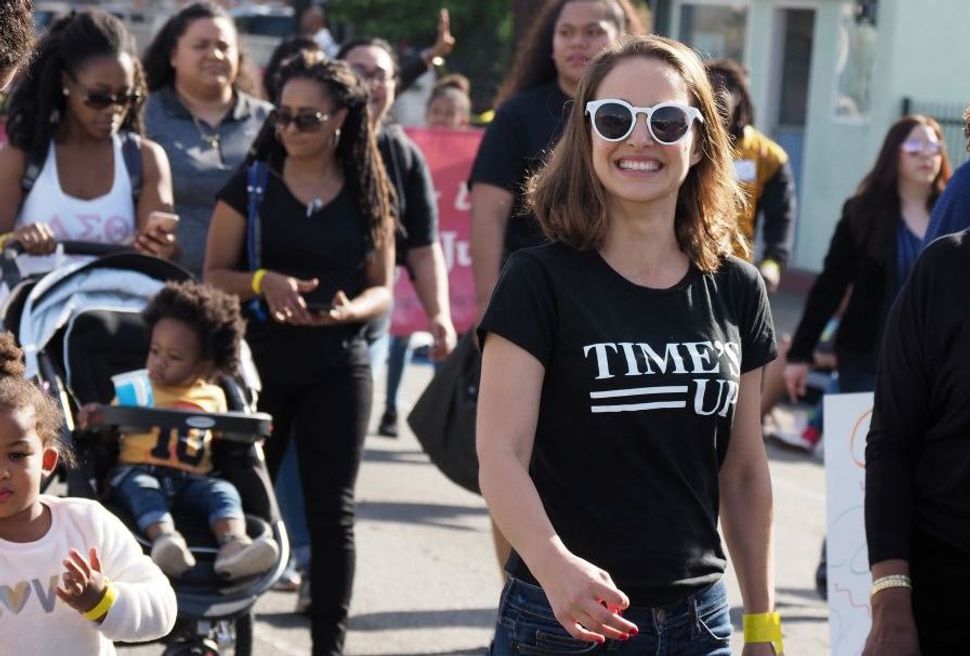 In today’s increasingly tribal, zero-sum world, there is no discussion more tribal and zero-sum than the one surrounding Israel.

Despite the plaintive cries of lovers of Israel that support for Israel does not mean one has to agree with every action Israel does, this seems to be the exact reasoning both the pro-Israel and anti-Israel camps have agreed on.

To criticize Israel, it would seem, means you are part of BDS, a hater of Israel, and a believer that it should be dissolved and the whole Zionist experiment eradicated.

And that is by people on both sides.

No moment better encapsulates this reality than the decision by Natalie Portman not to attend an award ceremony held in Jerusalem in her honor. The Genesis Prize Foundation, the organization behind the award which has been labeled the “Jewish Nobel Peace Prize,” is behind the award. But more to the point, and a reality that has been ignored by most commenting on the issue, it is an award that is awarded in partnership with the Israeli Prime Minister’s Office.

And as Portman made clear, “I chose not to attend because I did not want to appear as endorsing Benjamin Netanyahu, who was to be giving a speech at the ceremony.”

In other words, she was not boycotting Israel, or even the award. She was refusing to participate in a ceremony the prime minister of Israel was attending. It’s hardly different than NBA players refusing to meet with a certain president of the United States.

And yet, like hungry wolves fighting over scraps of loyalty, the pro- and anti-Israel movements have tried to paint her as an enemy of Israel.

And an admittedly marginal Israel MK called called for her to lose her citizenship.

Meanwhile, pro-Israel organizations in America like StandWithUs have ripped her apart.

And on the side, we’ve seen supporters of BDS write things like, “Actually, Natalie Portman, You ARE Practicing BDS,” in which writer Yousef Munayyer refuses to take Portman at her word when she says, “I am not part of the BDS movement and do not endorse it.”

And virulently anti-Zionist blog Mondoweiss could hardly contain their salivating with the headline, “Come in, Natalie, the water’s fine.”

Again and again, each camp treats Portman like an object to be used as opposed to a person with complicated thoughts and emotions who has made a thoughtful decision not to attend one specific event out of thoughtful, considered conviction.

This is the poisonous danger and evil of blind tribalism. One cannot criticize a side without being labeled a traitor. It is also the result of being so utterly lost in a world of soft-headed, hard-hearted conviction that it has become impossible to see how an act of criticism can come from love instead of hate.

And yet, that is exactly what Natalie Portman has chosen to do: critique specific Israeli actions and one specific leader because of her love for Israel.

Portman has done something vital for the future of Israel: She has reminded it and its detractors of a healthy way to have discourse. Not by trying to have two sides pulling against each other, with no space in between, and all on the other side evil, but through a position that transcends division. One where one can truly be critical of Israel and still hope for its well-being.

To supporters of Israel, this should be a gift. It’s a reminder that there are people out there who will fight for it even when they don’t agree with it. Portman’s statement spent more time on its love of Israel than its disdain of Israel’s current leader. And it has opened a possibility for those who are critical of Israel to not think the only option is to barge towards the anti-Zionist camp.

By getting so angry at Portman, blowhards on both sides have fed the narrative that supporting Israel means one can’t criticize it. And in so doing, they’ve pushed away a friend of Israel, basically encouraging her to join forces with extremists by already labeling her as such.

Meanwhile, the salivating anti-Zionist camp should realize that Portman’s statement has caused such a stir precisely because it does not represent their demonization of the state. By celebrating Israel and its humanity, she has sent a vital reminder that Israel is not a genocidal, Nazi-like regime. It is a complicated democracy that faces unimaginable obstacles towards achieving true, lasting peace. Until they treat Israel as such, they will continue to be relegated to the sidelines of the discussion around Israel.

Ultimately, Portman’s decision was a bombshell precisely because she does not represent the extremes that have dominated the PR battle over Israel. It was a fair critique, thoughtfully and articulately expressed without demonizing an entire country.

In a discussion where no one seems able to critique without demonization or support without blindly agreeing, we should be thankful that voices like Portman’s exist.