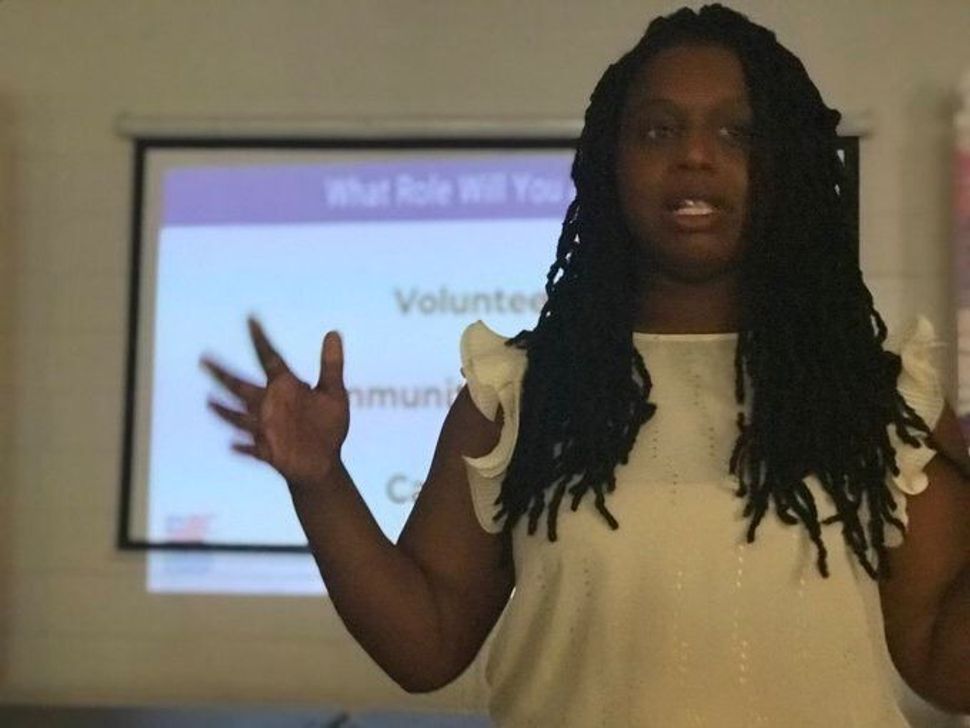 In 2018, the most important indicator of power might just be the question of who has a platform. Access to a platform means having your voice heard, something traditionally marginalized people have often struggled with, seeing as those who tend to have access haven’t been too anxious to let us in.

We take it where we can get it. Which is why it’s especially galling when a man with a huge, institutional platform uses his to impugn a woman of color trying to get her message out there.

That’s exactly what happened to me. But what makes it more that just an awful experience is what it tells us about the current political climate.

There’s nothing new about American institutions attacking and delegitimizing the work of Black activists and organizers. What’s new is that in the age of Russian election interference, journalists at establishment media companies are now using the Russia investigation as an excuse to mainstream these smear tactics. And it’s an affront to the activism of people of color that must be identified for what it is.

I am a Black activist. I was raised by politically conscious Black parents who believed in community-centered change. Following in their footsteps, my concerns are issues like racism, police brutality, and raising up marginalized people and those who would represent them.

As you can imagine, there isn’t much appetite for this kind of work in mainstream media. So I have my own podcast, and when I’m invited to speak to larger platforms, I do so, gratefully. 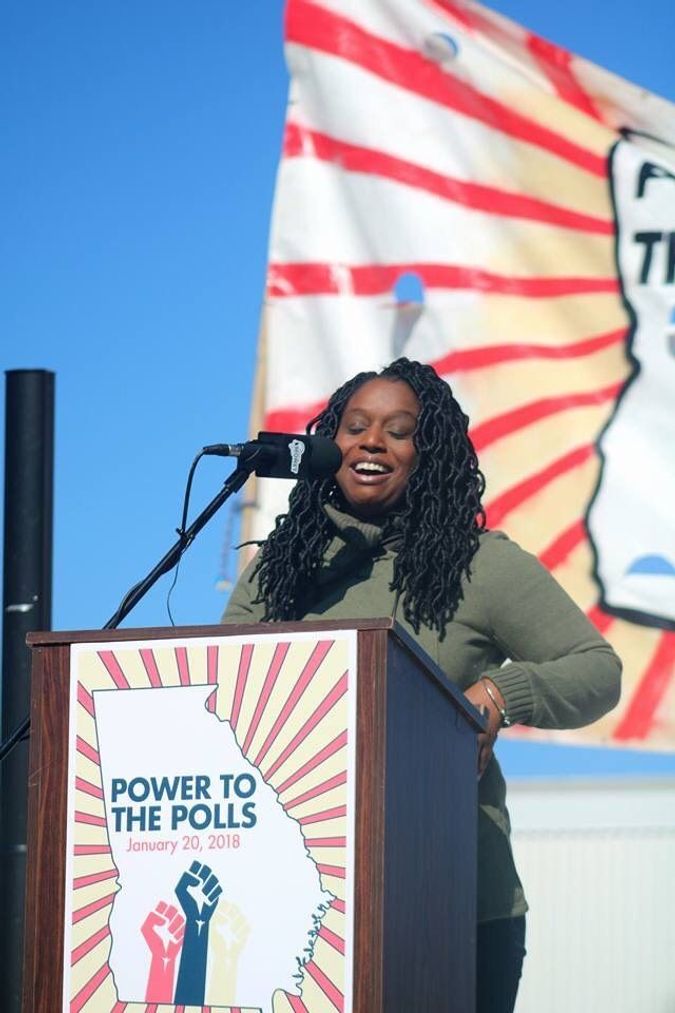 Recently, I took such an invitation and appeared as a guest on “By Any Means Necessary,” a radio show hosted by Eugene Puryear and Sean A. Blackmon on Radio Sputnik. Sputnik is a news agency established by the Russian government-controlled news agency Rossiya Segodnya. And yet Eugene, Sean, and their producer maintain editorial freedom in developing and producing their content.

I certainly maintain my independence when I go on their show, talking about the issues that matter to me. I do not consult with the Russian government before I speak my mind, nor do I care what they think about what I say. There aren’t a lot of mainstream platforms that give voice to left-wing Black activists, and Puryear and Blackmon do. On the most recent interview we discussed the glaring issues with Trump’s Economic Executive Order.

I have also been a guest on another Sputnick show, Loud and Clear, hosted by Brian Becker, about which I make no secret. On that show I debated non-existent voter fraud with a Heritage Foundation staffer.

Of course, it would be wonderful if American Public Media would host people like me at roundtables with robust discussions between people of color about topics like education, political engagement and organizing in a Post-Trump America. But they don’t, so we often find ourselves on other platforms.

So I was pleased when in early March, I was approached by an American Public Media reporter, Johnny Kauffman, after he ran across a piece of mine in The Nation called “Please Stop Calling Black Activism ‘Divisive’.” I was pleased that Atlanta’s public radio would be interested in my work, and happy to reach a wider audience.

In fact, that was how Kauffman sold the piece. I have sometimes felt that my message is being distorted by mainstream press, and after a conversation about that with Kauffman, I agreed to be interviewed.

I gave him hours of my time. My colleagues also gave freely of their time. I allowed him in my home.

What he put out there in the world in a four-minute radio clip was a staggering smear of me, my work, and my integrity.

The main point was summed up early on: “By agreeing to appear on two Sputnik programs, Changa gained something hard to find: a bigger platform to broadcast her political views,” Kauffman said. “But Changa’s association with Sputnik may put her credibility at risk, while furthering Russia’s effort to create chaos in the U.S.”

Instead of a reflective and nuanced account of who I actually am, the piece argued that I was simply a tool of the Russians. Who I am and what I stand for were simply swept aside because a professor Kauffman interviewed said that the radio shows I appeared on “are set up for the sole purpose of promoting the Kremlin line.”

In four minutes, Kauffman destroyed my credibility and my reputation, for the crime of not having access to the kinds of American state funded media that he, a white man, is freely given access to.

Instead of trying to raise up a Black woman activist, he chose to tear her down, from his perch atop Atlanta Public Media.

Of course, this episode was personally devastating. But it’s about more than just me. The way we frame narratives matters. And it becomes even more important when the person in charge of framing the narrative does not value or respect the individual who is subject to their analysis.

For this was Kauffman’s biggest mistake: a fundamental lack of respect for the struggle of being a person of color trying to get a platform for racial and social justice causes. And it was this fundamental lack of respect that led him to see me as a boob manipulated cynically by the Russian government, rather than a Black woman making a canny choice about growing her audience where she can — which is obviously not at Atlanta Public Radio.

So what if I think the Russia interference gets too much attention, robbing topics like Black Lives Matter and police brutality of airtime? Does this make me a stooge of the Russian government? Or is Sputnik the only place that would let me say something like that?

Independent commentators and journalists exist outside of mainstream spaces for exactly this reason. The innate need to uphold and defend the status quo limits meaningful discourse and dynamic conversations. Merely asking questions and expanding conversations laeads to attacks.

At the end of the day, this was a poorly done story in which a white man with a powerful platform sought to smear and tear down a Black woman.

And as such, it’s a familiar one.

Any student of history could tell you how anti-communist scares were used to attack Black writers. There were attempts to undermine Dr. Martin Luther King Jr. with allegations of communism. History is repeating itself with the rise of Cointelpro 2.0 in the guise of Black Identity Extremists and the use of social media to spy on Black activists.

But today’s model is a little more insidious, implying that Black activists are easily tricked. This is the subtext of the discussion around Russians who tried to trick Black Lives Matter activists during and after the election. But as Florida-based organizer Donna Davis, an organizer with BLM Tampa and the Mutual Aid Disaster Relief, said, “calling unsuspecting Black Americans the culprit in all of this illustrates the emergence of Cointelpro 2.0.” She went on, “When did earned media with an [international] outlet come to indicate espionage or collusion with a foreign power to bring about this country’s downfall? This is ridiculous.”

I’m not going to be silenced because of fear. People need to understand the nature of social media but also how little access Black people have to traditional forms of media before admonishing me for participating in a platform that is respectful of my insight and voice.

Acting as if there is a single bogeyman or that everything is automatically tainted is a real problem. There is nothing wrong with scrutiny and asking questions. There is everything wrong with distorting and misrepresentation Black women particularly when Democrats are content to ride on our backs.

Media outlets covering politics and how members of traditionally marginalized communities are engaging in these spaces should take a step back and do the internal reflection and work necessary for consistency and journalistic integrity.

Yes, we should question and critique platforms and those who engage in them. But to simply dismiss content and attack my work without context, nuance, or respect is unconscionable, and plays into some of America’s worst history.

Anoa Changa is an Attorney, host of The Way with Anoa podcast, and editor of the Peach Perspective blog.