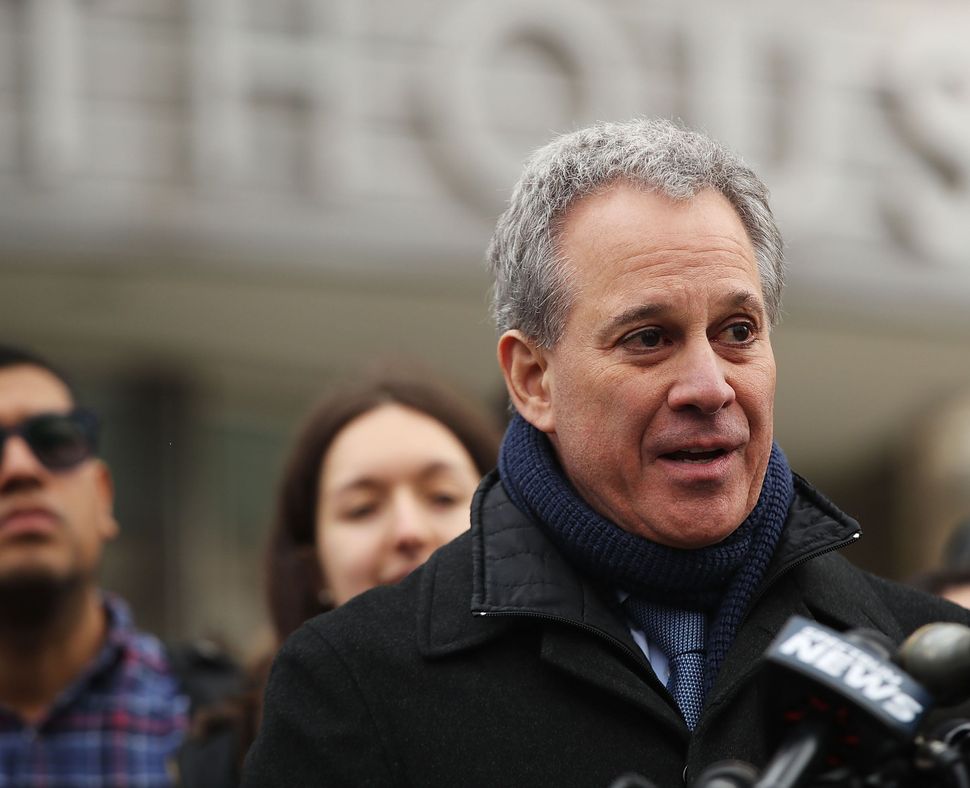 The news that Eric Schneiderman is accused of severely abusing women came as a shock to many people in the feminist community – although it shouldn’t. None of this should surprise us anymore. This problem of abuse crosses all classes, ethnicities, professions, religions, and geography. The dynamics of abuse across different corners of the world are uncanny in their similarities – even among abusers who seem to be charming, eloquent, and champions for women.

And now we are facing a painful truth: Even feminists can be abusers.

According to a detailed investigative report in the New Yorker, Schneiderman was living a double life. On the outside, he was a champion for women. As New York Attorney General, he was filing lawsuits for victims of sexual assualt and Harvey Weinstein, fighting back against Trump; as Senator before then, he was drafting legislation for victims of abuse. But at home, he was something else. He was beating up his girlfriends one after another. He was hitting them, using physical violence. He was also abusing them sexually, verbally, emotionally, and financially, for years.

The story about women being abused is hardly new. With an estimated one out of every six women living in an abusive relationship, this story should be quite familiar. Look around your office, classroom, or subway car and statistically, you will likely be looking at one or more battered women.

Nevertheless, the Schneiderman story, with its myriad of first-hand details that reporters in The New Yorker painstakingly collected and corroborated, is vital reading for three important reasons. One reason is that it shows the interplay between different forms of abuse. The physical abuse created a setting in which he could have his way sexually, whether with unwanted third-parties or unwelcome “games.” One slap, according to experts in this field, can drastically alter the dynamics of a relationship to enable abusers to get away with whatever they want, sexually and otherwise. The emotional-verbal component is also a key factor, in that the constant put-downs and insults weaken the victim’s defenses. One of Schneiderman’s victims became nearly anorexic as a result of the emotional battering. This article is a detailed chronicle of what abuse looks like, and how all the pieces intertwine.

The second striking aspect of this story has to do with the victims – all strong, smart, high-powered, feminist women. These are women who know better, and in some cases were initially attracted to the abuser for his feminist activism. The message is this: Anyone can become a victim of abuse. This is because abusers know how to wear down their victims’ emotions, to make victims doubt themselves and question what they know. To be sure, all the victims eventually got out, which is a great achievement. But don’t be fooled. Getting out of an abusive dynamic once you’re in it takes a lot of work and is one of the hardest things a person can do. The third and probably most shocking aspect to this story is about who the guy is. A man who has been so adored by women and feminists for his keen understanding of what women need, so willing to use his career to help women — how can someone like that be such a monster in private? Yep, it’s a thing. And it’s not just Schneiderman.

Remember, Harvey Weinstein marched for women’s rights. Feminists are not immune. Feminist men, and even feminist women, can be abusers. In the #MeToo era that we are in, I am sure that there are still shocking accounts waiting to emerge.

The lesson here about feminists who abuse is particularly painful, and difficult. I remember watching a man verbally abuse his wife in front of an entire congregation – an academic who regularly writes on feminist topics. This is part of the “Dr. Jekyll/Mr. Hyde” personality of an abuser. The double-life that Schneiderman seems to have been living is part of the get-up.

Yet, when we discover a feminist who is abusing, the loss is immense. We feel like we have lost an ally, fallen to the dark side.

This whole story is tragic. Yes, it’s great that the story is coming out and that victims are finally able to share. But the discovery of how deep our cultures of abuse run is nothing less than devastating.