For Palestinians, The Nakba Is Not Just A Tragedy But A Triumph 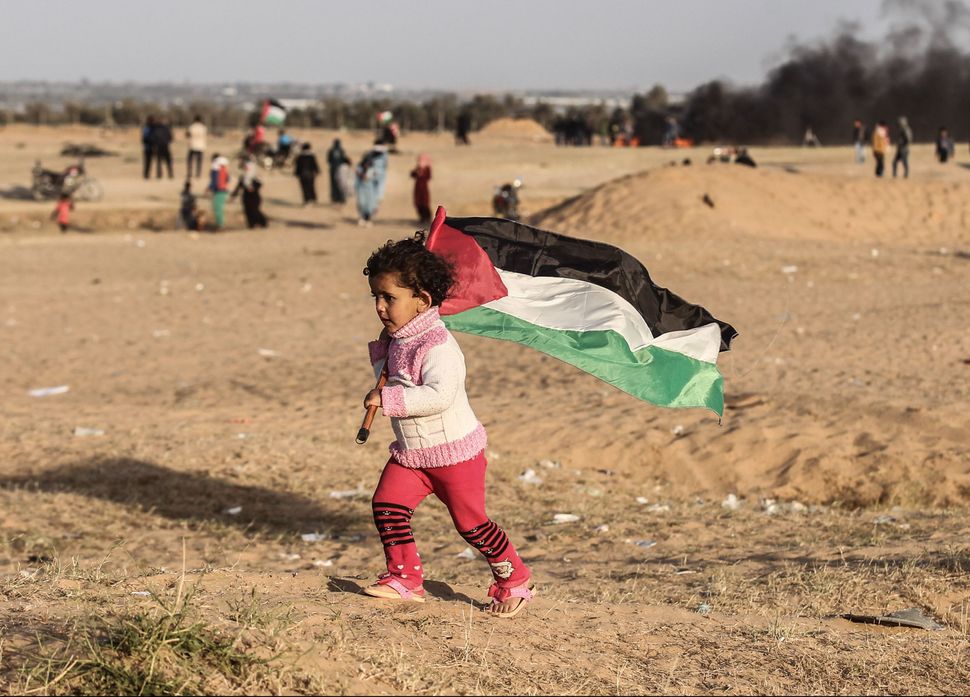 In 1948 my mother was three years old and living in the middle-class Ajami neighborhood on Jaffa’s coast. In April, Hagana and Irgun forces began mortaring the city, pushing Palestinians further and further towards the sea. My mother and her family rushed on to their fishing trawler and sailed north, first to Beirut, then to Latakia, Syria. They were among the estimated 350,000 Palestinians who became refugees before the start of the Arab Israeli war, which broke out on May 15.

That same year my father was 11 years old and living with his family in the southern Palestinian village of Barbara. In October, Israeli planes began strafing his village. When a bomb exploded in their neighbor’s field, my father and his family fled southward on foot. They ended up in the Gaza Strip, where most of my father’s extended family still lives today.

As the U.S. prepares to move its embassy on Jerusalem, on May 15 Palestinians around the world will commemorate the 70th anniversary of the Nakba, or “catastrophe,” when 750,000 Palestinians were expelled or fled from their homes during the establishment of Israel. Most of them and their descendants are still refugees today.

But commemorating the Nakba is not just about mourning a tragedy that happened long ago. It’s also about celebrating the resilience of the Palestinians today. Seven decades ago, they faced an existential threat to their identity as a people. Israel insisted that the refugees should be absorbed by the neighboring Arab states since they were all Arabs, indistinguishable from one another.

Two decades later, former Israeli Prime Minister Golda Meir famously insisted, “There is no Palestinian people.” Even some U.S. politicians claim the Palestinians are an “invented” people. But far from fading into obscurity, Palestinians’ national pride is stronger than ever.

Like marginalized peoples around world, Palestinians are proud they have held onto their identity in the face of enormous odds. They believe that their resiliency as a people — despite their lack of statehood — is a triumph worth celebrating.

For my parents, resiliency came in the form of education. Despite being refugees, by the late 1960s, they each held a Master’s degrees and were living in Libya, where they met and got married. They soon moved to the United States to pursue their doctoral studies, where my siblings and I were born.

We, too, faced challenges to our Palestinian identity. As Americans, we were spared the hardships that other Palestinians endured. Yet I learned early on that being a Palestinian in 1980s America was not legible to most people.

In fourth grade, my public elementary school was putting together a heritage night, and in preparation we had to ask our parents about our family backgrounds. I already knew I was Palestinian: two years earlier, I had visited my maternal grandparents in Egypt, and through my halting Arabic, I picked up on the stark differences between the Palestinian and Egyptian accents. I also saw symbols of Palestine throughout my grandparents’ home and heard them refer lovingly to “back in Jaffa.” That is, before the Nakba.

My dad proudly told me about his early life in Barbara, about relatives whom I’ve never met, about our flag. I was excited to carry this knowledge with me to school, but the next day I couldn’t find the Palestinian flag in any of the encyclopedias or flag books in our classroom. I started to draw the flag from memory, but my teacher didn’t believe I knew what I was doing and insisted I use a reference. Yet there was no reference to Palestine in my American classroom.

Some claim that by commemorating the Nakba, Palestinians are being intransigent and wallowing in past grievances. They argue that Palestinians should just accept a state on parts of the West Bank and the Gaza Strip, which Israel has been offering to them off and on for years. But having a Palestinian state without acknowledging what the creation of Israel did to the Palestinians of Jaffa, Barbara and elsewhere perpetuates the original sin of the Nakba. It cannot be the basis of true and lasting peace.

Others worry that acknowledging Palestinian refugees’ right of return would lead to the displacement of Israelis and constitute a “demographic threat.” But Palestinians have actually shown more flexibility in implementing this right that is often acknowledged.

In calling for the right of return, Palestinians are insisting that Israel admits to its role in displacing hundreds of thousands of Palestinians from the towns and villages to which they belonged. This specificity of their local roots in also a central tenet of Palestinian identity that has been passed down over the generations.

We see this today in the six-week long Great Return March in Gaza, where the majority of Palestinians are refugees and their descendants. Most Palestinians attending the March are joyously celebrating their Palestinian culture through performances and festivals. They are also remembering the specific lands and villages from which they come.

Scrolling through online pictures on the first day of the festival, I saw several young children in traditional Palestinian dress smiling and holding signs that read, “#We are returning” and “#Barbara.”

Perhaps they are cousins of mine whom I’ve never met because of the tragic separation of the Palestinians. But they also represent the triumph of a people who insist that the world know who they are and where they come from.

I hope Jewish Israelis join us in remembering our past so we can build a brighter future together.

Maha Nassar is an Assistant Professor in the School of Middle Eastern and North African Studies at the University of Arizona and a Public Voices Fellow with the OpEd Project. She is the author of “Brothers Apart: Palestinian Citizens of Israel and the Arab World” (Stanford University Press, 2017).

For Palestinians, The Nakba Is Not Just A Tragedy But A Triumph