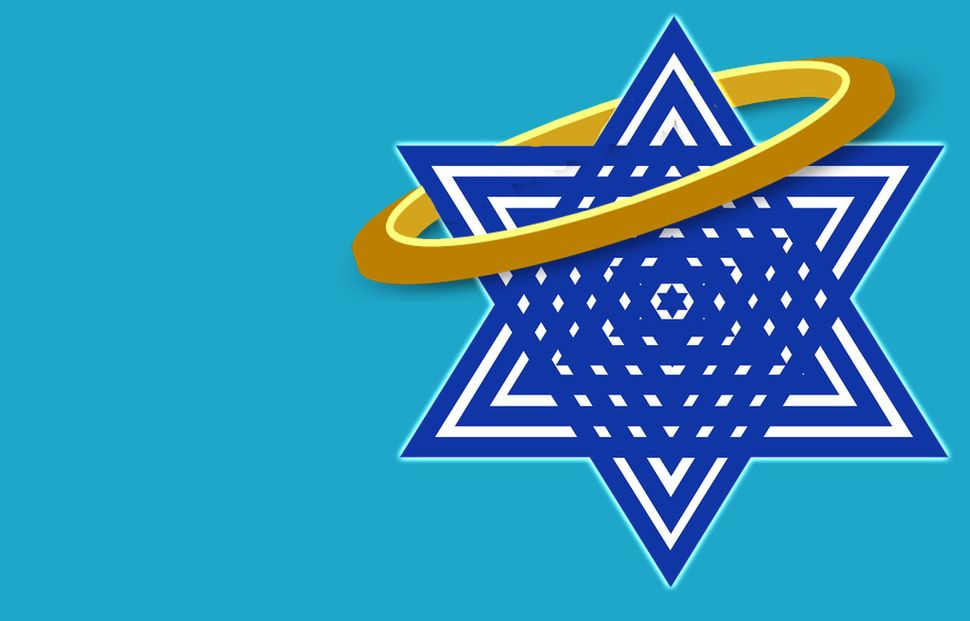 It is a truth universally acknowledged that any conflict between Israelis and Palestinians will be turned into a battle amongst American Jews to prove who is — and isn’t — a “good Jew.”

My social media feed is saturated with Jewish friends and colleagues declaring who fits into this category, and it is generally those who signal their utter shame at Israel’s response to the recent protests near the Israel-Gaza border. As noted by the Forward’s Opinion Editor Batya Ungar-Sargon, some Jews have also added flame emojis to their Twitter accounts or tweets in order to proclaim to their non-Jewish colleagues, “I’m one of the good Jews who opposes Israel!”

This kind of signaling isn’t new. As the 2017 Chicago Dyke March’s expulsion of three Jewish women who were carrying rainbow flags emblazoned with Stars of David demonstrated, in leftist, intersectional circles, Jews are often required to prove they are sufficiently anti-Israel before being accepted as a member of good standing. While being anti-Israel is certainly not the same thing as being anti-Semitic, it is generally those who are most adamant in their insistence that dismantling Israel has nothing to do with anti-Semitism who pressure Jews, rather than Zionists, to denounce Israel whenever there’s a conflict in the region.

Of course, this litmus test exists in both political camps. For those on the right, being a “good Jew” means standing with and never criticizing Israel, supporting the settlements unconditionally and blaming all Palestinians for Hamas’ leadership — and, therefore, all of the current bloodshed and chaos.

There’s a deep irony to this line of “good Jew” rhetoric. Core to the Jewish tradition is wrestling with difficult situations and struggling to make sense of complex narratives and arguments, rather than following easy, simplified paths. After all, one of the most iconic stories of the Torah is Jacob wrestling with an angel, a battle that ultimately results in the patriarch’s rejuvenated faith in God and new name, Israel, meaning, “to struggle with God.”

Using the “good Jew” framework is a substitute for this difficult work. For many American Jews in 2018, the easiest course of action is to blame Israel whenever a conflict erupts — and for all American Jews, it’s easiest to dismiss information that doesn’t fit one’s set views rather than wrestle with nuances and competing narratives.

But this thinking perversely hurts the legitimacy of critiquing Israel because it makes it nearly impossible to analyze how and when Israel is using excessive force and deserving of international censure. Pretending that Israel is always blameless is just as dangerous as ignoring Hamas’s insidious, deceptive ways. If one’s true goal is ensuring that Israel is acting appropriately and responsibly, then an honest recognition of reality is a prerequisite.

At the same time, Jews consistently exhibit one of the highest levels of support for Democratic candidates among religious voters. In 2016, 71% of Jews voted for Hillary Clinton, and the vast majority of Jews have backed the Democratic presidential candidate in every election since 2000. It is far from hyperbolic to say that many American Jews feel more loyalty towards the Democratic Party than towards Israel in 2018.

Moreover, Donald Trump’s decision to move the U.S. embassy to Jerusalem has made it even harder for many Jewish Democrats to take anything but a critical, partisan stance towards Israel. Although many have correctly pointed out that the protests are not a direct result of the embassy move and were planned well in advance, the optics certainly make it harder for Jewish Democrats, who reflexively (and often, understandably) embrace whatever Trump opposes, to find anything other than fault with Israel in the recent clash.

But actually being a good Jew requires more than toeing the partisan line. Being a good Jew means looking past the headlines and recent history — including taking the time to research the role of Hamas in the plight of the Palestinians.

Hamas has not only squandered funds and other resources that were intended to benefit their own people, but they play the PR game with Palestinian life. As the New York Times reported, “clerics and leaders of militant factions in Gaza, led by Hamas, urged thousands of worshipers to join the protests. The fence had already been breached, they said falsely, claiming Palestinians were flooding into Israel.” And as Reuters reported, Palestinian protesters, under Hamas’ stoking lies, “ignor[ed] leaflets dropped by the Israeli military warning residents not to approach the frontier.” Cruelly, just last week, Hamas reportedly would not let more than a dozen trucks full of food and diapers cross in from Israel to deliver much-needed supplies to Gazans. It’s still unclear why the fact that 50 of the 62 Palestinians killed in last week’s protests were members of Hamas, according to the organization, went largely unreported. And while some op-eds have mentioned that Hamas co-founder Mahmoud Al-Zahar openly admitted to Al-Jazeera last week that, “When we talk about ‘peaceful resistance,’ we are deceiving the public,” this seemingly critical element of context is largely absent from the coverage of the conflict.

These complexities go largely ignored. It’s far easier to post an article with a shocking headline in order to signal you are a “good Jew” who is woke enough to separate yourself from those “bad Jews” in Israel.

Of course, it is not just American Jews who succumb to this virtue signaling which ignores all nuance. The international community’s double standard towards Israel is nearly indisputable. If Nikki Haley and Samantha Powers can agree on one thing, it is that the United Nations has demonstrated anti-Israel bias. The UN General Assembly condemns Israel more than all other countries — combined.

Against this background, the international silence when it comes to Hamas’ terror tactics, instigation of violence and deprivation of food for its own people is deafening. Ironically, it would benefit the people of Gaza the most to scrutinize why Hamas’ desire to see Israel destroyed often supersedes their desire to see Palestine thrive.

But the “good Jew” rhetoric on the left leaves no room to grapple with this double standard — on either side of the political spectrum. On the left, it is largely ignored, no better than “fake news.” On the right, it is justification for distrust of even well-reported coverage of Israeli flaws and errors.

In addition to the quiet anti-Semitism that often accompanies the “good Jew” framework, it forces the majority of the Jewish community out in the cold. Where does the Jew who opposes the settlements, but also opposes the BDS movement, fit into the “good Jew, bad Jew” framework? Where does it leave the “Never Trump” Republicans who nevertheless love Israel? Where does it leave the Jews who believe Israel is, in fact, deploying excessive force, but also believe that Hamas is at least partially to blame for the bloodshed? Where does the Jew who is critical of Israel’s government but opposes a bi-national state from the river to the sea fit in?

Therein lies most pernicious part of the “good Jew” signaling: it has no space for the good Jews who want to grapple with the complex reality of the Israeli-Palestinian conflict and find practicable solutions.