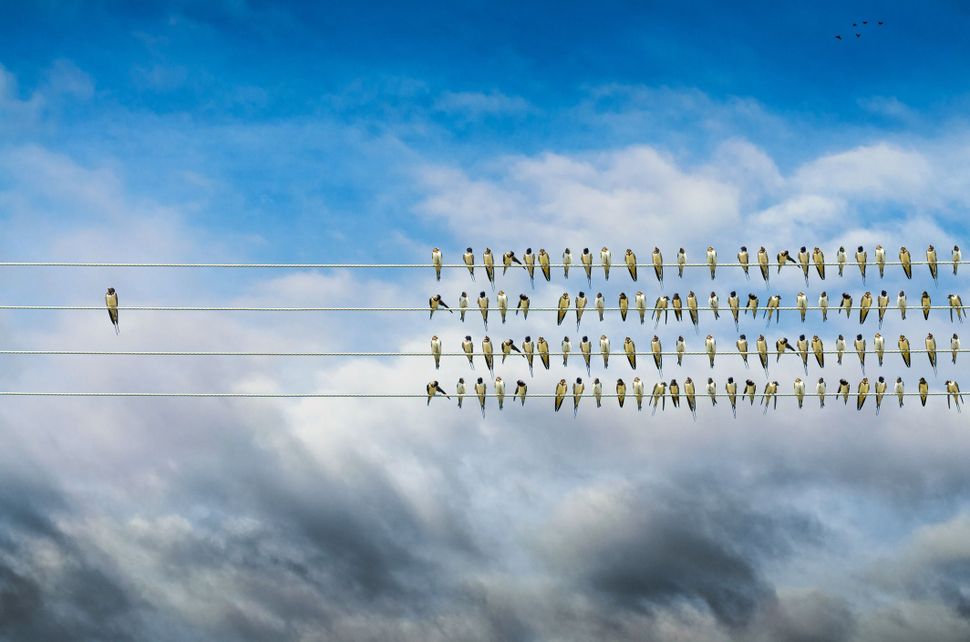 To be a “liberal Zionist” in the United States is to lead a lonely existence. It often means having few friends, aside from other liberal Zionists. It means you support the right of the Jewish people to self-determination in their historic homeland while simultaneously supporting progressive causes in your American homeland. It means wanting to have a place on the left, alongside Black, Latinx, and LGBT activists, because it means you react with horror at the Trump administration’s racist, misogynistic, and homophobic agenda. But it also means a denial of your right to have a place on the left, because the left – including prominent activists like Linda Sarsour, Tamika Mallory, and Shaun King – consider Zionism to be a white supremacist ideology that has decimated the “native” Palestinian population of the middle east through brutal colonial practices. And it means lowering your head in confusion and shame when the Trump administration offers unquestioned support for Israel while simultaneously enabling – even cultivating – the anti-Semitism of the Alt-Right. It means being homeless in America’s increasingly binary political landscape.

To be a liberal Zionist means having a position on Israel/Palestine, one that is rejected by the anti-Zionist left and the Zionist right. It usually means supporting a two-state solution based on the Oslo Accords, so that Israel can be secure, Jewish, and democratic without having to perpetuate the misery of the stateless Palestinian people. However unlikely this solution may seem at present, liberal Zionists cling to this vision; it is the only way they can intellectually square a commitment to universal human rights and to an ethno-national state. Both the right and the left view this position with contempt, seeing it as implausible, duplicitous, and dangerous. The right insists that a Palestinian state would never allow a Jewish state to exist securely, and even if it would, it is beside the point, because the land belongs to the Jews and the Jews alone. The left, conversely, insists that a Jewish state is by definition repressive because ethno-nationalism is inherently anti-democratic and can never protect the rights of minorities. The right insists that all liberal Zionists are hypocrites because they tolerate and occasionally engage in criticism of Israel’s government and the Occupation. Much like the right, the left insists that liberal Zionism is hypocrisy: their expression of concern for Palestinians is spurious, for if it were genuine, they would not be so hostile to the Boycott, Divestment, and Sanctions movement which seeks to make Israel into a pariah state in the global community until the Palestinians are liberated.

Liberal Zionists are forced to wage war on two fronts, a reality made apparent yet again last month when Rabbi Jill Jacobs, Executive Director of T’ruah, published an op-ed in the Washington Post, in which she explains “How to tell when criticism of Israel is actually anti-Semitism.” With delicacy and nuance Jacobs staked her claim as an American progressive and a liberal Zionist, neither exonerating the Jewish state for its continued occupation of Palestinian land, nor endorsing the American left’s “Israel as genocidal empire” narrative. What ensued was sadly predictable: a social media outrage mob and a relentless attack against her emanating from the left and the right. There is neither nuance nor middle ground for the left and the right. Israel/Palestine is a zero-sum game.

But liberal Zionism in America is not merely a political position. It is also an expression of American Jewish identity. Liberal Zionists believe that American Jews, much like other minorities who have suffered oppression throughout history, have the right to celebrate their Jewish pride in public, to be a so-called hyphenated nationality, like African Americans, Latinx Americans, and Asian Americans. This is the underlying premise of American multiculturalism as preached (if not always practiced) since the 1960s. And for liberal Zionists, being Jewish includes the right to engage with Israel, the right to express an emotional attachment to Israel, the right to practice and celebrate Israeli culture as Jewish culture. Liberal Zionists demand the right to show pride in Israel in public in America without having to shoulder the burden of solving the Israeli-Palestinian conflict.

For the American right, all hyphenated nationalities constitute a form of dual loyalty, a charge that has been persistently hurled at the Jews ever since the European Enlightenment offered the Jews emancipation in return for assimilation. For the left, the Jews are no less suspect, because being Jewish may imply support for Israel. For Tamika Mallory, the founding of Israel in 1948 was “a human rights crime.” For Linda Sarsour, “Palestine is the global social justice cause of our generation.” For Dr. Steven Salaita , a professor who lost his job for virulent anti-Israel Tweets that bordered uncomfortably on outright antisemitism, Zionism “is beyond redemption. It’s clear for anybody who cares to see it: there’s not enough space in the world for both Zionism and Palestinians.”

The left argues that they are not anti-Semitic, just anti-Zionist, and they also claim to welcome Jews with open arms in the social justice movement if they check their Zionism at the door. My response to them is: why should Jews be denied the right to express pride in their historic homeland and its culture when this demand is not imposed on any other minority? Why should Palestinian Americans enjoy the right to express their solidarity with Palestine in public when the Jews are not permitted? Nobody on the left has raised this question. Nobody on the left targets Chinese Americans for the oppression of Tibetans. Nobody on the left would dare confront a hijab wearing Muslim woman (such as Linda Sarsour) over Islam’s violent misogyny and homophobia as practiced in many (if not most) Middle Eastern and Central Asian states. If the left finds a Star of David “triggering” and demands that such inherently violent political symbols be left at home, then progressive Jews have every right to feel triggered by placards reading “Palestine will be free from the river to the sea.” To banish one and not the other is to impose a double standard on American Jewry.

There is no other ethno-cultural minority in America targeted with such ferocity from the left and the right. No other group is simultaneously branded as complicit in white supremacy and as false assimilators who threaten white ascendancy. And there is little that is new here; one need only look at late nineteenth-century political discourse to see how Europe’s Jews were simultaneously attacked by the communists as exploiters of the proletariat and by the proto-fascists who warned of the coming racial war between Aryan and Jew. The Zionists who emerged in this context believed that Jewish statehood would end anti-Semitism; that the Jews would henceforth be a “normal people” with a homeland, a flag, a language, and a destiny. They were wrong. If anything, the Jewish state has compounded the ways in which anti-Semitism is articulated today. The Alt-Right’s “Jews will not replace us” and Steven Salaita’s “there’s not enough space in the world for both Zionism and Palestinians” could have been articulated a century ago with little revision.

Liberal Zionists will continue to support Israel and yearn for an Israel that can thrive peacefully as a sovereign Jewish state in the comity of nations. It is an expression of their identity; their American Jewish identity. But they fear that America’s polarized political landscape is painting them into a corner, and they are being forced to choose between an unpalatable left that denies Jewish peoplehood and a dangerous right that accepts Jewish peoplehood so long as it exists somewhere other than here. Liberal Zionists fear homelessness. And in this sense, we bear the mark of our ancestors – our yichus: a people repeatedly denied the right to define themselves and ruthlessly coerced into homelessness.