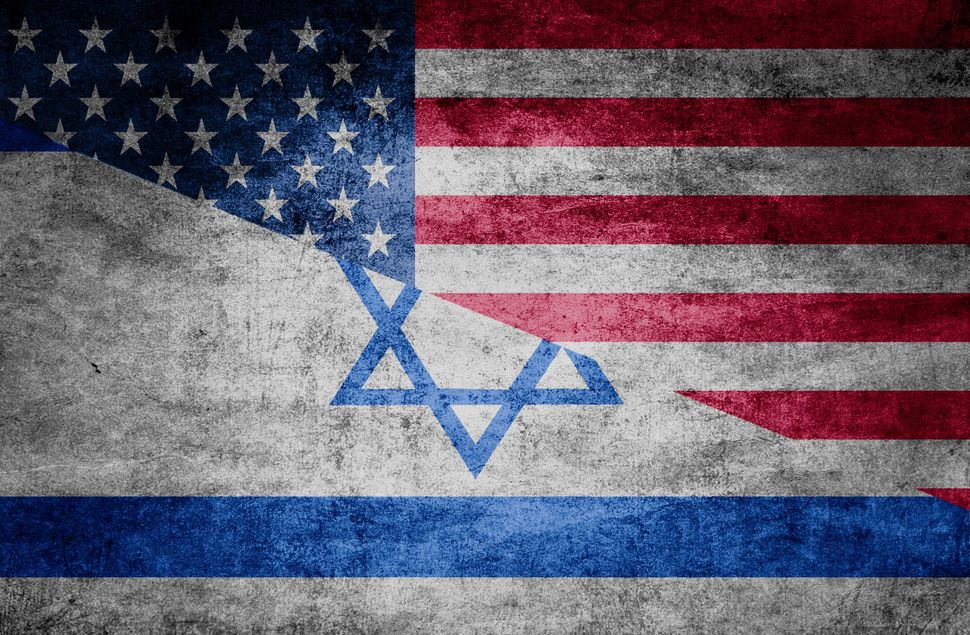 This weekend, the Jewish people came under threat. I don’t mean the people themselves so much as the idea that there is a single unified Jewish people, a concept that thanks to a new poll was revealed to be more of an anachronism than a truism.

The idea of Jewish peoplehood has been such an effective and popular way of describing the Jewish condition, because it captures the unique nature of Judaism and the Jewish experience – part religion, part culture, part ethnicity, part shared philosophical and emotional bonds. Jews have embraced the notion of ourselves as a people, and whether or not peoplehood still makes sense as a concept is up for debate. But there should be no debate remaining about whether or not it makes sense to refer to a single Jewish people.

It is starkly evident that American Jews and Israeli Jews have reached the point where their differences are overwhelming enough to think of them as distinct groups.

The American Jewish Committee released a new survey on Sunday adding to the growing pile of evidence that there are in fact two large groups of Jewish people in the world. The recent Pew surveys of American Jews and Israeli Jews demonstrated the gaps between the two groups regarding politics, religion, worldview, and the basics of what it means to be Jewish.

The AJC survey does not go into the same minute details on such a plethora of issues, although it does confirm the enormous gaps that exist on views of President Trump, the role of American Jews in influencing Israeli security policy, and religious pluralism, all of which stand in for the political, religious, and philosophical divides. But the AJC survey does add some new and important insight by asking both Americans and Israelis some key questions about the other.

These responses demonstrate a broad consensus between both groups that the future of the Jewish people depends on maintaining two independent centers of Jewish life, and that losing one or the other would cause long-term damage. The reasons for the responses may be easily surmised; the centrality of Israel to American Jewish life explains the attitudes of American Jewry, and many Israelis are ingrained with the idea that Israel’s security is dependent on a strong U.S.-Israel relationship that is helped along by an influential and politically active American Jewish community.

But the overwhelming desire on both sides of the ocean to have thriving Jewish life in both places demonstrates precisely why speaking of one Jewish people is a misnomer. American and Israeli Jews are endorsing a vision of separate entities that is critical to the overall project of Jewish strength and continuity.

This spells the end of the era in which David Ben Gurion could write to Simon Rawidowicz that he would concentrate every Jew in the world in Israel if he could because only in Israel is a full Jewish life possible, and Diaspora Jews can never be complete. There was indeed a point in time where speaking of a single Jewish people may have made sense, and aspiring to keep it that way may have been a worthy goal. Bu that is a world in which we are no longer living.

From a definitional perspective, speaking of a single people implies, borrowing from the language and definition of nationalism, a collective identity and common bonds that are built upon a shared history, a shared culture, shared values, and in many cases a shared homeland. Israeli and American Jews share much, but survey after survey shows divergent opinions on what it means to be a Jew, how one practices as a Jew and lives a Jewish life, and what values are inherent to Judaism.

From a historical perspective, 70 years after the founding of the state of Israel, American Jews and Israeli Jews increasingly do not share a true common history, nor will they share a common historical future. This is not to deny or downplay the intense bonds between the two groups, but to acknowledge the plainly obvious fact that as the two communities evolve differently as functions of their extremely different circumstances, they are going to look increasingly different.

It would, in fact, be bizarre to think or expect the two groups to be on the same page or to conceive of themselves as a single unit, and the artificial construct of a single Jewish people only raises expectations that will ultimately be dashed.

The AJC survey provides further evidence that the separation from one people into two peoples is already here. When asked how they view each other in the context of family, 28% of Israelis and 12% of Americans view the other as siblings, whereas 40% and 39% describe it as extended family and 10% and 15% as first cousins.

Admitting that there is no single Jewish people is not an admission of weakness, nor is it a denigration of Jewish solidarity. It is a recognition that the unprecedented historical successes of the state of Israel and the North American Jewish diaspora will guarantee the Jewish future, and that having it rest on two foundations rather than one will only make it stronger.