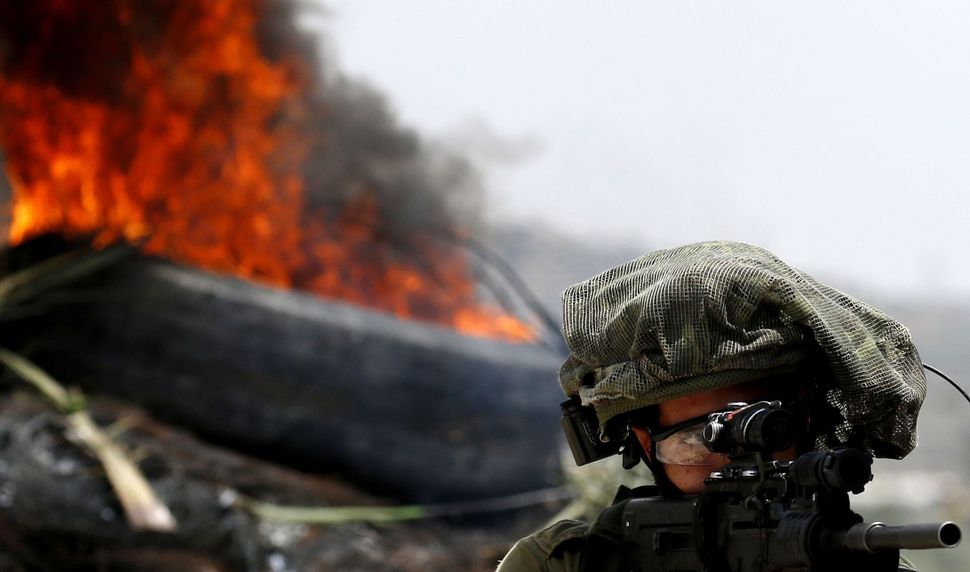 Whether liberal Zionism is a dead letter or merely on the ropes remains an open question. Jarrod Tanny’s recent piece on “The Loneliness of Liberal Zionism” is the latest salvo in this ongoing debate.

Liberal Zionists, Tanny tells us, are attacked from both the anti-Zionist left and the right, “forced to wage war on two fronts.” Tanny laments that liberal Zionists like himself feel increasingly “homeless” in America’s polarized political landscape.

While Tanny’s description of the experience of American liberal Zionists strikes a chord, the epicenter of the crisis lies in Israel and the Occupied Territories. That is where the tectonic shifts that are calling into question the very viability and future of liberal Zionism are located.

Simply put, the crisis of liberal Zionism stems not from the social and political isolation of its adherents — that is merely a symptom — but from the fact that the conditions necessary for liberal Zionism’s political vision are gradually being destroyed.

Liberal Zionism, or the belief that the national liberation movement of the Jewish people exists in tandem with these liberal commitments, is much more than a piece of American Jewish identity. It is a political ideology that aspires to a more decent, equal and just society in Israel, the contours of which are clearly laid out in Israel’s Declaration of Independence, which ensures “complete equality of social and political rights to all its inhabitants.”

But without policy to back it up, at best liberal Zionism will remain an abstract, utopian wish. At worst, it will evaporate into irrelevance and continue to exist in the minds of American Jewish intellectuals alone.

This is something that the early Zionists understood, and that the Israeli settler movement appreciates all too well: Political realities in Israel are created in one way: by facts on the ground.

Today, facts on the ground cast a giant shadow over the possibility of achieving liberal Zionism’s vision.

What is certain is that if liberal Zionism is to retain any purchase, there must exist some prospect, however slim, for its eventual realization. But recent trends within Israeli society are far from encouraging.

The rightward jolt of the Israeli political landscape has led to the normalization of racism in Israel’s political and public spheres, and has fueled attempts to undermine Israel’s democratic institutions and ethos. Minister of Justice Ayelet Shaked’s crusade against Israel’s Supreme Court, Culture and Sports Minister Miri Regev’s relentless attacks on the freedom of expression in Israel, and campaigns of incitement and intimidation against Israeli civil society organizations—these all epitomize what Ami Pedazur has aptly described as the “triumph of the radical right” in Israel. This government coalition includes the ideological heirs of Meir Kahane, the American rabbi whose party was banned from the Knesset in another era. What we are witnessing is the systematic erosion of the norms and values of liberalism and democracy in Israel.

While surely part of the global story of the retreat of liberal democracy around the world, these assaults on Israel’s democratic institutions and norms are driving a stake through the heart of liberal Zionism.

A steady parade of prominent Israelis, from former prime ministers to Israel’s security chiefs, have warned in the starkest terms about the corrosive effects of Israel’s illiberal trends. This past week, former Chief Justice Aharon Barak spoke out against the assault on democratic norms and the rule of law in Israel, warning that Israel risks becoming “a tyranny of the majority.” Retired Mossad Chief Tamir Pardo echoed these sentiments, and in a recent interview, lamented the dangers of expressing political views that contradict prevailing public opinion in Israeli society. Major General Yair Golan, the IDF’s former deputy chief of staff, compared the political climate in Israel to the early stages of German fascism in the 1920s and ‘30s. Former Prime Minister Ehud Barak went even further, warning that the “seeds of fascism” are infecting Israeli society. It would be a mistake to write these statements off as mere hyperbole; these are Israel’s political and military echelon sounding the alarm.

If the assault on Israeli democracy represents a major threat to the foundations of liberal Zionism, the other is efforts to render impossible a two state solution to the Israeli-Palestinian conflict. Liberal Zionists have operated under the assumption that a two state solution to the Israeli-Palestinian conflict is necessary to secure Israel’s future as a Jewish and democratic state. We simply assumed that sooner or later, the occupation would come to an end and an independent Palestinian state would be established. Liberal Zionists never fully contended with the prospects of what would happen if the occupation, a temporary arrangement applied to the Occupied Territories, became permanent. After 51 years of occupation, however, this seems to be exactly the direction in which Israel is slowly but steadily marching.

Indeed, perpetual occupation of the West Bank is fundamentally incompatible with the core tenets of liberal Zionism: Today, prominent ministers in the Israeli government—sensing a green light from the Trump Administration—are openly agitating for the formal application of Israeli sovereignty to the West Bank, without granting full civil and political rights to its Arab-Palestinian inhabitants. Let’s be clear: if (or when) the occupation is established as permanent Israeli policy, it will be difficult to argue that that situation does not warrant the label apartheid. Notwithstanding key differences between Israel’s control over the West Bank and the injustices of the apartheid regime in South Africa, there is no other word to describe a permanent occupation entailing the wholesale denial of the most basic political and human rights to 2.5 million Palestinians.

We appreciate that the word “apartheid” naturally elicits a strong reaction among Jewish and other supporters of Israel—not because it lacks descriptive power but precisely because it represents a searing and painful indictment of Israel’s conduct. To confront this political reality, we must use precise language to describe it. Simply stated: Israel is standing on the brink of what Ehud Barak called a “slippery slope toward apartheid.”

There is no more urgent task for liberal Zionists than thwarting Israel’s march toward the formalization of an apartheid-style rule over the West Bank. Rather than lamenting our isolation, liberal Zionists must throw our weight behind those Israelis fighting on the ground for democratic values and ideals in Israel. It is time to bring our collective moral, material, and political resources to bear on reversing this dangerous course, working with Israelis on the ground to secure Israeli democracy and bring about a resolution to the Israeli-Palestinian conflict. Only by facing up to the stark reality as it is without illusions or wishful thinking can we have any hope of pulling Israel back from the brink.

Harry Reis was a 2017-18 Dorot Fellow and formerly served as the special assistant to the CEO of the Anti-Defamation League. Yoav Schaefer, a former IDF combat soldier, was a 2017-2018 Dorot Fellow.