Five Years After Pew Study, Where Are We? 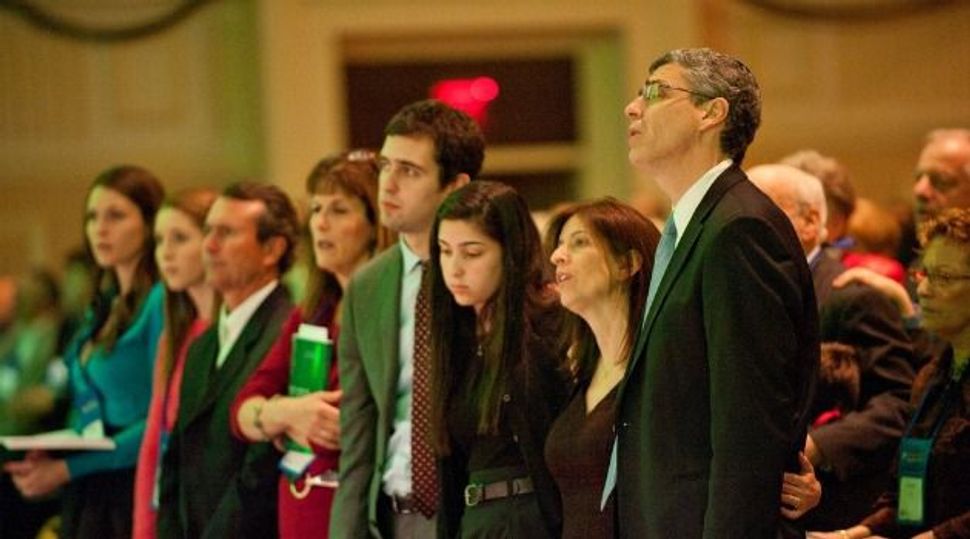 Rabbi Rick Jacobs wants to transform the Reform movement to make it sustainable for the future. Image by Courtesy of urj

The Pew Research Center officially released its Portrait of Jewish Americans on Oct. 1, 2013 at a venue in Manhattan. Several of those responsible for the landmark survey spoke, followed by a panel discussion about the findings moderated by Scott Simon of National Public Radio.

I was on that panel. It was a heady moment for me. Years earlier, I had approached the folks at Pew with the idea of doing an independent study of American Jews, which I felt was badly needed to dispel myths, generalizations and stereotypes, to give us the best data we could find to understand our various communities and denominations, and to appreciate our place in the American religious landscape.

This was a long, time-consuming and expensive endeavor for Pew to undertake, and as a member of the advisory board, I was convinced that the final results would have impact. But honestly, never in my most expansive dreams did I imagine that, five years later, we would still be debating, dissecting and davening over the findings.

Pew surveys many religious groups in America — indeed, that was one of the reasons I thought it would be so useful to add Jews to their list, so that comparisons were possible. (The main reason, though, is that they are the gold standard of this work.) Even so, I don’t think the evangelical Christians, the Muslims, or anyone else poured over their results with the same Talmudic intensity and communal anxiety that the Jews did.

I can’t even tally the number of stories and opinion columns, programs and lectures that were prompted by the survey. And theatrical productions: don’t forget Pew-ish, a group of millennial artists “responding to the new Jewish identity.”

Now, five years later, another round of analysis and soul-searching has begun.

It opened last week, when Pew hosted a fascinating gathering in Washington, DC to examine the survey’s effects, nationally and in local Jewish communities. I am still digesting all that I learned, but one salient point was made by Steven M. Cohen, the demographer who was a key advisor to the 2013 study: it’s important to remember that different groups chose to react to the survey in different ways.

The results showed that American Jews were moving away from traditional religious affiliations, assimilating and intermarrying in increasing numbers — except for the Orthodox. The Conservative movement, once the largest religious denomination, shrunk dramatically, which accounted for the general pessimism that greeted the findings from that quarter.

The Reform movement looked much stronger and therefore sounded more optimistic, but the truth is that the consequences of just about the ubiquitous intermarriage in that movement are a great, big unknown.

Orthodox Jews felt justified in their adherence to tradition, especially when the survey showed the growing popularity of that community among the young.

And the Israelis — which paid attention to these results much more than you might imagine — saw in the rates of assimilation and intermarriage ample justification for asserting that non-Orthodox American Jewry was, not to put too fine a point on it, doomed.

But is all that true? Over and over again, we hear that demography is not destiny. Have some of the dire consequences suggested five years ago been borne out? Or are American Jews creating innovative responses to social challenges that point to a more varied and hopeful future?

We’ll be exploring these questions and more in the coming months. Please send along your ideas to [email protected]

What else I’m writing. The results of another survey, by the American Jewish Committee, last week further illuminated the growing divide between Israeli Jews and we here in America. I had begun writing my own version of a “letter” to an imaginary Israeli before the AJC survey was published; its stark revelations only added to the urgency of my plea.

In this essay I tried to explain why President Trump’s moves to decimate American democratic institutions has created such anxiety among many Jews — and puts us diametrically opposed to Israelis, who give Trump the highest approval rating of just about any country in the world.

What else I’m reading. Last week was another dispiriting one for the fourth estate and for truth-seeking citizens. As Margaret Sullivan, the superb media columnist for The Washington Post, wrote, the president declared the news media the nation’s worst enemy; the secretary of state lambasted a reporter for asking about a public matter of national security; Trump’s campaign manager threatened to take away another reporter’s credentials because he had the nerve to shout a question at the president.

In response, Sullivan quotes the cognitive scientist and linguist George Lakoff, who argues that we in the media, even when we point out Trump’s false or misleading claims (3,251 at last count) only serve to amplify his propaganda. He argues that instead we should practice offering a “truth sandwich,” in which the spin offered by the White House is encased in facts and reality.

It sounds like a plausible approach. Unfortunately, the dangerous assault on the news media is not only coming from 1600 Pennsylvania Avenue (or a nearby golf course.) It is abetted by unscrupulous owners of news organizations — the kind that fire editorial cartoonists like Rob Rogers, late of the Pittsburgh Post-Gazette, for in his words “making fun of Trump.”

I hope this goes without saying but this is why it’s so essential to support independent, non-partisan, public media, so that we can do our job and hold our government and our communal institutions accountable to the people they serve. Like the Forward. (Donate here.)

Won’t you be my neighbor? The only Jewish moment in the new documentary about Fred Rogers is when he says “tikkun olam” in a recorded message, pronounced as only a Presbyterian minister from Pittsburgh could. But that’s enough for me to highly recommend this informative and inspiring film.

I was not weaned on Mr. Rogers’ Neighborhood, and frankly, it was not a mainstay of my children’s childhood. But after watching this film, I came to deeply appreciate his extraordinary understanding of a child’s inner mind, and the courageous stands he took — against racism, homophobia and fear of the disabled — in his own quiet, nerdy way.

Mr. Rogers’ message of love and respect for all cannot be heard enough these days. Watch it.

Looking forward. I’ll have a column published shortly about Stephen Miller, the White House senior policy adviser who devised and stands behind the administration’s controversial decision to separate refugee families at the border.

As always, I welcome your comments on that and anything else at [email protected]

Five Years After Pew Study, Where Are We?