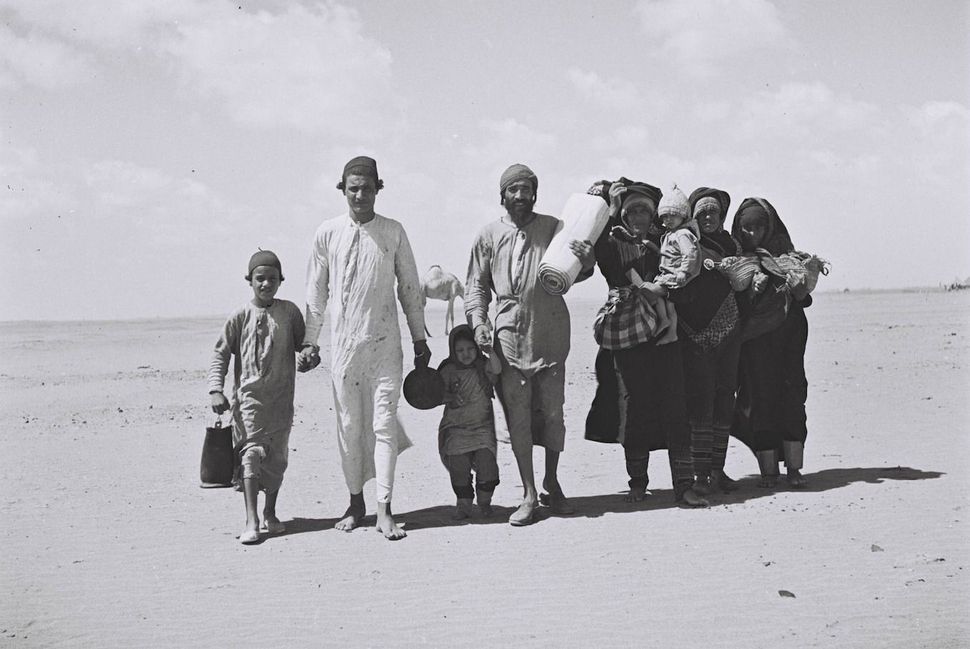 I have an aunt named Malkah who I may never know, because she was kidnapped from a Jerusalem hospital in 1961.

I didn’t even know that Malkah existed until two years ago when my grandmother, Aisha Biton, passed away, and a chapter of her life, hidden for most of mine, came into the open.

Aisha emigrated to Israel-Palestine from Morocco with my grandfather, Moshe Biton, in 1956. My grandparents were among hundreds of thousands of Jews who, after centuries of living in the Middle East and North Africa, were recruited by emissaries to make aliyah, expatriated by their native countries and left without citizenship, or forced to flee a surge in anti-Semitism across the Arab world during a time of intense political upheaval. 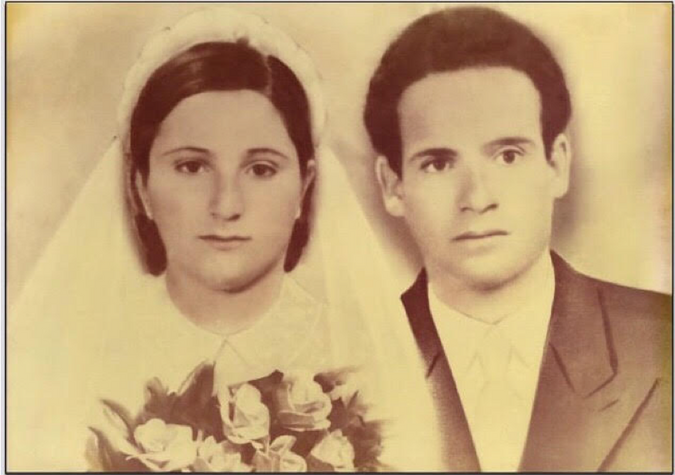 The author’s grandparents, Aisha and Moshe Biton, on their wedding day in Ouarzazate, Morocco, in 1953. Image by Hannah Goldman

My grandmother was 15 and pregnant when she arrived in Israel-Palestine. She was forced to change her Arabic name, meaning “she who lives,” to the Anglicized “Alice.” Like many Mizrahi immigrants at the time, my grandparents were placed in a ma’abara, or transit camp — a sort of halfway house between the Arab country they came from and the Israeli society they sought to enter. A year later, they moved to a development town called Beit Shemesh.

My grandmother gave birth to her daughter Malkah, which means queen in Hebrew, on February 27, 1961, in Jerusalem’s Bikur Holim hospital.

When Malkah was four months old, she developed a serious fever. Nursing staff at the hospital took her and instructed my grandmother to come back the next day. When she returned the following morning, the nurses told her that Malkah had died.

My grandmother demanded to see Malkah’s body, but the nurses told her she had already been buried. They refused to tell her where Malkah’s grave was, and would not give her an official death certificate.

Her child was gone with no explanation and there was nothing she could do. She was a poor Moroccan immigrant woman who could not speak or read Hebrew. She had no means to advocate for herself, to fight against the Israeli state. So she returned home, burying her grief and the story of her lost child.

My grandmother was far from the only woman to endure this trauma of family separation. Thousands of immigrant families have come forward to tell of babies kidnapped between the late 1940s and 1960s, the majority between 1948-1956, in what has come to be known as the “Yemenite Children Affair.” Most of the affected families came from Yemen (some have estimated that one in eight Yemeni children were kidnapped during that period), but many immigrants from other parts of the Middle East, North Africa and the Balkans also lost their children. A certificate provided by the Israeli Ministry of the Interior to the author’s uncle in 2016, stating the dates of birth and death for Malkah Biton. Image by Hannah Goldman

Most of the kidnappings followed a similar pattern, as documented in thousands of testimonies gathered by Amram, an Israeli organization leading the fight for recognition of and accountability for the affair. Parents entrusted their children to nurseries or hospitals, and, within a few days, were told that their children had died. In most cases, there was never any proof of the child’s death. Some families eerily received military draft notices for their supposedly deceased children years later.

Because of the diligent gathering of oral histories from these families and medical staff from both hospitals and immigration camps, we now know that some of these children were adopted by Ashkenazi families in Israel-Palestine and the United States or used for medical experiments, all without the knowledge or approval of their parents. These parents are now grandparents and great-grandparents who are still looking for answers and fighting for accountability. To date, the Israeli government has never officially recognized this atrocity and continues to deny the magnitude of kidnappings that occurred via stated-sanctioned hospitals and other public institutions.

These kidnappings occurred at the hands of a state that had, just a few years prior, forcibly displaced hundreds of thousands of Palestinians, turning them into refugees in their own land, separated from their families by new borders. And despite the stark differences in policies toward Palestinians and Mizrahi Jews, the Israeli government’s behavior toward both groups then, as now, shared a crucial feature: the determination to mold the new state and its society into a white European model, with all of the racist attitudes toward Arab people — Jewish or not — that came with it.

My grandmother went on to have several more children and lived until the age of 75. Aisha, she who lives. She did live — a long, full and joyful life, yet with a deep, unresolved wound from which she never truly recovered. 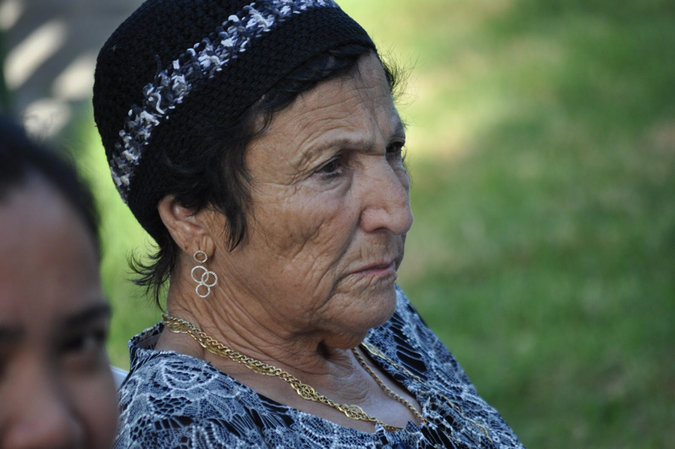 The author’s grandmother, Aisha, toward the end of her life. Image by Hannah Goldman

Near the end of her life, my father tells me, she talked incessantly about the daughter who was kidnapped. She had seen reports on TV of other Mizrahi families, crying out for justice for their stolen children. She realized that the pain she had buried all those years ago was not hers alone. That other families shared her doubts, her unresolved grief. So she began to resist in the most immediate way she knew how – by telling her story. She ensured that Malkah’s memory would not die with her.

I joined Jews For Racial and Economic Justice shortly after my grandmother’s death. I wanted to fight for justice alongside all communities impacted by racism and economic exploitation. In our Mizrahi/Sephardi Caucus for Jews from the Middle East, North Africa, Central Asia and the Balkans, we reconnect with our diasporic histories, using them as blueprints to understand the present and envision an alternative future — both locally and globally.

As I’ve witnessed the separation of families at the U.S./Mexico border, I can’t help but think of Malkah. Even as many in the Jewish community draw powerful connections between the U.S. government’s devastating new policy and the legacy of child separation during the Holocaust, I think of another legacy: the Mizrahi babies taken from their mothers by the Israeli state, a policy still unknown or silenced within our own Jewish communities, which produced decades of denial, secrecy and intergenerational trauma.

Yet activists in Israel-Palestine are working to end this entrenched culture of silence. On Thursday, hundreds of Mizrahi families are gathering for the second annual Day of Recognition for the affair, organized by Amram and the Forum of the Families of Children of Yemen, the East and the Balkans, to demand recognition, transparency, compensation, and accountability from the Israeli government.

I ask my community, which has been so vocal in protest of today’s immigrants being separated from their children, can we face this story, too? Do we have the strength to look internally and accept how, like so many oppressed peoples, we’ve also learned, internalized and enacted methods of racist violence that had previously been deployed against us?

Our diverse histories as Jews teach us that family separation takes many forms. And as we fight against the separation of families happening in the present, we must also acknowledge the theft of children that looms in our past. Until then, the past remains an open wound, and we are ill-equipped to prevent this violence from occurring in the future.

Hannah Goldman is a writer and actor based in Brooklyn. She is an active member of JFREJ’s Mizrahi/Sephardi Caucus and IfNotNow. You can follow her rantings and ravings on Twitter @imhannahgoldman and learn more about JFREJ at jfrej.org or @JFREJNYC.

You can read testimonies of families whose children were kidnapped on the Amram website, recently translated into English, here.

Join JFREJ in critical fundraising in this moment for Mijente, a national hub for Latinx and Chicanx organizing. They’re organizing rapid response actions in Texas and California in the next few weeks, and need urgent funds to support travel and supplies. Donate through JFREJ’s fundraising page here.