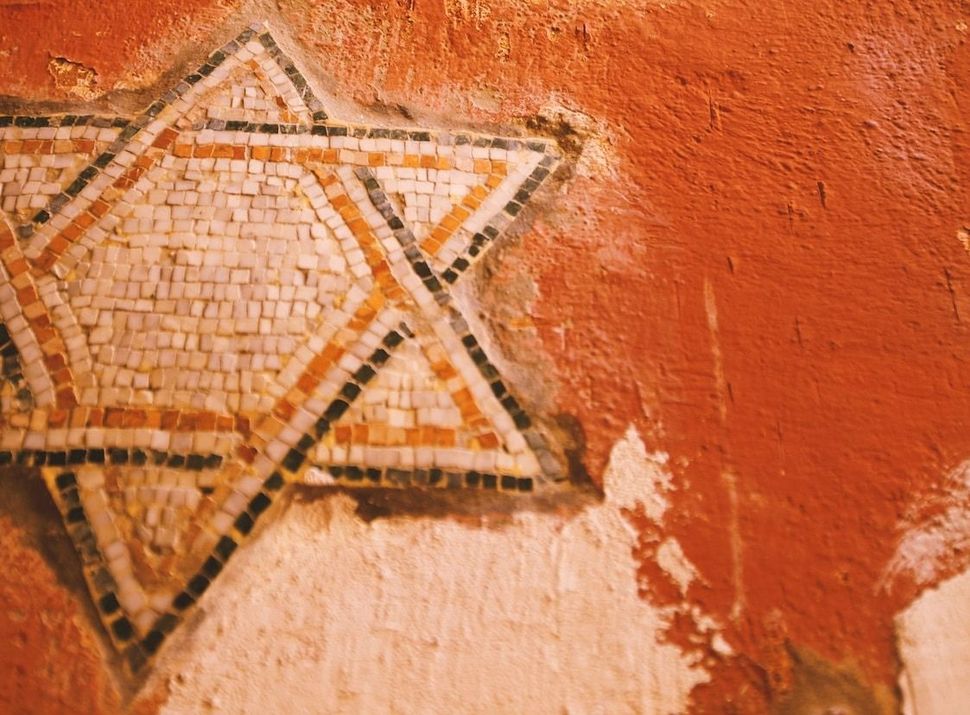 A Star of David in Rome, Italy. (Photo by Ben Ostrower/Unsplash) Image by Unsplash

Appearances can deceive. One year ago, on July 1, 2017, I started a new job as President and CEO of the Center for Jewish History (CJH) in New York. A mere two months into the job, in early September, I began receiving a torrent of threatening emails from P.R. executive Ronn Torossian, memorably described by Jeffrey Goldberg as “the most disreputable flack in New York.” Among other reasons, Torossian was outraged by my association with the New Israel Fund, an organization on whose board I sit.

The emails soon morphed into a two-month public campaign to have the Center for Jewish History board fire me. The CJH board did not fire me, but rather stood solidly behind the principle that my political views had nothing to do with the job I was asked to undertake.

I remain grateful for the board’s steadfast support to this day.

Fast forward to last week, when I announced that I would be stepping down after only one year as President/CEO of the Center. The Forward’s story of June 29 carried the headline “David Myers Quits As Jewish History Center Head After Right-Wing Attacks.”

I can understand how the timing might make it seem as if such attacks led to my resignation, even though I emphasized repeatedly that they had nothing to do with my decision. Since then, a number of stories have appeared that affirm the narrative line that I bowed to right-wing pressure.

Here is an object lesson in journalistic and historical practice. We naturally assume a causal link between event A and event B because of their contiguity in time. But this is where appearances deceive.

History abounds with examples of events close in time that may not have any direct causal link. Let us recall a few examples from early-modern and modern Jewish history:

Each of these cases suggests a convenient causal link. But scholars who have undertaken research into these episodes are not at all convinced, despite first appearances, that the links withstand serious scrutiny. Meticulous inquiry enables us to push past a superficial — and, at times, sensationalist — reading to ferret out more subtle and complex insights.

This very same impulse to make facile assumptions about chronologically proximate events occurs all the time in our everyday lives. Sometimes it behooves us to pause and probe a bit deeper beneath the surface. For example, Ronn Torossian and his band of merry mischief-makers had nothing to do with my decision to leave the Center for Jewish History. Since late October, I’ve hardly had occasion to think about them and, by late spring, when I was arriving at a final decision, I had altogether consigned their campaign to a distant memory.

So why then decide to leave the Center, especially since I have loved my time here and feel privileged to have worked in what may be the world’s greatest archive of Jewish historical documents? The records contained in our partners’ collections offer a sweeping and magisterial view of the Jewish past. The staff is exceptional, the facilities are world-class and the experience of spending time in the Center, for scholars and the general public alike, is wonderful.

Given all that, it was difficult, even excruciating, to decide to leave. But in the end, the gravitational pull of home won out. This past year, during which I travelled regularly between Los Angeles and New York, made clear how much I, a confirmed East Coaster, belong in California. My wife and intellectual partner, Nomi Stolzenberg, is happily ensconced at the USC Law School. We are part of many rich and enriching communities in L.A. And I have the good fortune of teaching Jewish history to great students at one of the world’s most outstanding universities, UCLA.

There is another factor to mention. When I signed on to head the Center, I knew that the position would require me to still my voice on important political issues of the day. This was a pledge I willingly took on, since it is far too easy to conflate the personal views of an institution’s leader with the institution’s official policy. I have always accepted this logic when in positions of administrative responsibility.

And yet, especially today, it is challenging to refrain from commenting on a world aflame with incivility, lack of compassion and threats to democracy. When I step down from the Center in August, it will not be easy to leave behind the daily rhythm of life in a great archive. But it will be possible to regain my voice on inyane de-yoma, matters of the day that call out for informed and passionate engagement.

A final note: Ronn Torossian has emailed me a couple dozen times since Friday to take credit for my decision to leave and assure me that my reputation is irredeemably damaged. I have no way of knowing whether he’s right about my reputation, but I do have it on pretty good authority that he and his friends played no part in my choice to step down.

David N. Myers will step down as President and CEO of the Center for Jewish History on August 23.