I Don’t Believe Barry Freundel — Or Ari Shavit Either 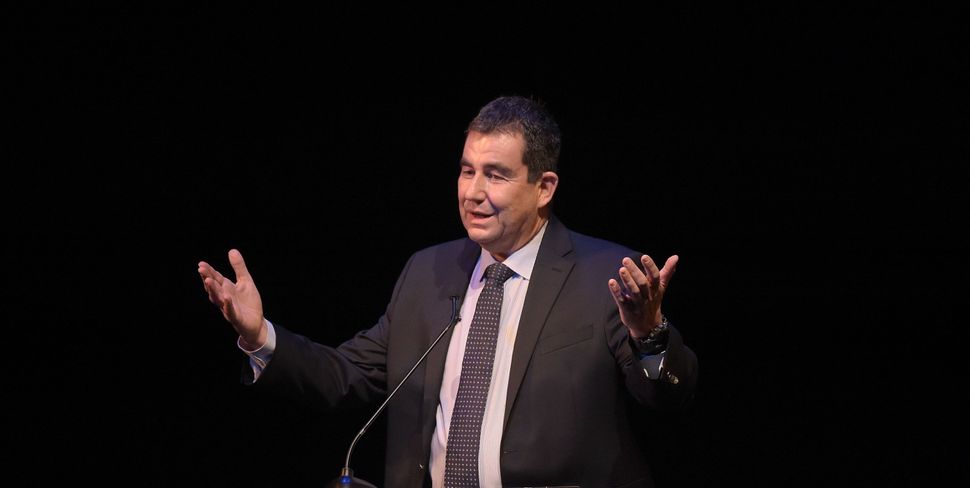 On Thursday, Haaretz published a 4,000 word interview with disgraced journalist and public speaker Ari Shavit. In 2016, Shavit was accused by four women of inappropriate sexual conduct and even sexual assault.

The new interview is galling. It’s full of self-justifications and jargon meant to impress young women (its headline is “Ari Shavit: I Was Blind to the Power I Had as a Privileged White Man”). The piece presents a man who clearly feels he deserves to be forgiven.

Reading it, I was overcome with a strong sense of déjà vu.

After the arrest of my conversion rabbi, Bernard Freundel, on the crime of voyeurism for placing secret cameras in the bathroom of the mikvah, the ritual bath, the question of how, when and if I could forgive him came up endlessly in conversations with acquaintances and journalists covering the story.

In Judaism, the theme of forgiveness is a central one. And yet, there’s something about men like Freundel and Shavit, who see women as sexual objects and themselves consumers of these objects, that makes forgiveness next to impossible.

After his arrest, Frendel released a defense memo asking for leniency from the court, especially given the prosecutor’s recommendation he receive a 17-year sentence for his crimes. It was utterly disingenuous. Even in the memo, he violated the privacy of women by quoting them by name from random Facebook posts about the case out of context and without their permission.

The entire memo focused on Freundel’s reputation and what the case had done to him in a passive manner, with little mention of his agency in it or what it did to his victims. The closest he comes to apologizing was when the memo stated that “he has been publicly humiliated, forced to leave his office as a rabbi, and is now a convicted man. His fall, all of his own doing, has been very public and painful for the Jewish community, his family, and of course, himself.” It then goes on for several pages with quotes and comments from before the case broke about his role as a rabbi, scholar and author.

It was “the case,” not Freundel himself, that destroyed his life, and by the end of the memo, you get the distinct feeling you’re supposed to feel badly for him.

So, too, does Shavit feel victimized by the consequences of his own actions. “Certain people with certain personal, political and partisan agendas, were manipulating the situation in order to get rid of me,” he says.

As Jenny Singer wrote in these pages, “deftly, insidiously, he paints himself as a victim of #MeToo.”

Shavit’s interview, conducted by Dr. Orit Kamir, a lawyer and legal scholar who drafted the Israeli law against sexual harassment, lent Shavit legitimacy he does not deserve, as did Haaretz by publishing it.

From the outset, the Shavit interview makes clear that neither he nor his interviewer believe there was anything there there. Kamir’s description of the episode in which Shavit assaulted journalist Danielle Berrin is horrifyingly inaccurate, downplaying what was a sexual assault. Kamir describes the “happily married and widely respected” “successful journalist and political commentator,” who meets a young journalist in an encounter that “ends without incident.”

Despite the encouter ending without incident, “two-and-a-half years later, she describes in her newspaper his belligerent and coarse behavior toward her that evening. The reaction is swift and loud. Shavit’s good name is tarnished and he withdraws from public life.”

But it gets worse. Kamir tells Shavit that he acted “admirably, honorably” after Berrin published her accusations. “I hope that perhaps your choice will inspire others who find themselves in similar circumstances to admit wrongdoing and leave the stage, instead of denying and denigrating,” she writes.

And yet, Shavit has not actually sincerely apologized. “That evening at the bar, I thought that Berrin’s interest in me was personal, not professional,” he said. “I made a terrible mistake, which stemmed from my arrogance. I was inattentive, and I completely misread the situation.”

Trying to physically push yourself on a woman is not inattentive. It is assault.

The focus of the entire interview is on what the scandal did to Shavit, not what Shavit did to Berrin and the other women. Just like Freundel.

Since Haaretz’s decision to drag the story back into the news, whitewashing Shavit’s offenses (which did not stop with Berrin), Berrin will now face renewed calls for comments and be forced to face this situation all over again.

After Freundel released an apology letter to a local Jewish paper before Yom Kippur, I received those calls. In his letter, Freundel wrote, “No matter how many times I attempt to apology, it will never be enough.” He went on to discuss the sentencing, how painful it was to listen to our victims statements.

Immediately following that hearing, his lawyer asked for time served, and in the months that followed, he attempted to appeal Freundel’s sentence. None of his actions before that letter, including refusing to vacate the residence the synagogue provided him, gave any indication he was actually sorry.

Shavit manages to sound even more tone-deaf than Freundel, patting himself on the back throughout the Haaretz interview for how he handled the scandal that erupted after his offenses became public.

When I was asked about the Freundel apology at the time, I told reporters that in order to believe his sincerity, I would need to see his actions match his words.

That standard isn’t even necessary in the case of Shavit; even Shavit’s words of apology don’t match his words in the very same piece.

Shavit explains that Berrin was kind enough to meet with him about the situation; and for that she is far more gracious than I. The Haaretz interview proves just how little she, and the Jewish world, owe Shavit.

I Don’t Believe Barry Freundel — Or Ari Shavit Either