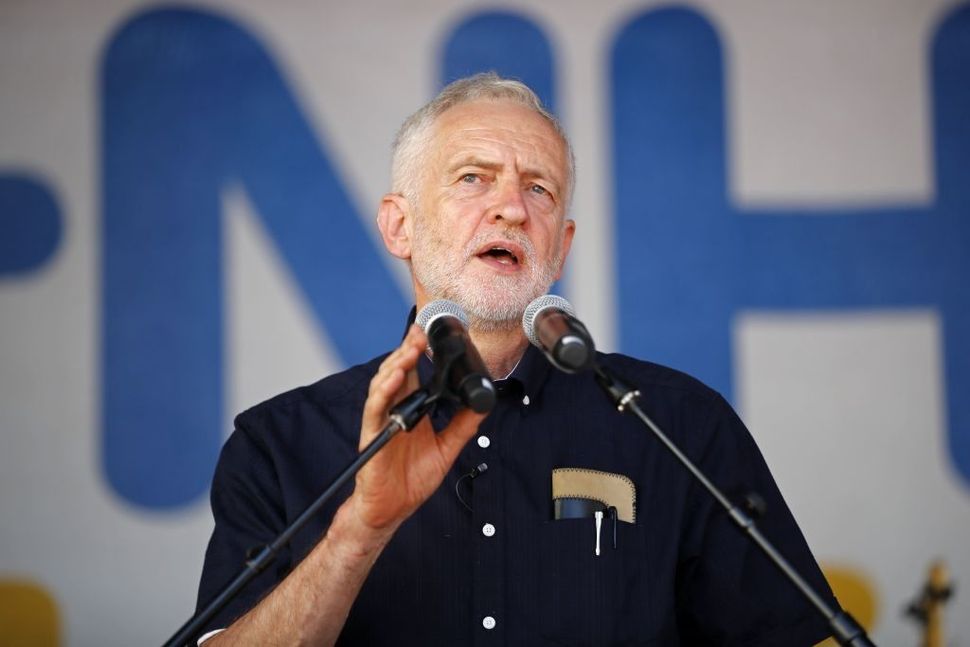 Leave it to Jeremy Corbyn’s Labour Party to adopt a new definition of anti-Semitism that alienates not anti-Semites but British Jews.

Last week, the party’s National Executive Committee (NEC) rewrote their code of conduct concerning anti-Semitism. In doing so, Lee Harpin wrote that the party “weaken[ed] the guidelines around how and when criticism of Israel can stray into territory that is obviously anti-Semitic.”

British Jewish leadership said the new definition “further erode[s]” the confidence British Jews have in Labour’s “sincerity to tackle anti-Semitism.” Thus we have another standoff. Plus ça change.

At its core, this dispute is about who gets to define anti-Semitism. The view of the Board of Deputies of British Jews and the Jewish Leadership Council (JLC) is quite clear: “It is for Jews to determine for themselves what anti-Semitism is.” Indeed, ever since the publication of the Macpherson Report in 1999 (which found London’s Metropolitan Police Service to be institutionally racist), its definition of a “racist incident” — “any incident which is perceived to be racist by the victim or any other person” — has been broadly interpreted to mean that it is for the victim to define the nature of the prejudice and discrimination they receive.

With respect to anti-Semitism, the Working Definition of Anti-Semitism, adopted by the International Holocaust Remembrance Alliance (IHRA) in 2016, has become the standard by which British institutions abide. Built into it are certain illustrations of what could constitute contemporary anti-Semitism. These include: “accusing Jewish citizens of being more loyal to Israel…than to the interests of their own nations”; “claiming that the existence of a State of Israel is a racist endeavor”; “applying double standards by requiring of it a behavior not expected or demanded of any other democratic nation”; and “drawing comparisons of contemporary Israeli policy to that of the Nazis.”

While these standards are non-contentious in the view of the British, Scottish and Welsh governments, the Labour Party apparently knows better. In redrafting their code of conduct, they not only neglected to add these examples to its definition of anti-Semitism, but also included caveats and get-outs that can only be read as antagonistic. Israel’s description of itself as a “Jewish state” and the use of the term “Zionism” are problematic, the party believes, in the context of determining “whether language or behavior is anti-Semitic.” It is also not anti-Semitic to “refer to ‘Zionism’ and ‘Zionists’ as part of a considered discussion about the Israeli state.”

“It is impossible to understand why Labour refuses to align itself” with the IHRA Working Definition, the Board and JLC said — quite diplomatically, given the reason is quite clear. These memes — Zionism as racism, the IDF as a Nazi army, Palestinians as victims of genocide, and so on — are cherished shibboleths of the anti-Zionist far-left in Britain. This New Left, which emerged after 1967, is the political faction Corbyn has called home for over 30 years. It has supported him unquestionably during his rise to power. To institute the IHRA Working Definition would constitute not only Corbyn learning something new and changing his opinions — something he has made a decades-old habit of not doing — but also turning against his friends and allies.

Writing in The Guardian, a rogue’s gallery of Labour politicians and supporters — some of whom should know better, even if others will never learn — said, “We believe that the fight against anti-Semitism is not enhanced by any conflation of anti-Semitism and legitimate criticism of Israel’s laws or the policies of its government.” But if Labour were so concerned about the free expression of views on Israel, then they could have adopted the IHRA Working Definition in full. After all, it states quite clearly — as these MPs would have known, had they taken the time to read it — that “criticism of Israel similar to that leveled against any other country cannot be regarded as anti-Semitic.”

What Labour’s re-worked definition does is give license to those who wish to go on perpetuating anti-Semitic ideas about Israel and the Jewish people under the cover of anti-Zionism or “criticism of Israel.” Rather than dig down to the roots of Labour’s anti-Semitism problem, the party lets it slither around them. It runs roughshod over the legitimate concerns of Britain’s Jewish community, whose institutions and representatives hold the IHRA Working Definition to be a good standard for what constitutes anti-Semitism. Suffice it to say, the Labour Party would not treat any other racial, religious or sexual minority with the sort of shabbiness with which it has regarded Jews on this issue. Labour is in effect saying to the Jewish community: We know what anti-Semitism is. You don’t.

It is the role of the left in Britain to embody solidarity and espouse anti-racism. But for so long as Corbyn has been Labour’s leader, that brotherhood has not extended to, and has seemed to deliberately exclude, Britain’s Jewish community. Corbyn is not an anti-Semite, but, after a while, one begins to wonder whether Corbyn’s history of support for anti-Israel terror organizations, associations with anti-Semites and Holocaust deniers, and manifest hostility toward the concerns of Britain’s Jewish community is not accidental but methodical. His actions and those of his allies are not mitigating this disaster — this drifting apart of the Labour Party and British Jewry — but exacerbating it.

Either way, it cannot be the case that a Conservative government has a more comprehensive standard for what constitutes anti-Semitism than the Labour Party. The NEC needs to reconvene and adopt the IHRA Working Definition of anti-Semitism in full. Labour’s definition is not worth the paper it is printed on.