I Told Jews To Think About What Being ‘White’ Means. Then The Racism Exploded. 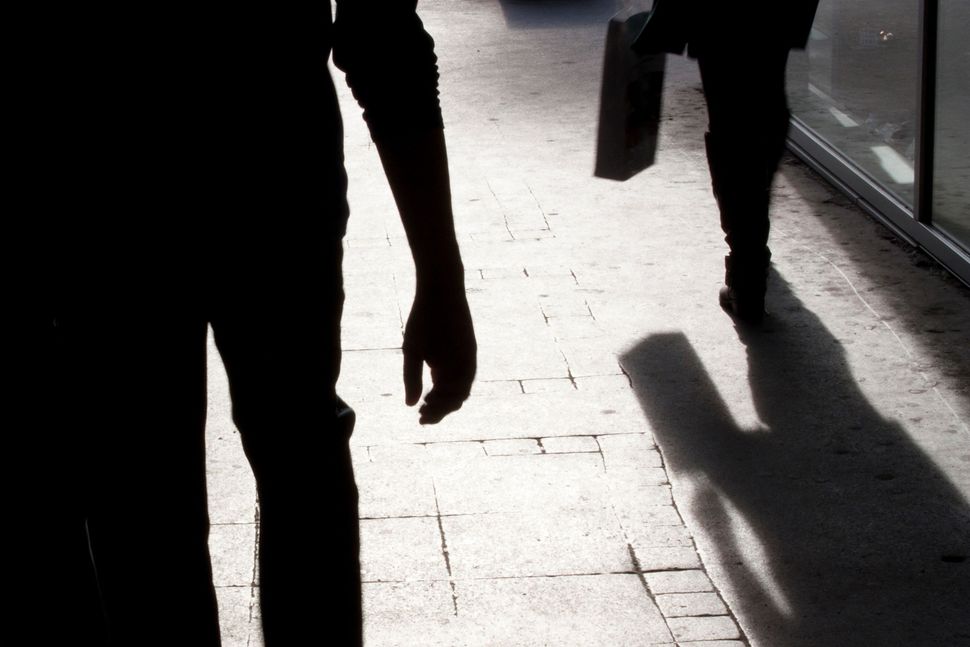 When I was five years old, my father was slammed against the roof of our car and searched by the police.

The sky was inky black, illuminated only by the glow of red and blue lights, swirling around me as I sat in my booster seat. Even at that age, I held my breath in my heart, hoping that my dad would eventually climb back in the driver’s seat unharmed.

Turns out, that the police were suspicious of our nice car. My dad sold it a few weeks later.

I’m 23 now, and I don’t speak to my father, but not much has changed for me. Every time my partner and I drive by a police car, we both hold our breath in our hearts. When he leaves late at night, I pray that he doesn’t go over the speed limit, that his tags are up-to-date, that he doesn’t express annoyance at whatever cop may pull him over.

Sometimes, I wake up in the middle of the night and reach for him, just so that I can know he’s here. My nightmares are made of sudden loss, of the fear of that crack in time when he won’t exist.

This country has taught me that I can’t assume he won’t be taken away from me in an instant.

Other people in my family are used to feeling that crack in time. My mother’s aunt, the namesake of my two younger sisters, died in a car on the side of a blood-red Alabama road, driven by a white man who had raped and killed her.

My cousins are forced to accept the presence of their father’s murderer in their small Southern town. He wasn’t convicted. They see him in the grocery store.

As a child, my mother loved to play with her aunt’s light brown hair; she wished she could have her aunt’s pale, cream complexion. Her aunt was a product of rape, and we don’t talk about it. She’s just known as one of the pretty ones.

The first friend I ever lost was a white girl who told me that she didn’t need my mother’s homework advice because my mother was black and stupid. I was seven.

In middle-school, I lost my first almost-boyfriend because his mother wouldn’t let him be around me. He’s married to a white woman now. She’s the opposite of me; her beauty is globally considered superior to mine.

I’ve been called a n****r four times in my life — that I can remember. I think after a certain point, I started ignoring it. Hissed racial slurs, pointed looks, and laughs are transformed into small clouds of toxic smoke that I must inhale if I am to make it through my day.

In the black community, my father would be considered white-passing, meaning he’s mistaken for white a lot, though depending on what environment he’s in, what he’s wearing, who he’s with, people can tell that he’s a man of color.

In the Army, my father’s commanding officer listed him as white. My father assumed it was just another mistake, and he corrected him. His CO left the classification as-is. He thought he was doing my dad a favor, saying that being “officially” white would be better for my father. My dad got promoted to Captain shortly thereafter.

My cousins used to send us letters from prison. We got a lot of letters.

My aunt was born in slave shack.

Sometimes, when I get upset, my friends send me pictures of dogs. I don’t tell them that I hate dogs. My mom’s whole family does, really. When you come from generations of people who have been bit and chased by them, I guess it makes sense.

My latest piece for this publication asked white Jews to please stop using “white-passing.” “When someone is white-passing, it often means that their white privilege is limited, and it can be snatched away if their true ethnicity is discovered,” I argued.

After the piece was published, I dealt with an enormous amount of racist backlash. I got hateful messages, my black friends and I were called “racist c**ts,” and people outright laughed at my fears. Even my own friends couldn’t help but assert their right to take my people’s language and devalue the experiences I had.

Contrary to popular belief, my opinion doesn’t erase anyone, nor should it be controversial. It is only controversial because it asserts the agency of black people to define our experiences. It dares to suggest that we should have a say in how our words are used in a country that we died to build.

It is extremely arrogant to live on the land that my ancestors cultivated, to swim in their graveyards, to walk on their bones, to push them out of their homes… and then demand to use our language. It baffles the mind.

I wrote this piece because it’s informed by my experience. I am a black American woman. My veins are made of slave trade routes and the movement of indigenous people. I am a product of the Atlantic Slave Trade, the Native American genocide, the American South, Jim Crow, and Caribbean colonization. As such, I am empowered to write about this country. I live my life covered in the weight of stories like the ones above – each narrative a patch on a quilt so large it could suffocate everyone I love.

And in this country, every second of every day, I know that I am black. I feel it everywhere I go. I damn sure feel it in Jewbook, the network of Jewish American Facebook groups, which is an overwhelmingly non-black space, and a space that violently reacted to me speaking my truth. There is not a moment that I can afford to forget who I am. There is not a moment that anyone will allow let me forget who I am.

But I don’t need anyone’s permission to write about my experiences and opinions. My blackness permits me. Because I am black. Not half-this, half-that, but whole. Being Jewish is not something that dilutes me. Writing about blackness and race does not erase Jewish people. My black experience is a Jewish one. If that upsets you, examine why that is.

Language is powerful. I know it, because my mere 800-word article shut down Jewbook for a week. I’ve been either gifted or cursed with a loud voice, and I intend to use it. I can’t stand by and allow the language that my people use to describe our bloody history to be diluted. When people compare being called a racist to a lynching, or suggest that white Jews are just as much (if not more) of a target of police brutality, or that white-passing is an appropriate term for white people to don themselves with, our language loses its power. And people stop listening to us.

Stop using my vulnerable writings as an excuse to attack and delegitimize black experiences. And if you call yourself an ally, stop using my real pain just to engage in petty internet drama. This is my life, and it’s not something to take lightly.

As a writer, my only goal has been to make people listen. I’m cynical, and I don’t know if I can change anyone’s mind… but I at least want to be heard. This is who I am. Before you attack what you don’t understand, listen. Hear me.

I Told Jews To Think About What Being ‘White’ Means. Then The Racism Exploded.