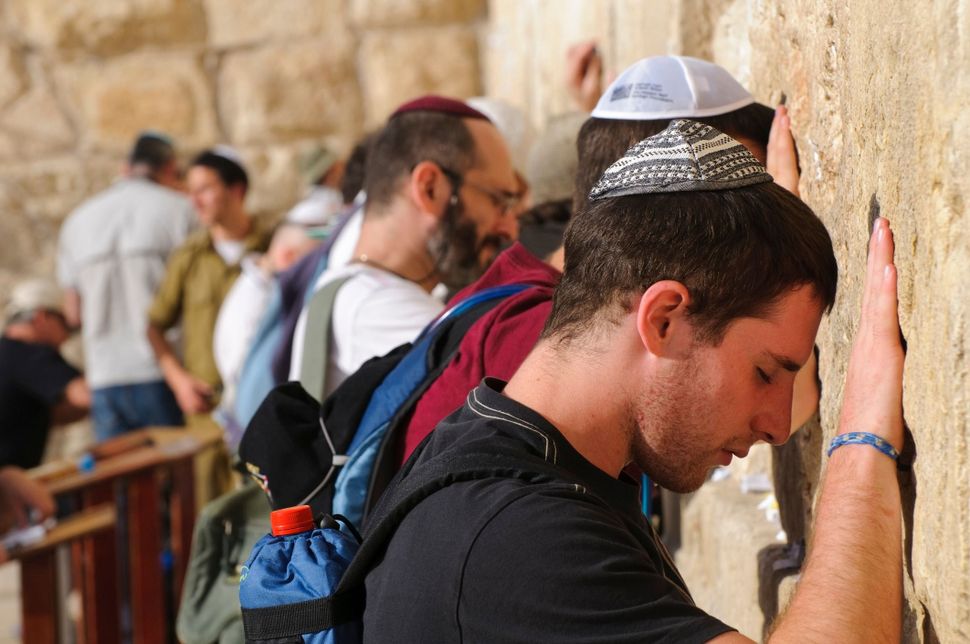 Are Jewish 20-somethings entitled to a free trip to Israel?

For decades, the donors behind Birthright Israel have gifted thousands of young Jews from around the world with 10-day immersive experiences in the Holy Land. The heritage and culture trips sometimes center around a particular theme, like Israeli food, Russian culture, or Israel’s LGBTQ commuity.

But the trip is unapologetically apolitical by design. When J Street’s application to run a Birthright trip was rejected, Birthright justified the rejection by saying that they have “never conducted trips with a clear political orientation or declared political ideology,” which they said was critical for the organization to continue working “as a mainstream, nonpartisan, apolitical organization.”

Recently, members of the groups IfNotNow and Peace Now have begun objecting to the program’s a-political nature with a series of high-profile walkouts.

In the first walkout, which was filmed, a trip participant took the Birthright bus microphone and spoke briefly about her appreciation for the trip, and announced that five participants would be walking off the bus and joining a Breaking the Silence trip.

Over the weekend, a second, equally viral walkout was filmed as several trip participants walked off of their Birthright trips, with much pomp and circumstance, in order to meet with Palestinians in East Jerusalem who claim that the Jewish National Fund is trying to evict them from their homes.

BREAKING: Another group of young American Jews just walked off their @Birthright trip, to meet with a Palestinian family and see the reality of the Occupation for themselves, a reality Birthright actively hides #NotJustAFreeTrip

The hashtag supporters use to broadcast these disruptions is #NotJustAFreeTrip. But the campaign’s hashtag betrays just how entitled and oblivious they and the walk-off participants are about the nature of Birthright.

Despite its inclusive name, Birthright is not obligated to provide bespoke Israel trips to Jewish Americans tailor-made for their unique political points of view. While Birthright tailors its trips for their target audience, the trips share a basic objective: to connect Diaspora Jews with each other and with the Jewish state.

Its generous funders, who include Sheldon Adelson, Charles Bronfman, and Michael Steinhardt, plainly state their aims: To “offer the gift of a life-changing trip to Israel to young Jewish adults between the ages of 18 and 26 — and in doing so, transform the Jewish future.”

And by most accounts, they have succeeded in doing so for thousands of trip participants, including those who are now married and creating Jewish families of their own.

IfNotNow has pledged to disrupt the trips because they believe that trip participants aren’t being given a full picture of the Israeli-Palestinian conflict.

Young Jews are refusing to go along with Birthright’s one-sided, misleading ‘education’ about Israel, because it doesn’t reflect our values ✡️ If you’re interested in learning more about IfNotNow and our #NotJustAFreeTrip campaign, please go here: https://t.co/4DBrRozOS0

But geopolitics has never been an aim of Birthright. And those who go to Israel with Birthright know what they are signing up for. They are not signing up for a course on the Middle East conflict, but rather for a cheerful, moving, and impactful journey to get in touch with their Judaism and the Jewish state, its landmarks, its people and its history.

By signing up for the trip and boarding the plane that will take them to Israel, they are agreeing to a free ten day international trip on those terms.

If those supporting IfNotNow feel as though trip participants are not getting the full picture, they have several options. They could use their newfound communal platform to ask for meetings with Birthright leadership and use those meetings to have real dialogue. They could refuse to go on the trips. They could protest the trips, either from the comfort of the U.S. or in Israel.

More productively, they could raise funds to run programs that include meeting with Palestinian families for trip participants once their Birthright trips are completed; many trip participants, myself included, extend their return ticket to spend time elsewhere in Israel or in the Middle East. They could also run their own comprehensive trips.

But here’s the catch: if they want a trip that fits their own aims, they have to figure out how to fund it.

What IfNotNow is doing is tantamount to stealing: they are letting Birthright foot the bill for their flights, their trip staff members, their security guards and their accommodations, and after the students have made it safely to Israel, they are leaving early to participate in activities that suit their own agenda.

The money they are accepting under false pretenses does not belong to an amorphous “Jewish community” — it belongs to Birthright Israel. Their donors have entrusted Birthright with the task of allocating their funds as they see fit, and Birthright has done so in a truly transparent manner.

If those within IfNotNow want to see Birthright spend their money differently, if they want to place a different agenda on the table, then they can and should work with Birthright’s leadership, its board and its donors.

By subversively working against trip organizers, creating alternative activities and disrupting the group on someone else’s dime, they are stealing Birthright’s work and their resources.

If Birthright is smart, they’ll put a stop to these stunts by charging trip participants who break away for the full cost of their trip. If they do, IfNotNow should be willing to put their money where their mouths are and pick up the tab.

Bethany Mandel is a columnist with the Forward.