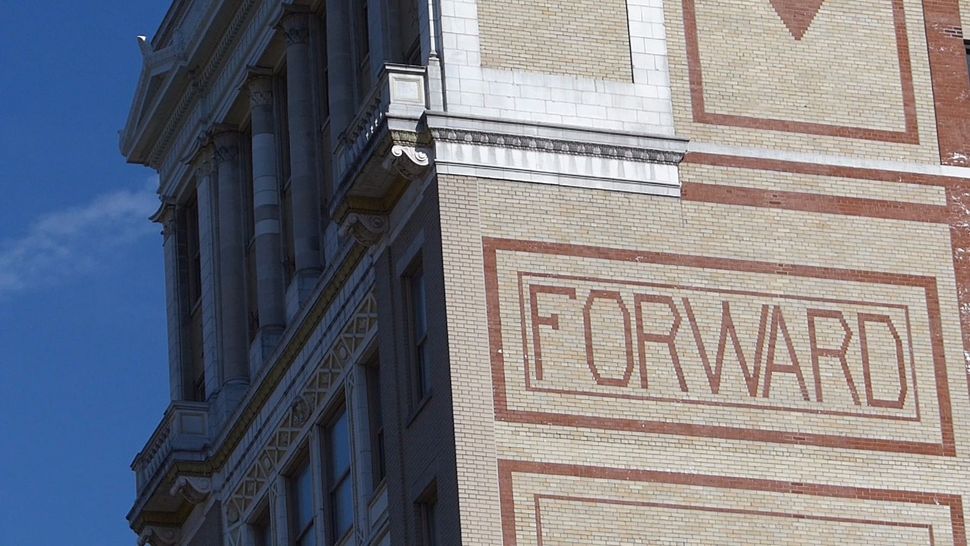 Editor’s Note: This High Holiday season we’re reflecting on our most meaningful stories of 5778, and their connection to core Jewish values. Over the past year, our journalism strengthened – and sometimes shook – the Jewish community. Here’s the first article of a series of eight we’ll be highlighting during these Days of Awe.

More than 300 news organizations around the country, large and small and in-between, are publishing simultaneous editorials in support of a free press — a pillar of our Constitution enshrined in its very First Amendment, persistently under attack by the most potent symbol of our democracy, the president of the United States.

Here’s why a free press matters to American Jews.

Our community’s involvement with the press dates back to Revolutionary times, when you could find ads for Jewish concerns or letters written by Jews in newspapers from Rhode Island to South Carolina. The first Jewish periodical was begun in 1823, when there were barely 3,000 Jews in the entire country.

Now there are 6 million of us, give or take, supporting more Jewish-oriented publications than I can count, and it’s my job to edit the most influential of them all. The role of Jewish media has evolved as the population has expanded, and has become more prosperous, more secure, more assimilated and, at the same time, more devout.

But the through line has remained: Jewish media was able to inform its readers, reflect their lives, champion their causes and connect them to one another because practicing responsible, independent journalism is a constitutionally protected right and a socially accepted obligation. Jews, like other Americans, depend on the press to hold the powerful accountable and, as a religious minority, to stand up for our rights in this raucous, pluralistic society.

The first general Jewish publication was founded by Isaac Leeser in Philadelphia in 1843. Repeatedly on its pages, the historian Kenneth Libo wrote, Leeser “insisted that America was not a Christian nation in which Jews were tolerated as a minority, but rather that Jews were entitled to the same rights as other religious groups.”

The role of writing for the community while championing its rights in the broader American society has echoed through the years. Numerous Jewish publications appeared in cities across the continent after the Civil War. A vibrant, secular Yiddish press came into its own in the late 19th century, to serve the swelling immigrant community in New York City and beyond. In its heyday, the Forverts sold a quarter of a million copies every day, coast to coast — the largest non-English publication in America, in any language, ever.

Our legendary founding editor, Abraham Cahan, was unafraid to advocate for his readers against political and economic forces far more entrenched and powerful. When 146 workers, mostly Jewish and Italian immigrant women and girls, perished in the Triangle Shirtwaist Factory fire in 1911, Cahan’s thundering editorials fearlessly challenged the established economic order for placing ceaseless demands on workers, but it gave no thought to these workers’ well-being or safety.

“There should be no doubt that the capitalist leaders are generally guilty for this, who do all in their power to extract as much profit as possible from their capital even if it costs thousands of lives!” he wrote.

This wasn’t fake news; it was accountability journalism written in the context of tragic, preventable death and destruction.

Cahan’s credibility and legitimacy were rooted in his intimate knowledge of his immigrant readers’ lives and struggles. In today’s digital landscape, where our readers can, and do, come from anywhere, that first-hand experience is more difficult to attain, and so we journalists have to work harder to maintain our credibility and protect our legitimacy.

Sometimes we don’t get it right. In this over-heated political climate, a creeping bias born of frustration has seeped into even the most conventional publications and broadcast outlets. We find ourselves debating questions that we never thought possible. Should we call out every falsehood the president utters? Should we cover every nasty tweet? Should we amplify the president’s message, even when it is divisive and ugly?

One respected commentator opined that today’s very exercise — a coordinated defense of press freedoms — plays directly into Trump’s hand and may backfire. “It will provide Trump with the circumstantial evidence of the existence of a national press cabal that has been convened solely to oppose him,” Jack Shafer wrote in Politico.

But this editorial — and the hundreds of others — is not being written solely to oppose the president. He may not even read them. If his history is any guide, these admonitions will have little discernible effect on his dangerous rhetoric and his hypocritical behavior — as someone who for decades courted the media he now so gleefully demonizes.

Rather than oppose a man, we wish to uphold a principle and appeal to other Americans to do the same. When journalists are harassed for what they publish and demeaned for what they ask; when they are ridiculed, beaten up, even murdered for simply doing their jobs, then all America suffers. We are not here only to say nice things about this or any other president. We are here to report the truth as best we can, so that an informed public can make its wisest decisions.

In Yiddish a century ago, just like online today, speaking truth to power was the particular mission of community journalism. American Jews, like all other minorities, have a special stake in maintaining an independent press, to ensure that our voices are heard — at any time, in any language.