I Got Conned By An Alt-Right Troll 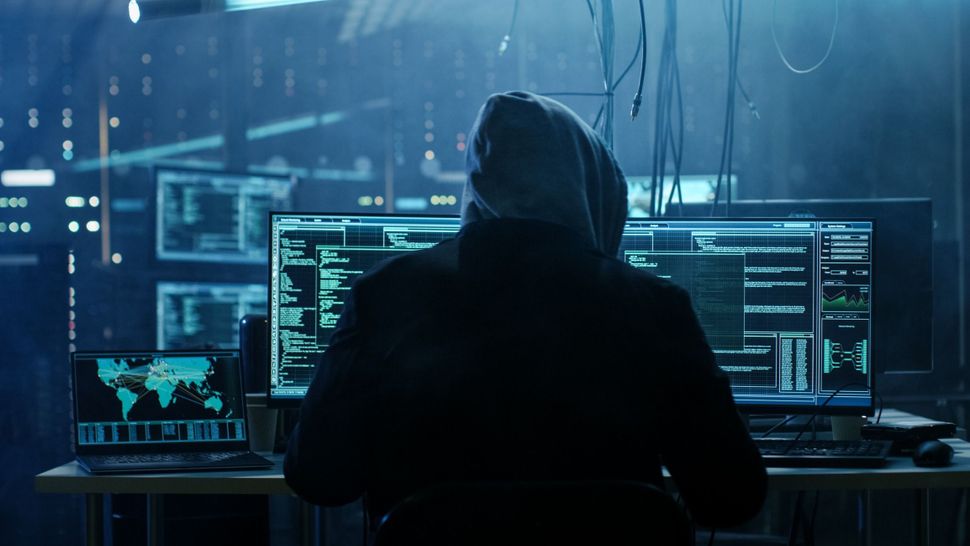 My super-secret CIA contact had been working me for a year, feeding me supposedly “inside information,” before I began to suspect that he might not be totally on the level.

I first “met” the magical “Mister Smith” in July of 2017. I was relatively new to the extremely online lifestyle which I have now (for better or worse) embraced. I had been a novelist and a mother and occasionally tweeted, but in July of 2017 I left the mortal plane and entered the Twitter one.

I stumbled on him during my many thousands of hours using Twitter to ignore my real life. I’ve always liked cartoons, and his aviator was an adorable CIA-esque guy with aviator glasses. His handle was “Guardian Rover” but his handle read “Michael Smith” and his bio identified him as a former intelligence operative and Delta Force soldier. He tweeted a lot about Russian collusion, and was virulently anti-Trump.

We both had around 12,000 followers. He followed me back and then he slid into my direct messages.

He started the conversation as if we were already in the middle of it, musing about his broken foot as if we’d been talking for months.

But injuries were nothing for a special forces guy like Mr. Smith!

Looking back on it, I probably should have been more suspicious. But he offered just enough real human details to make himself seem real: he adored his nephews, loved playing video games (more on this later), and was a centrist kind of conservative who hated Trump.

A lot of conservatives had popped up as “never Trumpers” in those days, and some of them had become friends (the enemy of my enemy is my friend, right?).

I had also become friends with some legit retired CIA folks. None of them were anonymous, and none of them “leaked” inside info. Perhaps I should have considered these things when judging whether or not to trust the Guardian Rover? But he told me he was still undercover. Also, one of my ex-CIA persons said he was legit, but in that breezy way people do on Twitter. Now that I think about it, he had actually said something like “seems legit,” which I had taken to mean “fully vetted,” but which more likely meant, “I don’t have time for this now.”

But back then I took it to mean “full steam ahead” and I let Smith feed me information, most of it innocuous. Much of what he did was find something that already happened and show me how he had predicted it. It was smoke and mirror stuff and maybe I knew it.

Now, not to be defensive or to make excuses, but let me just add this one excuse, which is that I am not a journalist. I’m (barely) a novelist and I have an MFA, but I have zero journalistic background.

Not to beat a dead horse here but I’m also a little stupid, I’ve always been somewhat naïve about people. I tend to believe what they tell me.

Add to this the desperation I felt in 2017. I would have believed anything anyone told me about the secret patriotic plan to take down Trump. I was desperate for the Manchurian presidency to be solved. Sealed indictments? Sign me up! The death penalty for Steve Bannon? Seems a little outside the normal, but as Junior once said, “If it’s what you say it is, I love it! Especially later in the summer.”

I didn’t care what it was: just end the madness.

Oh and another thing: my psychology is oddly uncomplicated and ripe for grifting. I like people who like me, and Mr. Smith liked me. He direct messaged me and told me all about his life undercover in the CIA in Eastern Europe busting up sex trafficking rings.

I would regale my mommy friends with stories from Mr. Smith. They would be delighted by my stories of my friendship with the super-secret CIA spy.

“But how do you know he’s real?” They sometimes asked.

I would shake my head and smile.

I should have added that no one lies on the internet.

Certain peccadillos he had were fascinating. He obsessed about having gone to George Washington University in a way that I had previously seen only in Harvard grads. Did I know he went to GW? Yes, he lived in Washington DC, when he went to GW. During his time at GW, that’s when he decided to join the CIA.

As I later discovered, the real Mr. Smith, Justin Hendrix, actually went to Seattle University. In my mind, Seattle University didn’t seem all that less good than GW, but Justin felt that GW was a magical place filled with wealthy, cosmopolitan people.

He kept writing to me. It was mostly direct messages, sometimes on encrypted apps.

He was never flirtatious or at all inappropriate. He told me he worked with a private security group that flew on private jets. It didn’t make a lot of sense, but I didn’t really ask probing questions.

He was going to the Olympics in Pyeongchang, he said. The irony, of course, is that many of his lies were crafted to appeal to people like him, boys stuck in suspended adolescence. I had zero interest in the Olympics, I had never flown on a private plane and never wanted to. I didn’t find having broken a nose to be an enormous achievement.

Eventually he called me on the phone and we talked. He had an innocent, slightly southern-ish sounding voice. We talked about turning forty. There is something about people you never meet but sort of know, something enticing and exciting, something refreshing about internet intimacy. Something safe about a person that isn’t completely real, that exists in the internet nether.

By then I had started to think that perhaps he wasn’t totally on the level, but I did not suspect that he was an alt-right troll. I thought perhaps he had a substance abuse problem or mental illness. Since I’ve been sober since I was a teen, I’ve clocked more than my share of time talking to addicts.

We talked for almost an hour but the substance of our conversation was as thin as it has to be when one person is grifting another. I started to get bored and restless. I had yoga, I had writing, I was busy.

“You can write about me if you want,” he said.

“Yeah, I have crazy stories. Stuff right out of spy novels.”

“Um, okay,” I said. Something felt sadder than usual.

“Or I live in my parents’ basement and I’m not really CIA.” He said laughing.

“It’s almost a better story if you aren’t,” I said, looking down the empty street on the gray June night.

“But you know,” I had thought about this, “the con is almost more interesting than actually being a CIA agent.”

Whatever he was, it soon became clear to me he wasn’t on my side of the political landscape. I noticed he was targeting people on the left more and more. I finally became convinced that he was a phony when he attacked gun control advocate and internet friend Shannon Watts out of the blue. This attack felt oddly off brand, completely unprovoked and vaguely vicious.

I stopped trusting him. I stopped retweeting his content. He seemed volatile, angry sometimes, apologetic other times.

An online friend who had romantic feelings for him would send me different theories about who he was and what was motivating him.

But I had kids and a husband, and summer was filled with camp drop offs, and I wasn’t all that interested in who the real Mr. Smith was. I didn’t have the attention span to be grifted.

He had been careful (or careful enough) for a year, but when he posted his Twitch stream (Twitch is a service where people can record themselves playing video games), he provided just enough information for a citizen journalist to expose him as an angry white guy who worked in marketing.

Suddenly, every single piece fit together like a giant alt-right jigsaw puzzle. Shortly after, Will Sommer wrote a piece about him for the Daily Beast.

I should have felt angry or embarrassed, but I didn’t. It felt like the epitome of extremely online living.

I had thought myself a sophisticated New Yorker, but in actuality, the internet had made me into one of those midwestern grannies who had been conned into thinking there was a child sex-trafficking ring run out of the non-existent basement of a pizza shop.

A few days later, I was messaging with the girl who had had some feelings for Mr. Smith. It was one of those weirdly sad conversations that middle-aged people have with each other. She was convinced there was still more conspiracy, that the pieces didn’t fit together, that the world wasn’t as it appeared.

I told her that it had been solved and there wasn’t anything else there.

I could tell she was disappointed. Mr. Smith had taken her into the super secret world of the CIA and now she didn’t want to leave it. She told me she was going to stop following me and I said goodbye.

It felt weirdly sad to say goodbye to her. She disappeared back into the sea of avatars and I felt a little pang for her.

Internet life, like all aspects of modern life, is lonely and painful and deeply isolating. Sometimes we think we connect but then learn that, as with so many things in modern life, none of it is real.

I Got Conned By An Alt-Right Troll