My Father Committed Suicide Just Before Yom Kippur. It Taught Me To Choose Life. 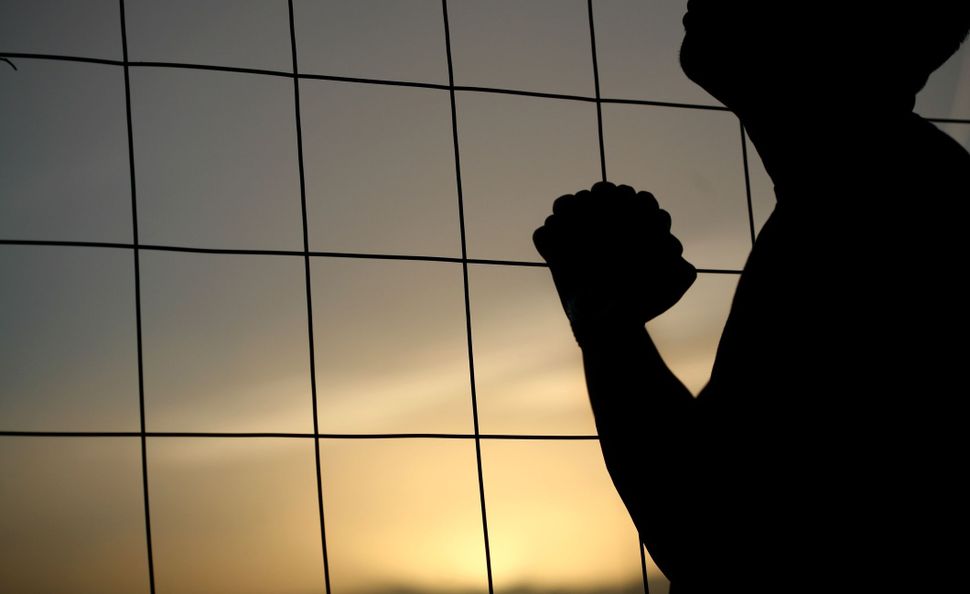 In the weeks after my father’s suicide, life was mostly a blur. Time stood still, but at the same time, it raced by. I often found myself not knowing where I was or what I was doing. I would suddenly have no idea where I was, and have to trace back my steps until I realized “Oh, I’m in Hebrew class right now, at Rutgers; I came back to school a week ago, after he died.”

I moved through life in such a disjointed way that my memory of those weeks is blurry at best. In my memory, my father died in the days before Yom Kippur, but in checking dates before I wrote this column, I realized it was in fact weeks. The days and the weeks bled together; time moved quickly and at a glacial pace at the same time.

I remember that Yom Kippur vividly though. The plans I had made to go to Hillel went by the wayside, and I instead went to the dining hall in the morning and stayed there all day. I treated it like an all-you-can-eat buffet at the King David Hotel instead of just a college dining hall. I skipped classes that day and just sat alone, eating, staring at a wall. I went back for seconds, thirds, fourths, and ate until I felt sick. I took it to be God’s payback for eating on a day devoted to a fast.

I’ve been thinking a great deal about that first Yom Kippur after my father died, about my anger at God for making me an orphan at the ripe old age of 19.

I wanted to figure out how I could write a column about how I forgave God, because I must have, because I did, at some point.

The problem with writing that uplifting and insightful column was this: I can’t quite figure out when it happened, or why; it wasn’t a conscious decision, but a gradual one.

Over time, as it happens, the pain dulled, and I was able to see through the clouds towards light again.

After my mother died, two years prior to my father’s suicide, I got a tattoo. It was of a sun and a moon. We were supposed to get it together, but she was never healthy enough to go under the needle, so I got it in her memory.

The symbolism behind it was this: Life is cyclical; sometimes we have light, and sometimes, darkness. We must always remember when it’s light to embrace it, to treasure it, because it will soon become dark again. We can get through the darkness knowing that there is light coming again, that dawn always comes if we wait for it.

I’m not sure I ever told my father about the tattoo’s meaning. If I didn’t, I wish I had; if I did, I wish he had listened.

There’s something powerful and strange about suicide near the High Holidays. We talk about God inscribing people into the Book of Life, but it’s somehow possible for someone to erase their entry themselves.

Sitting through the prayers every year, I think about the agency God gives us, not just for doing right and atoning, but for giving us the power to keep with it or give up.

My father’s problem was that he lived life on autopilot. He didn’t treasure the light or wait out the darkness; he instead let the darkness overtake him. There was no attempt to fight back, no medication, no therapy, no lifestyle changes.

After my father died, I got another tattoo. This one reads “Chai” — the Hebrew word for life.

I got it because wanted to live life fully conscious, and live a life with no regrets.

I didn’t want to sit in a synagogue during the High Holidays and consider the possibility of erasing myself from the Book of Life. I wanted to live my life unlike my father; with a clear sense of priorities and direction.

It’s perhaps fitting that my first tattoo, the sun and moon, was mostly destroyed by stretch marks during my last three pregnancies. These babies make me happy, and so, I keep on having them.

Every year, as I listen to prayers about being inscribed in the Book of Life, when I hear a to do list from God about how we should behave, I consider the lesson of my father’s life and death and remember: We can’t just live, but we have to be truly alive.

My Father Committed Suicide Just Before Yom Kippur. It Taught Me To Choose Life.