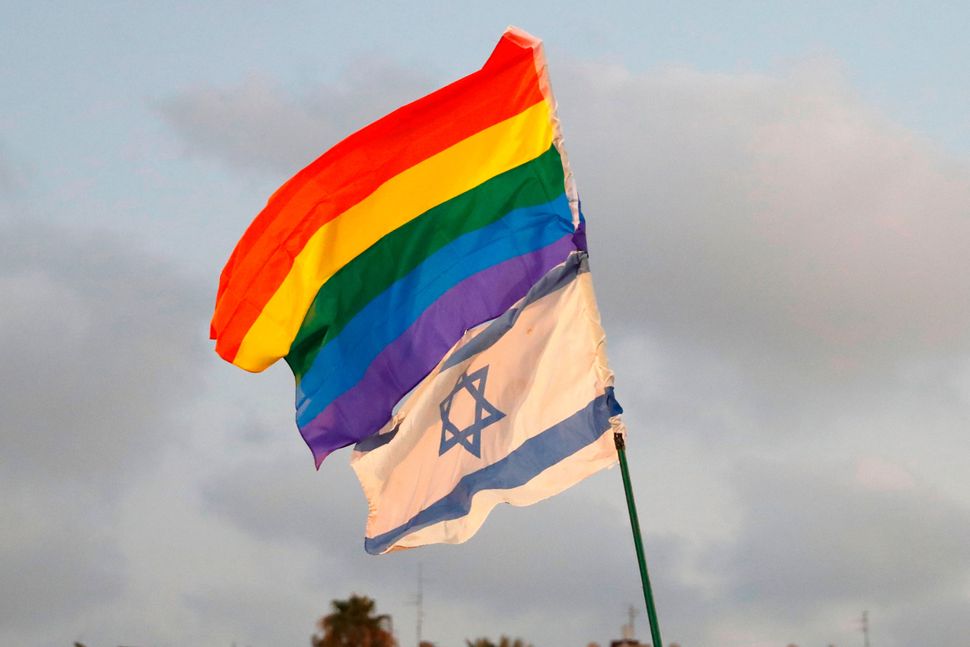 The word is out that American liberal Jews, especially the young ones, are distancing themselves from Israel.

As an Israeli liberal Jew, I’d love to know how you do that. There are days I want to distance myself from Israel too. But every morning I wake up and there it is, like Woody Allen’s mother in New York Stories, gazing back at me from the sky, talking nonsense and doing shameful stuff, for everyone to see.

Good old passive-aggressiveness won’t work here. It’s too late for you to give us the silent treatment, to back down and walk away like you had nothing to do with it. American Jewry’s unreserved support of Israel over the years made it an accomplice to whatever is wrong with Israel now.

Walking away is not an option, and not just because of your moral obligation and shared destiny and yada yada yada. Jewish communities all over the world are facing a new flavor of anti-Semitism and suffer deadly terror attacks, attacks that are not always totally disconnected Israel’s policies.

Like it or not, you’re in the game; therefore, you have every right to voice your reservations and concerns, and take an active part in Israel’s internal politics, just like Israel meddles in yours.

As a fellow liberal and a Jew, I urge you to do so. The liberal camp in Israel needs your help now.

Israel’s democracy is crumbling and on its ruins is rising a populist right-wing regime. As Jan Werner Müller, a researcher of populism at Princeton, explains, “populists (like [Prime Minister Benjamin] Netanyahu) see themselves as the only legitimate representatives of the people. There is no longer a legitimate political debate because any criticism of the regime — a demonstration on the street, a court ruling or an investigative report on TV — is labeled as anti-democratic since it undermines the will of the people.”

Following the footsteps of Turkey, Russia, Hungary and Poland, the Israeli government is undermining NGOs, discriminating against minorities, weakening the judicial system, transferring the state resources to associates, inciting against the free press and imposing restrictions on academia and civil society.

As to the long struggle with the Palestinians, the masks are off and current coalition members openly speak about annexation of the occupied territories without giving full citizenship to the Arabs, which would make Israel formally an apartheid state.

This is a new and very confusing state of affairs which many fail to grasp, for democratic rituals seem to take place outwardly and it requires some scrutiny to see that the process is hacked to its bones. This is why it is crucial to call this façade for what it is — a non-liberal democracy is nothing but a new form of tyranny. As such it must be eradicated.

America is facing a similar crisis, but there are major differences between our two countries. Unlike Donald Trump, Netanyahu is intelligent and experienced. Moreover, Israeli democracy is much feebler and more fragile than its American counterpart. It will take a formidable effort to crack the wall of indifference around the Israeli public.

The voice of American Jewry may play a major role in it.

Natalie Portman’s protest against Netanyahu, restrained as it was, caused a considerable ripple in the Israeli discourse, but it faded away with no other voices following.

Ron Lauder’s op ed in the New York Times passed almost unnoticed in Israel. To make his point, he should have printed it in Israeli papers in Hebrew.

Israelis are not the people to be persuaded with subtle nuance. You must pound it in their faces blunt and simple, if you want to be noticed.

Finally, in addition to a common ethnicity, American and Israeli liberals share a common interest in protecting liberal democracy on its own. Populist regimes create allegiances with one another, and so must we.

Populism is a global threat to liberal-democracies, so joining forces with other liberals in other countries is the most obvious thing to do.

Noam Bercovitz is the head of web development at the Technion and a former reporter and news editor. He lives in Haifa with his wife and two daughters.