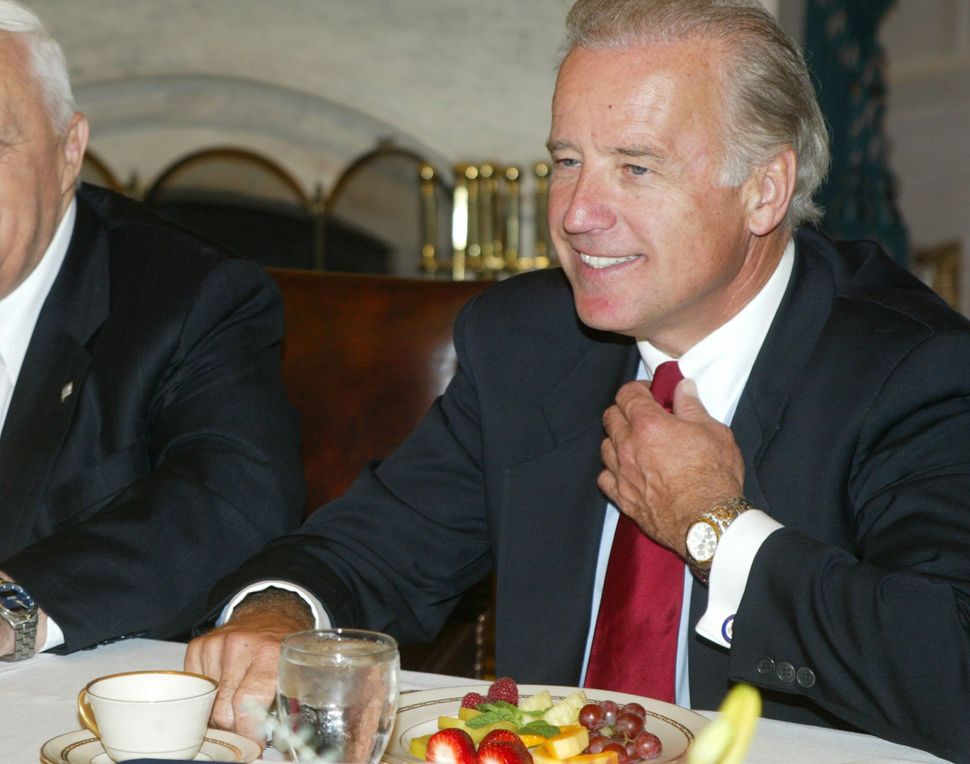 The ongoing scandal over Brett Kavanaugh’s confirmation to the Supreme Court brings back echoes of the shameful treatment of Anita Hill during her 1991 testimony at the confirmation hearings for Clarence Thomas. The parallels between the two hearings are a litmus test for how much Washington has progressed in the intervening twenty-seven years.

The biggest disappointment thus far has been Joe Biden, who chaired the Senate Judiciary Committee when Hill testified. Today, with the benefit of nearly three decades of hindsight, the best Biden could do was say that Hill was “vilified” and that “I wish I could’ve done more to prevent those questions, the way they asked them.”

“I wish I could’ve done more,” is doing a lot of heavy lifting in that statement.

Twenty-seven years later, Biden’s efforts at assembling an apology to Hill can best be described as a little bit trying, and a little bit lying.

Biden’s implication that he had done all he could’ve done for Hill is simply untrue. His failure has been exhaustively covered, with the most damning evidence being his decision to not call three additional witnesses who were prepared to corroborate Hill’s assertions about Thomas’ harassment of women. Investigative journalists Jane Mayer and Jill Abramson wrote a book about it, Strange Justice: the Selling of Clarence Thomas, which was a National Book Award finalist.

These are also the go-to defenses of the Donald Trump White House.

It may seem unfair to focus on Biden, who drafted the Violence Against Women Act, spoke eloquently on behalf of the victim of Brock Turner’s Stanford rape, and had long been seen as a champion of women. Biden’s certainly far from being the worst threat to women, and appears to genuinely support women’s rights.

But that’s precisely why his actions here matter.

The seminal moment in most social justice movements comes not from far left progressives, not from conservatives, but from the center left, the ones who are generally supportive, but may not be willing to put themselves out there for a cause.

Feminists don’t need to shift; they’re already in the vanguard of women’s rights. And no one expects Trump and his supporters to have an epiphany. But Biden, who’s perfectly positioned between the Thomas and Kavanaugh hearings, can have immense impact, by rising to the occasion and doing what Hill insists he has never done before: saying sorry.

It’s an extraordinary opportunity for a bit of reconciliation at a moment when the country sure could use it.

For the past three years, it feels as if America had turned itself into a stifling crockpot, with endless accusations, counter accusations, sick burns and whatabouts stewing and swirling with each turn of the news cycle.

Biden could crack open a little ventilation window simply by apologizing to Hill without tossing in disingenuous addenda.