Canary Mission Protects Jews. It Should Be Thanked, Not Criticized 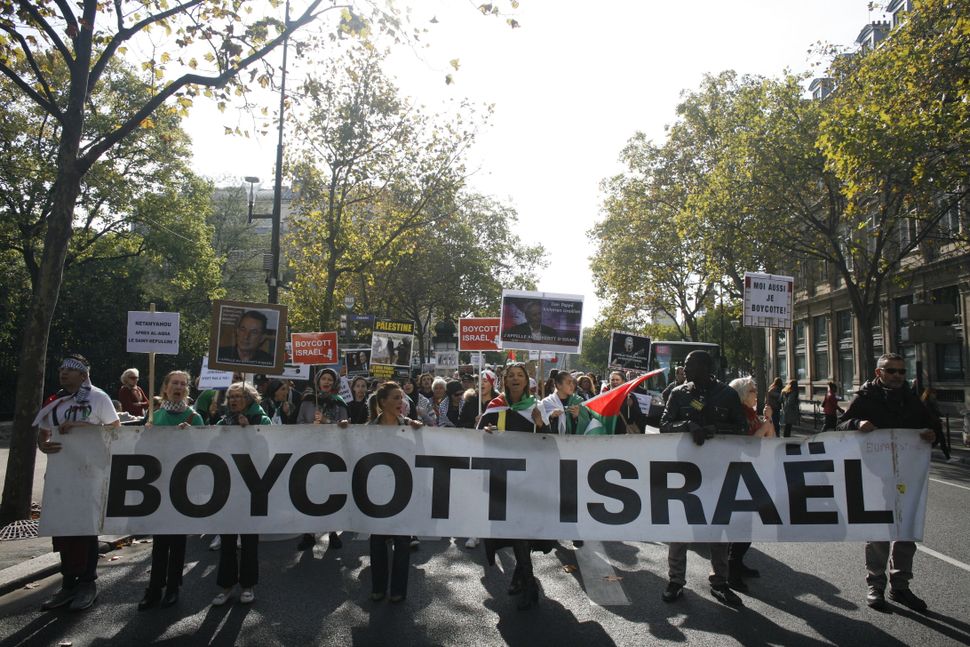 A recent exposé in these pages disclosed that Canary Mission, a website that collects the anti-Semitic and anti-Israel statement of activists, received funding from the San Francisco Jewish Federation. The Federation was forced by the report to promise that it would no longer fund Canary Mission.

This is a mistake.

Canary Mission provides a huge public service, operating as an early-warning alarm system for the safety and well-being of American Jewry.

Established in 2015 as a non-profit organization Canary Mission’s mandate was to document “people and groups that promote hatred of the USA, Israel and Jews on North American college campuses” according to its website. Canary Mission researches, documents, and presents summaries of the activities of individuals, professors, and organizations that demonize Israel and the Jewish Nation on the campuses of American universities.

Among others, Canary Mission succeeds in dragging out into the light of day the dark and pernicious activities of well-known and lesser-known hate-groups, financed by Middle Eastern oil money from Arab Gulf States.

The people and groups gracing the Canary Mission web pages are experts at repeating a host of lies about Jews and Israel. Before Canary Mission, they were free to post their vitriol with impunity. Now, there is a place people who care about Jews can go to find out who hates us.

The information collected on the site is all public information. It is based on social media posts and other things that these people have said in the past. Far from a problem to have these collected in one place, it is a huge public service.

Those who blame Canary Mission for daring to speak out against those who want violence against Jews are unaware of a danger, silently rising up from the ground. Organized anti-Semitism, often thinly disguised as anti-Zionism or anti-Israelism, has become a prominent and undeniable phenomenon throughout the United States. There are active and growing groups in America on the far-right that share at least one piece of ideology with their counterparts on the far-left: a disdain for anything smacking of Israel and Jewish culture.

The incessant demonization of Jews and the supporters of the Jewish State, Israel, has worked its way into the popular press, and is a festering sore at college and university campuses throughout America. Calls for stopping the “international Jewish conspiracy” that reportedly “controls” the country have even made their way to political races for the highest public offices in the land.

Like its original namesake, this organization is a kind of early-warning system to the Jewish People and those who believe in and support them in America. The purpose of the organization is simply to raise a red flag before the eyes of the world.

Because, you see; or rather, you don’t see: we’ve been to this movie before. And recently, too.

Anyone with even a cursory understanding of modern European history knows that the Jewish community of Germany in the early part of the 20th century was prosperous, influential and proud of its position as real Germans in their well-earned place of prominence in German society. Yet only a few decades later, German Jewry was being systematically annihilated by precision German technology of roving SS killing squads and death camps set up throughout Europe.

How tragic it would be if prominent members of the American Jewish community were to try to snuff out the one organization that might just be working to save their lives!

While another Holocaust is not a foregone conclusion, what Canary Mission is picking up on is no joke. The individuals and organizations that work to make life hell on campus for Jewish students, Zionist or not, are very real. And given the chance – they would make Israel, and America, as judenrein as the Third Reich wanted the world to be.

Now is the time for American Jews to open their eyes, to know who are their real friends, and real enemies – and watch and learn as the canaries in the coal mine falter and fall in response to the invisible, scentless poisoned air around them.

Listen to what the canary is telling you, instead of trying to strangle it. Your very lives might depend upon it.

Yisrael Rosenberg is a Boston-born marketing and technical writer who works at the Western Wall Tunnels in the Old City of Jerusalem. He lives in Jerusalem with his Israeli-born wife and their four children.

Canary Mission Protects Jews. It Should Be Thanked, Not Criticized