Our World Is Falling Apart And I’m Terrified 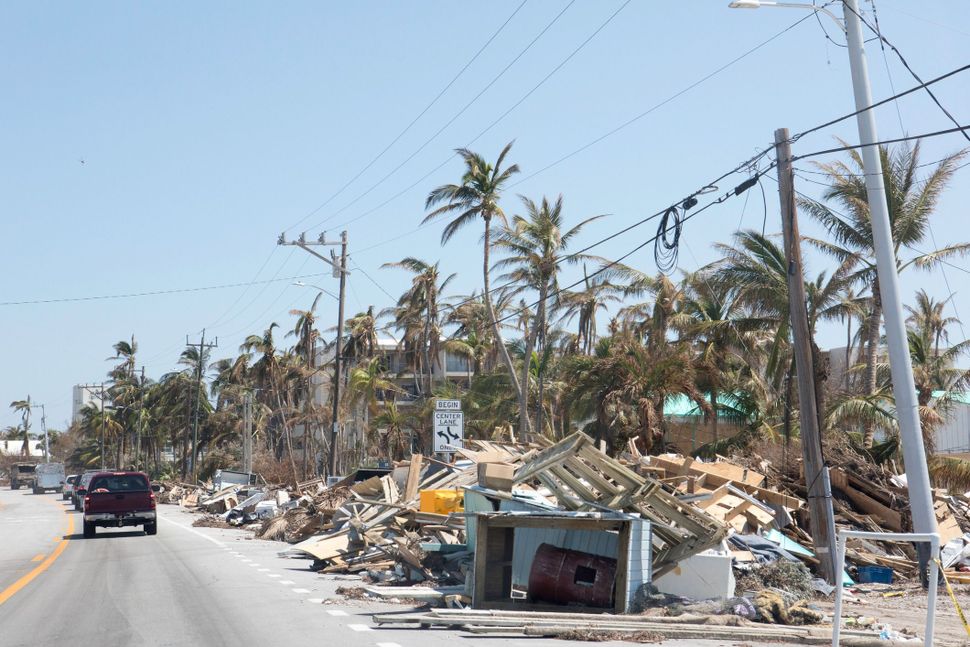 When I was 13, I was struck with an illogical, almost paralyzing fear of the apocalypse. Alarmist clickbait was circulating the internet, telling of mankind’s extinction via Mayan prophecies of Armageddon. A sensitive and imaginative child who was aware of climate change, I would sometimes wake up in the middle of the night sobbing, because I feared I would be swallowed by the sun the instant December 21, 2012 came around.

Sometimes I would lay in bed staring at my ceiling, imagining my gruesome end projected onto it. I wouldn’t live long enough to travel or have cute twins dressed in matching outfits. Desperate to safeguard my future and that of my imaginary twins, I resolved to make myself part of the solution.

Annoying my parents, I became obsessed about the environment. I picked through our trash to catch the recycling they missed and tried to convince them to start composting and get an electric car. I did all these little things with precocious gravitas, truly believing that energy-saving lightbulbs would prevent the end of the world.

As I got older, my level of commitment seemed silly. And of course, the world didn’t end in 2012. I still knew climate change was a problem, but it became a problem that I thought someone else would solve. I let myself forget that everything wasn’t okay.

But recently, I read an article that awakened that old fear in me. According to The United Nation’s scientists, by 2040 the climate crisis will have reached a doomsday point, and the world will be drastically changed. Reportedly, the amount of deaths due to floods, starvation, heat waves, and water shortages will amount to a large-scale genocide.

My partner and I often talk about what our future will look like. But now, we had never considered that we might not be able to have a future.

When faced with the end, humans are comically self-destructive. We’re hyper-aware of our own mortality, but we always think we have more time than we do. And when faced with crises, we often engage in a powerful form of denial.

When I read this report and the grim certainties within it, I desperately wished that I could trust my government to fix it. But our government is extraordinarily cruel and would let the world burn for a profit or a political win.

Always the compulsive Googler, I researched places that would be safe, where I and my partner could run. My stomach became a clenched fist as the entire continent of Africa and all the Caribbean bore a swath of red and orange, denoting that those regions were most at-risk for an inevitable catastrophe.

If climate change isn’t destructive to me, it will be because of my financial privilege, not because it isn’t a crisis.

Perhaps the world ignored this for so long because it was always aware that only the most vulnerable would suffer. As if it is no less of an apocalypse because it’s their apocalypse. As if their lives are expendable and their deaths expected.

I used to believe that our individual actions won’t do anything to stop climate change. I believed that it was only the responsibility of corporations and governments, not private citizens. That’s mostly true. For a solution, we require unprecedented government action and structural change. It’s ludicrous to think we could survive on compost bins and organic produce alone.

But change also starts with people. How can a cruel government and heartless corporations collapse if individuals don’t work to make that happen?

Every day, I stand up in front of groups of young adults and I tell them that the little things they do to combat rape culture have a huge impact. But when it comes to climate change, I’ve convinced myself that I’m not an active participant in the culture and policies that have allowed us to get to this point. And I am.

Our individual actions may not save the world. But our individual inaction won’t make it better either. If we’re capable of speaking out, it is our responsibility to speak out.

We are a generation of people who grew up on doomsday movies. We’ve always been preparing for the apocalypse, but we were taught that the end looks differently. We’ve been conditioned to think that the end will fall upon us with a violent suddenness that we won’t be able to prevent, with the arrival of monstrous aliens or mysterious zombie viruses.

But the end is approaching slower than we think it should, and somehow faster than we could have ever imagined. We are watching the death of the world God entrusted us to care for, we are watching as corporations and corrupt governments kill our descendants with their actions.

I spent a lot of time atoning for various wrongs I had committed against others and myself during Yom Kippur. But I didn’t even think to atone for the sin of not fighting hard enough for a viable future for myself and my loved ones – and the generations that will hopefully come after us.

We are watching the end. And when it gets too unbearable, we switch to watching Kanye West. But one day, each of us must lay still in our bed, look up at our ceilings, and face the terrifying, heart-breaking truth.

And when we face the fact that we’re doomed, perhaps we will have the strength to begin to save each other.

Our World Is Falling Apart And I’m Terrified