Lara Alqasem Could Have Been Me. Am I Next? 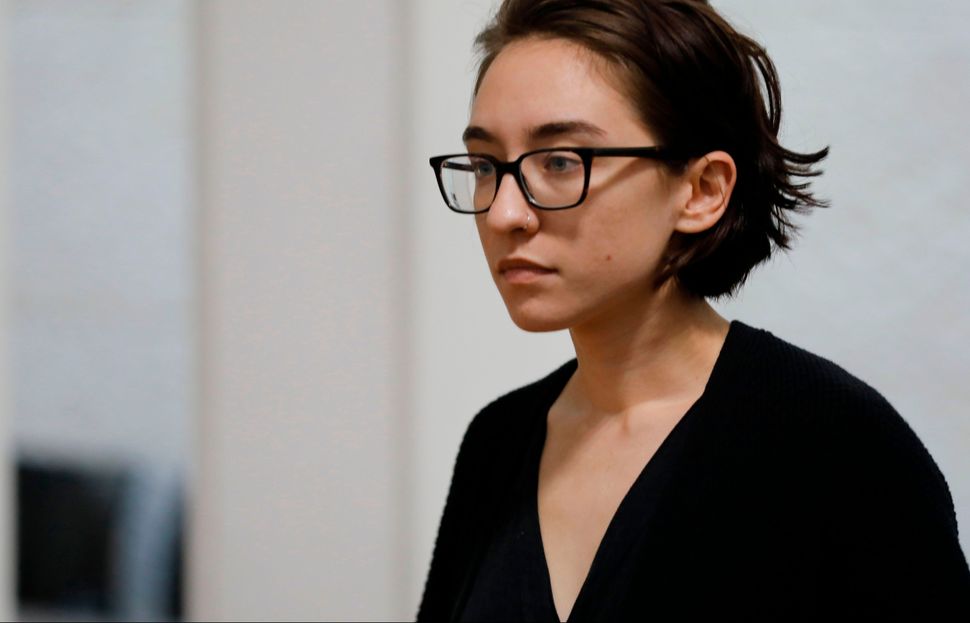 When I grocery shop in my adopted home city of Tel Aviv, I often check the labels to see where my food came from. If I see that it has been harvested or manufactured in a West Bank settlement, I won’t buy it.

Many of my Israeli friends in liberal Tel Aviv do the same thing. I will not support the occupation of Palestinian land or the Israeli settlement movement with my own money if I can at all help it. It’s my own personal boycott.

Watching the story of Lara Alqasem’s detention and denial of entry into Israel these past few weeks has been especially disturbing to me because it could have been me, right down to the gold hoop nose ring.

I applaud the Supreme Court’s decision to allow Alqasem into Israel. Still, I’m troubled to think who will be the next victim of the Israeli government’s attempt to police people’s thoughts and opinions.

Will it be me?

Like Alqasem, I also traveled to Israel to study during my college years. Alqasem has a father with Palestinian heritage; I have a large family of 2nd and 3rd Israeli cousins that have kept me connected to my adopted home country.

While in college, Alqasem may have supported the boycott of Israel during her time as head of the local Students for Justice in Palestine (the evidence on this remains unclear). After college, I went on several trips to Palestinian controlled areas of the West Bank. I was becoming more liberal in my views on Israel, and needed to experience firsthand the Palestinian narrative that I feel had been withheld from me throughout my life.

When I returned from that trip, I actively withheld my support for Israel back in the US; it was another low-level personal boycott, mostly centered around the groceries I bought: avoid things manufactured in Israel and most definitely avoid anything that came from Israeli settlements.

If the BDS law had existed back then, would I have even been let back into Israel, much less allowed to move there and become a citizen?

The difference between myself, an American citizen of Israel scanning the aisles of her local “makolet,” making sure the wine she purchases doesn’t inadvertently support the occupation of Palestinian land, and Lara, an American student who may or may not support the BDS movement, is not so vast.

I recognize the difference between boycotting the settlements and boycotting Israel. But it boils down to the same issue: A country that suppresses dissent by blocking entry for anyone that doesn’t agree with them, or those who actively express their disagreement, is weak, and a farce of a democracy.

My name is Tracy, I am both an American and Israeli citizen. I do not purchase groceries manufactured in the West Bank, and I believe that people have a right to boycott, divest, and sanction Israel or even less than that, the right to voice their support for BDS without being blocked from entering Israel.

I have a flight back to Israel in early November and look forward to whatever repercussions the Israeli government wants to dole out as punishment for me voicing my opinion.

Tracy Alissa Levy is a writer, documentary filmmaker, and content creator based out of Tel Aviv and Los Angeles. Her website is www.TrayLev.com.

Lara Alqasem Could Have Been Me. Am I Next?