Israel Has Chosen Settlements Over Security 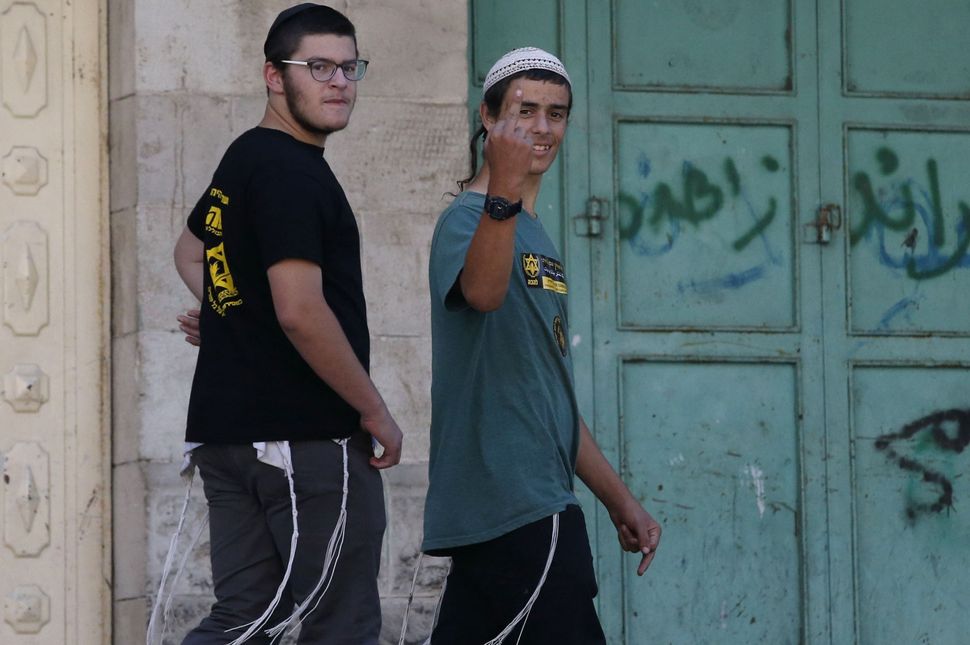 Since its 2005 disengagement of forces from the Gaza Strip, Israel has been engaged in recurring hostilities and five medium-to-large scale military operations against the Hamas regime and other militant groups in Gaza.

This year has seen a new form of warfare from Gaza: incendiary kites and balloons have caused thousands of fires, which burned tens of thousands of acres in bordering Israeli communities. Hundreds of rockets have forced Israeli residents of the Negev into shelters. The Israeli Defense Forces have retaliated with brute force and killed 145 Palestinians, mostly demonstrators along the borders.

Yet, the public discussion about Gaza in Israel is gridlocked, while the internal dispute within Benjamin Netanyahu’s right-wing government is confined to whether another harsh blow on Gaza may solve things once and for all, or whether Israel’s best option is to manage the conflict.

Neither option will work.

The only long-lasting solution for the Gaza problem requires preserving the two-state solution, making the Palestinian Authority a partner and eventually reuniting the West Bank and Gaza under one leadership — Fatah — as part of a process whose end goal is a Palestinian state, living alongside Israel.

However, Netanyahu’s conflict management policy, in Gaza and the West Bank, seeks to keep the two Palestinian entities divided and isolated. The Israeli government chooses not to try to resolve the conflict, and not because this conflict is irresolvable.

On the contrary, the conflict is indeed resolvable, but its solution will require dismantling Israeli settlements in the West Bank.

In other words, the Israeli government is choosing settlements and occupation over security for its citizens.

Even worse, the Israeli government is engaged in limited cease-fire talks with Hamas, a fundamentalist organization which sees a two-state reality as nothing more than a resting place on the road to a “Greater Palestine” under Islamic rule, while Netanyahu refuses to negotiate with Mahmoud Abbas and the Palestinian Authority, choosing instead to isolate Abbas.

“With Hamas we can negotiate, but not with Abbas,” said Eli Ben Dahan, Deputy Defence Minister, in a radio interview two months ago, adding, “There’s no territorial conflict between us and Gaza.”

Israel’s Minister of Energy, Yuval Steinitz, a prominent member of the Likud party, had likewise said, “I’m not sure it’s worth bringing Hamas down for us to have Abbas instead.”

Still, negotiating a limited cease-fire with Hamas while sidelining the Palestinian Authority leads to renewed violence, as indicated by last week’s rocket attack from Gaza on Beer Sheva, which destroyed a home and nearly killed or wounded a mother and her three children living in it.

Gaza is embroiled in a severe economic and humanitarian crisis. Roughly two million Palestinians live in the 141 square-mile Gaza Strip, making it the third most densely populated region in the world. 71% of Gazans are under 30 years old, 41% are unemployed, and 70% depend on humanitarian aid for their basic needs.

Gaza is a socio-economic pressure cooker.

While Israel’s security chiefs have repeatedly warned politicians about this situation, and recommended rehabilitating Gaza, Israel’s right-wing government refuses to heed these experts’ advice. Instead, it vacillates between extreme militarism and myopic pragmatism.

Advocating military action, Israeli Education Minister and Jewish Home Party leader, Naftali Bennett has been trying to score political points by attacking Defense Minister Avigdor Lieberman’s restraint. Instead, Bennett calls for the eradication of the Hamas regime. Bennett relies on the tired hypothesis that if Israel applies enough force, the Palestinians will cave.

But this hard-line thesis has been repeatedly undermined by reality. Since 2008, Israel has prosecuted three large-scale operations in Gaza attempting to eradicate Hamas or at least weaken its support base. Yet Hamas remains and the Palestinians are ever more intransigent.

Netanyahu’s faction, on the other hand, opts for ostensible pragmatism, understanding that military escalation will not bring victory, and that Hamas cannot be annihilated.

Instead, Netanyahu seeks to manage the conflict by lowering the flames to avoid the inevitable political fallout from an open conflict. But he refuses to initiate a long-term process involving the Palestinian Authority in solving the crisis in Gaza.

Thus, when it comes to the possibility of a Palestinian state, which requires dismantling some West Bank settlements, Netanyahu is no longer a pragmatist, but a right-wing political ideologue. The same is true for the “conflict management” policy, right-wing ideology disguised as clear-eyed pragmatism.

Instead of constantly waiting for Hamas’s next move, Israel has to take the initiative, making the rehabilitation effort in Gaza a point of departure for a comprehensive process.

The solution to the humanitarian crisis in Gaza and the security challenge it poses is twofold. First, we must find ways to help Gaza’s economy, build infrastructure and lift the blockade as much as possible without compromising the wellbeing of the Negev’s residents. Better economic prospects would deter Palestinians from resorting to violence against nearby Israeli towns and ensure de-escalation.

Simultaneously, Israel must begin involving the Palestinian Authority in running Gaza, gradually helping it take over. All the while, Israel must make the point that our final goal is a long-lasting peace and a Palestinian state in the West Bank and Gaza under a unified leadership, making the collaboration worthwhile for all parties involved.

This is the only way to preserve Israel as a secure and democratic Jewish state. Establishing a Palestinian state serves Israel’s national and security interests. The government’s feigned impotence in resolving the crisis with Gaza further proves that in all his years of government, Netanyahu and his cabinet have lacked the leadership or policy dynamism to safeguard Israeli citizens’ security.

The crisis in Gaza proves that Netanyahu’s government, or any leadership that chooses settlements over security, does not have the wherewithal to resolve Israel’s challenges. A solution for the Gaza problem and the prevention of the next military escalation depend on a fundamental change of our national priorities so that security comes first.

Ami Ayalon is the former head of Israel’s domestic agency Shin Bet and co-founder of Blue White Future. Liat Schlesinger is, executive director of Molad – the center for the renewal of Israeli democracy.

Israel Has Chosen Settlements Over Security