Celebrate The First Vote Like A Civic Rite Of Passage 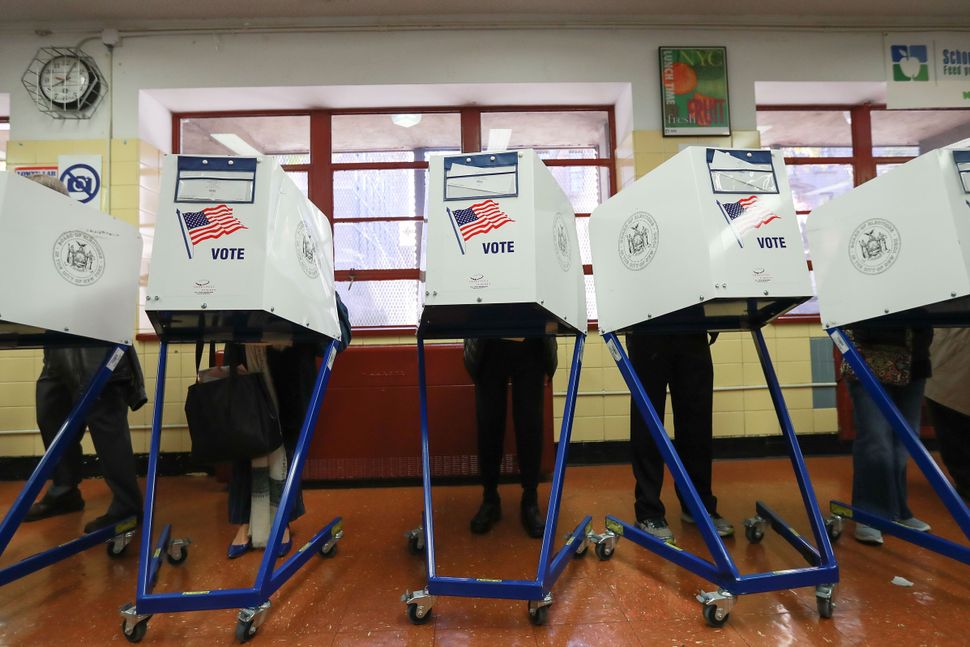 This column has a message for every person eligible to vote for the first time this November.

Unlike so many of life’s significant milestones, the act of voting for the first time often goes unnoticed. Maybe the poll workers clap. Maybe the new voter gets a special sticker.

Contrast that to the way we greet other rites of passage in young lives with great fanfare, capturing the first step for posterity on Instagram and Facebook; spending hundreds on prom dresses and thousands on bar mitzvah parties; videotaping soccer games and dance recitals; swooning over the first date and swearing over the first car.

But in too many homes, schools, synagogues and communities, the First Vote, the introductory step toward what should be a lifetime of active citizenship, is welcomed by little more than a collective yawn.

This issue has been a passion of mine for nearly two decades; I even wrote a book exploring the history of youth voting and the decline in civic engagement, offering a blueprint for reform — “Taking Back the Vote: Getting American Youth Involved in Our Democracy,” published by Beacon Press in 2004. It’s okay if you haven’t heard of it. Sadly, it never made Oprah’s best-seller list, though you can still buy it on Amazon!

The book’s central themes were largely adapted by Barack Obama’s presidential campaign in 2008, which saw a surge in youth voting. And, damn it, they are largely still relevant today.

Voting is not a solitary statement, even if in some states you can fill out an early ballot at 3 a.m. in your pajamas. It is executed in secrecy, but not in isolation, because it is behavior that is part of a communal ecosystem, predicated on a core belief in the agency of the individual to shape his or her surroundings in concert with others.

Sure, it’s thrilling when the likes of Michelle Obama, Lin-Manuel Miranda and Tom Hanks share their voting stories, or when there’s a spike in voter registration after Taylor Swift urges her fans to get involved, or when Rihanna reminds her 65 million Instagram followers to sign up before it’s too late. But research shows that celebrity endorsements, no matter how sparkling, have a limited impact, especially on a generation saturated with brand marketing messages.

Far more powerful are exhortations from peers and trusted authority figures, those whom young voters-to-be admire. Because, ultimately, voting is an act of faith. Faith that your vote will, indeed, count (and these days, that does require an imaginative leap). Faith that you can, under certain circumstances, make a difference in your community.

We know that this faith is in dangerously short supply among young voters, but the reason for this is often misunderstood. It’s simply not accurate or fair to blame these voters entirely for being disengaged or apathetic; the reason young people don’t vote is that our society has done its utmost to discourage them from doing so.

Passage of the 26th Amendment lowering the voting age to 18 from 21 went into effect in time for the 1972 presidential election, and that year, 50% of 18- to 24-year-olds cast a ballot. Historically, the numbers should have risen in subsequent elections. When other formerly disenfranchised groups were given the right to vote — such as women and African Americans — their participation levels increased over time. For young voters, it’s been just the opposite.

Turns out that ’72 was the high point of their electoral participation. Voting rates for 18- to 24-year-olds in presidential elections dropped to a record low in 1996 (32%) climbed back up for Obama’s first election (44%) and dropped down (39%) in 2016. While polls indicate a swelling enthusiasm for this year’s midterms among 18- to 29-year-olds, history also shows that there’s a substantial gap between those who say they will “definitely” vote and those who actually do.

Voting is a habit, a learned behavior, but our culture doesn’t prize it or encourage it. If we did, Election Day would be a national holiday — combined with Veterans Day. (What better way to honor true sacrifice?) Every state would offer same-day registration, which studies have shown improves voter turnout. But, according to the National Conference of State Legislatures, only 15 states and the District of Columbia allow voters to register on Election Day; another two make it possible during part of their early voting period.

For young people, who move from home to campus to job to wherever, being forced to register weeks in advance discourages turnout.

If we genuinely cared about improving youth voter turnout, then we would reverse the widespread decline and disinvestment in civic education in the nation’s schools. Here’s why: A 2013 national survey by The Center for Information & Research on Civic Learning & Engagement, at Tufts University, found this: “Young people who recalled high-quality civic education experiences in high school were more likely to vote, to form political opinions, to know campaign issues, and to know general facts about the U.S. political system.”

These specific factors interact with a larger landscape that suppresses overall voter turnout, including the dramatic absence of competitive races due to gerrymandering and to the Republican attempts to place new restrictions on voters, particularly minority and poor citizens.

Still, I remain more hopeful than I was a decade ago that these trends will reverse, and that’s because young people themselves are leading the charge with courage and creativity. While all of us must work on the structural changes needed to truly strengthen representative democracy, we also must support and celebrate those who are taking the first, brave steps to organize and act.

I gave my oldest daughter a slim volume of Walt Whitman poetry to mark her First Vote. What are you doing to celebrate the First Vote of a special person in your life?

How are you celebrating the first vote of someone in your home, school, synagogue, and community? We’d love to hear from you — tell us your voting story here.

Jane Eisner is the editor-in-chief of the Forward. Contact her at eisner@forward.com Sign up here for her weekly newsletter, Jane Looking Forward.

Celebrate The First Vote Like A Civic Rite Of Passage