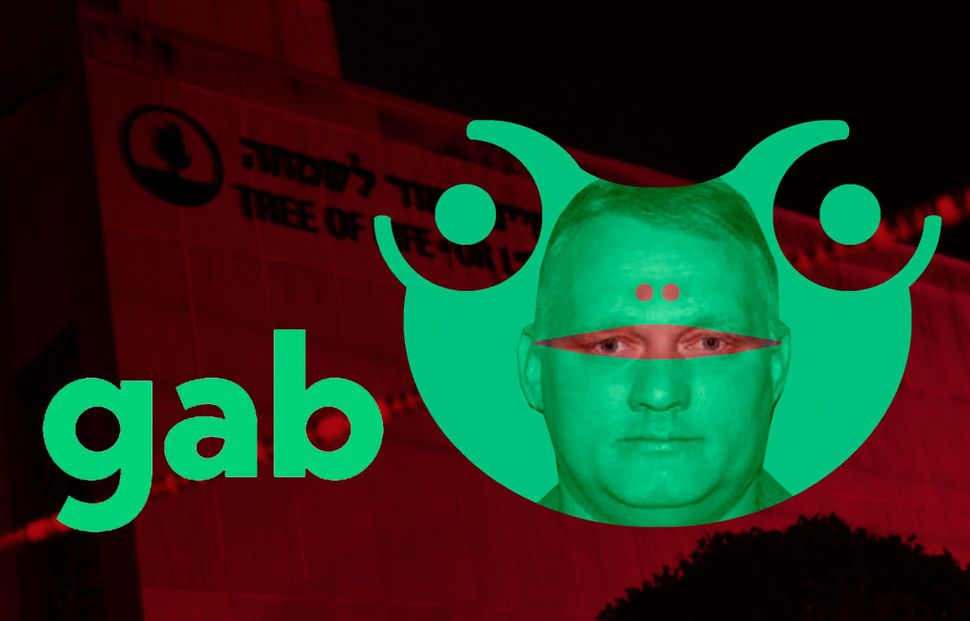 Before he attacked the Tree of Life synagogue this Saturday, the alleged Pittsburgh gunman Robert Bowers posted a message on social media. “HIAS [Hebrew Immigrant Aid Society] likes to bring invaders in that kill our people. I can’t sit by and watch my people get slaughtered,” he wrote. “Screw your optics, I’m going in.” He then carried out his threat, murdering eleven people for the crime of trying to help immigrants.

If this blatantly anti-Semitic statement of intent had been posted to Twitter or Facebook or Instagram, it might have been deleted by moderators. In fact, Bowers profile might have been deleted, since it read in part “jews are the children of satan.” But Bowers didn’t need to be concerned about such censorship because he wasn’t using Facebook or Instagram. He was using the social media platform Gab.

Gab is a Twitter-like social media app; it allows users to write posts of 300 characters. It touts itself as an alternative to Twitter and a haven for free speech; it has stated its mission is “to defend free expression and individual liberty online for all people.” However, a paper presented at the 2018 SSBP-BRiMS 2018, a behavioral modeling conference, tells a different story. Gab isn’t really an open community for all interested in free and open discourse. It’s a community for right wing hate.

The great joy of the internet has been to connect the marginal and the niche: LGBTQ Jews have been able to find and support each other, hair braiders of the world have their online communities, Panthera has done amazing work to protect the world’s 38 wildcat species. But the internet has also provided shelter and connection for conspiracy theorists, including the most hateful and the most violent.

Not only did Gab give Bowers a platform where he would not be banned for blatant racism, it gave him a community that would support his violent extremism. 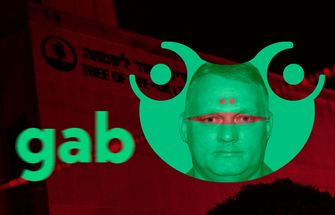 The behavioral researchers digitally collected and analyzed all posts appearing on Gab between the site’s creation in 2016 and February 2018. They then divided posts into 33 groups, including topics like pop culture (2.52% of posts), health and nutrition (1.11%) and sports (1.65%).

If you spend a lot of time on Instagram or Facebook, you might think the biggest topics on Gab would be cat pictures or birthday wishes. Instead, though, the largest category of posts, at Gab is politics, at over 56%. The largest subcategory is “Ideology, religion and race” which accounts for 10.23% of posts.

“Ideology, religion, and race “includes topics such as changing racial demographics, threats to Christianity, and concerns about Jewish influence,” explained paper co-author William D. Adler, a political science professor at Northeastern Illinois University. “It’s a lot of what you might think of as white nationalism.”

Nor does that 10% figure really capture the prevalence of far right racism on the sight. Another separate 5.10% of conversation was about “Trump, Clinton and conspiracies,” while 1.95% was about “Globalism” — which is a dogwhistle term for anti-Semitic conspiracy theories.

In contrast, there is little discussion of left topics that might be considered to push the edges of acceptable discourse. There are no Stalinist apologia, for example, nor calls for violent Communist revolution. More, there is not an equivalent on the left for Gab, or for the other right wing social media networks like WrongThink (modeled on Facebook) or GoyFundMe (a right wing Kickstarter, which even has an implicitly anti-Semitic name.) Extremist social media bubbles are not a both sides problem; they are a right-wing phenomenon.

It’s no surprise, then, that the major media figures who have gathered at Gab are notably right-wing. They include people like former Breitbart columnist and orchestrator of online harassment campaigns Milo Yiannopolous and neo-Nazi editor of the Daily Stormer Andrew Anglin.

Indeed, Gab was forced by its domain registry to take down a post by Anglin which mocked Heather Heyer, a woman murdered in an alleged vehicular homicide by one of the attendees of the alt right rally at Charlottesville. Adler says they also found frequent links to alt right associated sites, like Breitbart and Gateway Pundit.

The paper also links Gab’s growth directly to the far right. At the beginning of 2018 (it had around 310,000 users.) [https://thehill.com/policy/technology/360806-twitter-crackdown-sparks-free-speech-concerns] Generally, since its inception, Gab has grown by about 1000 users a week. However, it had two periods of more rapid growth. The first was in November 2016, after the election of Trump, when it grew by 5000 users a week. The other was August-September 2017, around the Charlottesville alt right white supremacist Unite the Right rally, when the site grew by around 3300 users a week.

Gab is not, then, a site for people to discuss all topics freely. It’s specifically a social networking site for far right believers like Bowers to express their views and inhale conspiracy theories and hatred from like minded peers. As for free speech — “that’s part of the game here, of course,” Adler said. “They don’t want to say [what they’re really doing] out loud, so they say ‘free speech, free speech.’”

In his recent book, “How Fascism Works,” Jason Stanley notes that “United States politics has recently been dominated by pro-free-speech rhetoric from far-right nationalists.” Stanley points for example to “Trump Free Speech Rallies” in Portland, Oregon. He also writes that Jeremy Joseph Christian, the white nationalist who murdered two people in May 2017 for trying to stop him from harassing two Muslim women, shouted “Free speech or die!” at his arraignment.

Stanley explains that fascists are dedicated “to using democracy’s liberties against itself.” Gab and others on the far right claim to be devoted to open discourse.

Some media figures have taken this at face value, as when Malcolm Gladwell argued that far right Breitbart editor should be allowed to speak at the New Yorker Festival of Ideas. But the events of this week are a reminder that when you give fascists a platform, they will use it to rail against not just the voices, but the very existence of those they hate and disagree with. To murder people for praying in a house of worship shows a complete and terrifying contempt for free speech.

Free speech is obviously important to a free society; it’s one of the cornerstones of American democracy. But the readers of the Daily Stormer or the members of Gab aren’t interested in reasoned discussions of fact or in weighing arguments. There is just a steady drumbeat of hatred and a persistent spur to violence..

Following the synagogue shooting, many of Gab’s business associates and vendors have distanced themselves from the service. It has been dropped by payment processor Paypal, by hosting service Joyent, and by domain register GoDaddy. As a result, it was taken offline shortly after the Pittsburgh murders.

The action by companies who deal with Gab is welcome, if belated. But Bowers’ actions should spur companies to do more to regulate hate speech on their platforms. Twitter for example claims that hate speech is against its Terms of Service but its enforcement is erratic. Charlie Warzel of Buzzfeed recently highlighted anti-Semitic memes claiming Holocaust survivor George Soros was a Nazi. YouTube has let itself house a cesspool of far right propaganda.

Gab users of course believe that mainstream sites, which are still replete with hate posters, are too restrictive. “We have been smeared by the mainstream media for defending free expression and individual liberty for all people”, a statement on Gab’s website declared.

But the analysis of content on Gab shows that the people on it are not committed to free speech. They’re committed to hate. And hatred ultimately calls for the silence of those who are hated.

Noah Berlatsky is the author of “Yet Another Heart of Darkness: American Colonial Films,” follow him on Twitter @nberlat