Pittsburgh’s Jews are a proud people. Squirrel Hill is the center of our physical and spiritual world. We are the living, breathing example of what it means to be an American Jew today: integrated Americans exhibiting outward Jewish pride.

So when a domestic terrorist shot up my parent’s synagogue, he did so knowing full well what he was doing. If you want to strike directly at the heart of Pittsburgh’s Jewish community, you do it in Squirrel Hill.

For much of Jewish urban America, cities have become places of the past. Jewish communities in the 1960s and 1970s fled for the suburbs to relative comfort and safety. And they did so from Pittsburgh too; but not from Squirrel Hill.

I grew up in Pittsburgh. My parents and 95 year old grandmother – who was born in Pittsburgh - still live there. My grandfather, who passed away several years ago, was born there too. Born a son to eastern European immigrants and a brother to seven other siblings. He, like many of his generation, served in World War Two and then came home to build a successful business. In Pittsburgh.

And that is what is so special about being a Pittsburgh Jew. We stay. And if we leave, our heartfelt connection never really leaves with us. I now live in suburban DC and am raising my children there. But every Sunday, I take my three girls to watch Pittsburgh Steelers games with me. My parents host them for “Camp Grandma” every winter and summer in Squirrel Hill. My girls love and are connected to the city.

They all had their baby namings in the Tree of Life synagogue.

And that’s where the events of this past Shabbat get personal. My parents are members of one of the congregations – Dor Hadash - that worships at the Tree of Life facility. They were there for Shabbat services the Friday night before the attack.

When I heard the news of the shooting on Saturday morning, a chilled pulse went through my spine, just as it had when terrorists attacked us on 9/11. I was giving a speech outside the Pentagon that day and heard the plane fly over the venue where I was speaking, crashing into the Pentagon. Deep paralyzing fear shuddered through my body.

In the aftermath of the attack, a group text of my high school friends began to immediately fire up about what had happened. A terrorist – this time a bigoted individual with unlimited access to military style firearms and a political grudge against immigrants – targeted us. In reality, he targeted me.

However, there’s something I learned in Pittsburgh about Jewish pride and strength. As American as our community is, we are also deeply committed to being Jewish. We have the whole range of Jewish life – believers and non-believers, Lubavitch and Reconstructionist, Conservative and Reform – all living in the same small neighborhood.

We are proud of who we are and we don’t hide it. The Jewish Community Center is in the heart of Squirrel Hill and open to everyone. We had a Jewish Mayor, Sophie Masloff, and produced famous Jewish writers and actors like Michael Chabon and Jeff Goldblum. Our pride is integrated into our commitment to the city that has given us so much.

And the city embraces us too. There’s a Hillel wedged right between the Carnegie Mellon and University of Pittsburgh campuses. There’s the annual Israel Day Parade that runs through the heart of Squirrel Hill. Both a mikvah and the JCC are prominently located on Forbes Avenue in the heart of the neighborhood. We have no fear of our neighbors.

Perhaps this strength is rooted in our deep connection to the two pillars of post-World War Two Jewish life: the Holocaust and Israel. Trips to Israel are common. Holocaust Remembrance Day is attended by survivors. There is a Holocaust Center and Memorial in the city. Luminaries from Israel continually stream through our city. My grandmother has photos on her living room wall of a visit to Pittsburgh by Shimon Peres. Israel and the Holocaust are always on our mind, giving us a connection to something bigger than ourselves, and in this moment, to something that gives us strength.

So as we honor the victims and recover from this horror, it is this foundation we have built for more than a century that we have to lean on. My great-great grandparents fled to America and ultimately to Pittsburgh nearly 120 years ago to escape anti-Semitic violence in their Romanian homeland. They built a new reality, one that not even this hateful attack can begin to erase.

Joel Rubin is a native Pittsburgher and a contributing author to the Forward. 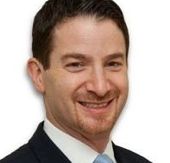 Joel Rubin, who served as a high-level official in the Obama State Department, is a founding board member of the Jewish Democratic Council of America (JDCA)

Pittsburgh’s Jewish Pride Tested In This Moment Of Crisis