Trump Has Bitterly Divided Us — And Election Offers No Easy Answers 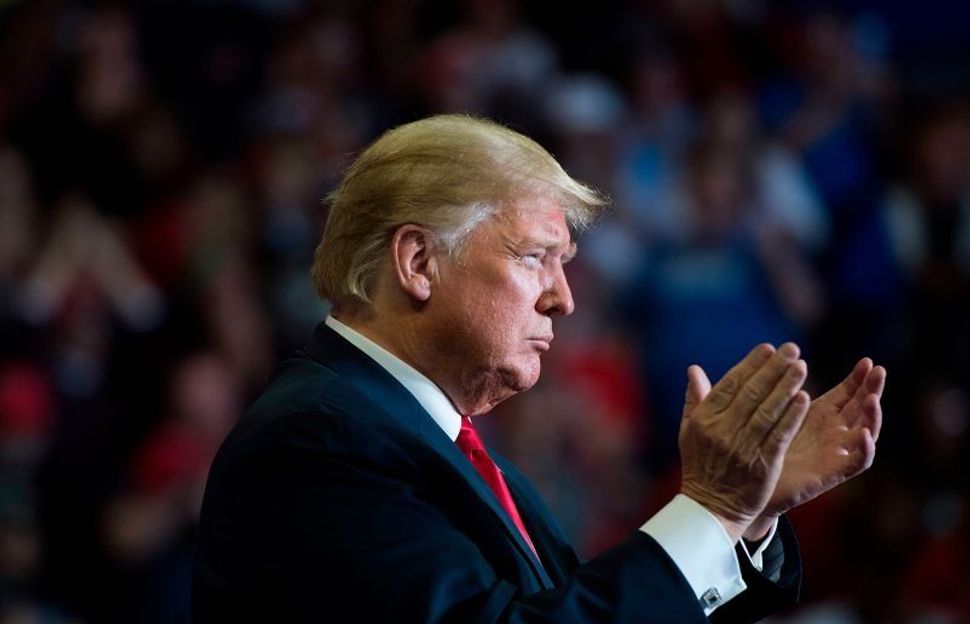 The Democratic ripple that wasn’t quite a wave on Tuesday restored some balance to America’s dangerously lopsided political system.

It ensures that at least one chamber of the Congress will fulfill its constitutional duties and serve as a genuine check on the executive branch. It broke some of the racial barriers and glass ceilings that have prevented more good people from taking their rightful place in government.

It repudiated (though only partially) the racist, mendacious campaign led by President Trump and enabled by too many in the Republican Party he now controls.

True, compared to the “shellacking” delivered to Barack Obama at his first midterm, when his party lost the House and gave up seats in the Senate, this time the turnover wasn’t quite so dramatic. By expanding the GOP majority in the Senate, and winning some key governorships, Trump can rightly claim a certain success, and, dependably, he already has. He made this midterm election about himself, and the mixed results confirm that the nation remains deeply divided about his presidency.

And so we are at a crossroads. On one path is a politics eerily like the last two years, only louder, ruder, cruder and more dispiriting.

The other can be more restorative.

It’s almost as if there are two Americas now. For Jews, the October 27 massacre at a Pittsburgh synagogue drove home the point in bloody detail: Eleven people slaughtered at the hands of a white nationalist whose warped ideology was empowered by Trumpism and brought to deadly fruition by the nation’s unwillingness to curtail assault weaponry.

And yet the extraordinary outpouring of support for the bereaved Jewish community demonstrated the deep well of tolerance and comity that still nourishes this country.

That same dynamic seesawed through election night. Democrats took control of the House — and really, how could they not? — and made history in other notable ways. A massive margin in the popular vote. A record hundred women elected to Congress, including the first two Muslim women and the first two Native American women. Lots of Jews will join them, including a few surprising victories. Minority candidates won in several white swing districts. The first openly gay governor was elected.

The Republican Congressman in Florida who peddled a malicious conspiracy theory that George Soros was funding the infamous “caravan” to Mexico won re-election. A neo-Nazi Holocaust denier lost in Illinois — but still, an estimated 45,000 people voted for him.

The ugly underbelly in the American character still maintains a hold on power.

So the challenge is how to bring accountability to Washington without further poisoning the discourse and without locking the wheels of government so that nothing gets done for the next two years.

A different sort of President would strive to bring the two Americas together, but this president’s mode of operation is just the opposite, to sow division and discord. And in some states, his cynical tactics worked.

There’s the opportunity now to choose that other path. To figure out how to restore balance without toppling over the machinery. To combat ugliness with something strong but more beautiful.

One way to do this is to follow the example of the Jewish activists who organized a protest against President Trump when he visited Pittsburgh a few days after the attacks. He had every right to pay his respects on behalf of the nation, of course, though the timing of his visit was problematic.

But the protesters also had every right to voice their opposition. They did so peacefully, creatively, inclusively.

Maybe this can serve as a model for the two Americas, a way to channel the positive public passion unleashed by this momentous election into something durable and respectful. A new wave can bring a different sort of politics, if only there’s the will to move it in the right direction.

Trump Has Bitterly Divided Us — And Election Offers No Easy Answers