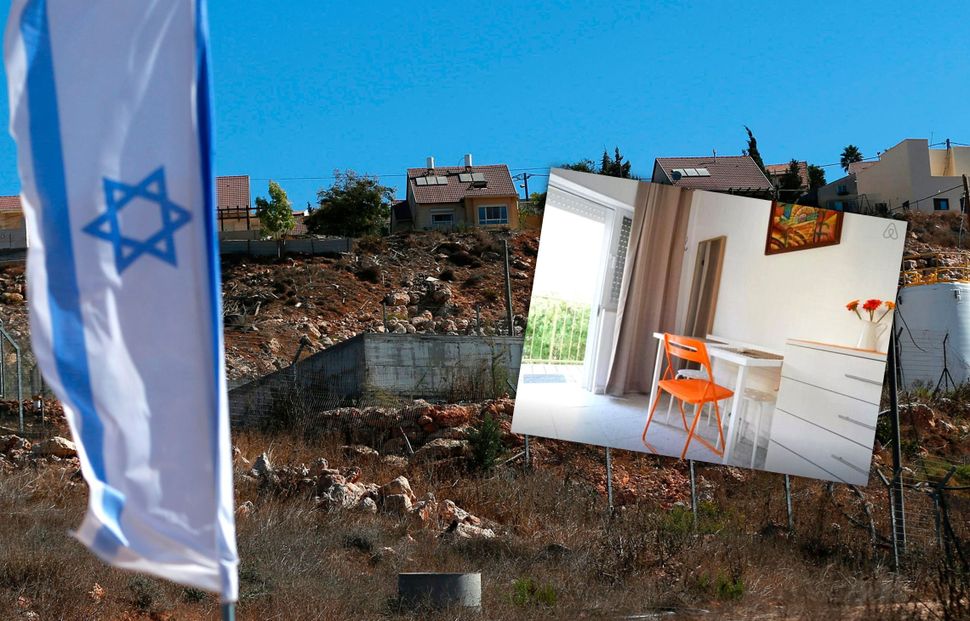 The Anti-Defamation League has a disease. It suffers from an acute — and potentially fatal — form of moral schizophrenia.

The ADL was founded 105 years ago during the anti-Semitic conviction and later lynching of Atlanta business owner Leo Frank with a dual purpose. It was created “to stop…the defamation of the Jewish people” but also — crucially — “to secure justice and fair treatment to all citizens alike and to put an end forever to unjust and unfair discrimination against and ridicule of any sect or body of citizens.”

It was this moral universalism that led seven ADL officials to march with Martin Luther King for voting rights in Selma, Alabama in 1965. In keeping with the Bible’s repeated directive to Jews to “not oppress a stranger…because you were strangers in Egypt,” and King’s own insistence that “injustice anywhere is a threat to justice everywhere,” the ADL encased its struggle against anti-Semitism inside a broader struggle for equal justice.

In the United States, for the most part, the ADL still does that. Under its current National Director, Jonathan Greenblatt, the organization has again and again challenged the Trump administration’s bigotry and inhumanity. In late 2016, amidst rumors that Trump might establish a database of American Muslims, Greenblatt even announced that if Trump did so, he would “register as a Muslim” in protest.

But when it comes to Israel, the ADL is a different organization. Not just different, in fact, but morally unrecognizable. The ADL doesn’t just fail to meaningfully oppose Israel’s “unjust and unfair discrimination” against Palestinians, it opposes those who do. When Americans apply the very principles that the ADL champions in the United States to Israel, the ADL accuses them of anti-Semitism.

The latest example is Airbnb. Last week, the company declared that it would not list rental properties in Jewish settlements in the West Bank.

To understand Airbnb’s decision, it’s worth comparing the status of Palestinians in the West Bank to the African Americans in Alabama on whose behalf the ADL protested more than fifty years ago. In theory, African Americans in the segregated south were citizens of the United States. But they could not practice that citizenship. Above all, they could not vote. And because they could not vote, the federal, state and local governments under which they lived plundered, abused and even murdered them with impunity.

In a single territory lived two groups — blacks and whites — only one of them enjoyed the franchise. As a result, virtually every time black and white interests collided, white interests prevailed. That’s why King was marching in Selma. “Give us the ballot,” he explained, “and we will no longer have to worry the federal government about our basic rights.”

As horrifying as the plight of African Americans was in the segregated south, the plight of Palestinians in the West Bank is worse. It’s worse because Palestinians are not even theoretically citizens of the state in which they live.

Palestinians live under the control of the Israeli government. The Israeli army — and the army of no other country — can enter any square inch of the West Bank any time it wants and arrest anyone it wants.

Yes, the Palestinian Authority, created in 1993, performs basic services: It picks up the garbage, runs schools and arrests car thieves. But it is not a government; it is a subcontractor, akin to the kings, princes and chiefs that served the European empires that once governed chunks of Africa and Asia. Palestinian Authority officials need Israel’s permission to travel from one end of the West Bank to the other. Israel can arrest them at will.

So in the West Bank, as in the Jim Crow South, two groups of people live under the same government. And as in the Jim Crow South, one group can vote for that government and the other cannot. Everything flows from that: Why does the Israeli government take privately owned Palestinian land and distribute it to Jewish settlers? Why do Jewish settlers enjoy lush gardens while West Bank Palestinians subsist on a few hours of water per day? If a Jewish settler and a Palestinian get into a fight, why does the Jew go before a civil court with due process while the Palestinian goes before a military court with a conviction rate of more than 99 percent?

Because the Israeli government that makes all these decisions is accountable to Jews and not Palestinians. And that is because only Jews can vote for that government. Legally, the crucial difference between Hebron today and Selma in 1965 is that in Selma, King could demand the right to vote because, theoretically, African Americans were citizens of the United States. West Bank Palestinians are not — and cannot become — citizens of Israel. That’s why, legally, their condition is even worse.

This month, Human Rights Watch explained what this meant for Airbnb and other companies that help people rent out private homes. It meant Airbnb was listing rentals on West Bank land that the Israeli government has stolen from individual Palestinians and distributed to settlers. And it meant Airbnb was listing rentals in Jewish settlements from which Palestinians are barred from living. The company, citing a pledge to “treat everyone in the Airbnb Community — regardless of their race, religion, national origin, ethnicity, disability, sex, gender identity, sexual orientation, or age — with respect,” responded by removing West Bank settlements from its website.

And the ADL responded to that by suggesting that Airbnb is complicit in anti-Semitism.

The most important thing about the ADL’s letter to Airbnb is what it doesn’t say. It never acknowledges that the Jewish settlers who rent on Airbnb enjoy a series of rights — citizenship, due process, free movement and the right to vote for the government that controls their lives — that are denied to their Palestinian neighbors. It never acknowledges the basic injustice to which Airbnb sought to respond.

What the ADL letter does say is misleading, trivial and irrelevant. It begins with two paragraphs about the evils of the movement to Boycott, Divest from and Sanction Israel (BDS). This is a ruse. The BDS movement calls for boycotting all of Israel; Airbnb explicitly rejects that. In the same letter in which it announces that it will not list rentals from the West Bank, the company celebrates the fact that, “There are more than 20,000 Airbnb hosts in places like Tel Aviv, Jerusalem, and other parts of Israel, and Airbnb is very proud of our robust community of wonderful hosts.”

Airbnb isn’t boycotting Israel; it’s drawing a line between Israel proper, in which Palestinians enjoy citizenship and the right to vote, and the West Bank, where they enjoy neither. In that regard, the company’s decision embodies the spirit of eminent Israeli writers like David Grossman, Amos Oz and A.B. Yehoshua, who themselves boycott the West Bank.

The next section of the letter is whataboutism. “As best as we can tell,” declares the ADL, “Airbnb has not de-listed rentals in any other disputed areas. Your website currently lists properties in Northern Cyprus, Tibet, the Western Saharan region, and other territories where people have been displaced. Yet only Israeli settlements are being singled out for de-listing by Airbnb, a decision which many see as a double standard set by your company.”

This is absurd. Was the ADL guilty of a “double standard” when its officials marched for civil rights for African Americans but not for American Indians, whose civil rights were not guaranteed by federal law until 1968? Airbnb says it has removed rentals in Crimea and that the same “framework” that it used for the West Bank “will be applied in an ongoing manner” to other territories. But whether it delists Western Sahara or not, a protest doesn’t have to answer every injustice to be morally just. What matters is whether it responds in a humane and proportionate way to a genuine moral evil. And it’s exactly the moral evil of Israeli policy in the West Bank that the ADL’s letter ignores.

Why can’t Jonathan Greenblatt see that? The answer, I suspect, is that unlike his predecessors, who went to Selma to see segregation up close, he has never spent any significant time with Palestinians in the West Bank. (When I twice asked Greenblatt over email whether he has done so, he passed on my messages to a press aide, who sent me a series of links about the ADL’s opposition to BDS).

By choosing ignorance, Greenblatt isn’t only perpetuating injustice. He’s endangering his organization. It’s common to find older American Jews who share the ADL’s orientation: Concerned about human rights in the United States but not in Israel.

Among younger American Jews, however, that bifurcation has largely disappeared. The moral universalists, who loathe Trump’s treatment of vulnerable minorities in the U.S., also loathe Israel’s policies toward the Palestinians. The tribalists, who endorse hyper-nationalism and Islamophobia in Israel, are comfortable with it in America too. As Millennials increasingly dominate American Jewish life, the ADL’s schizophrenia — its refusal to apply the same principles to Israel that it applies to the United States — will gradually leave it without a constituency. The tribalists will join AIPAC and the Zionist Organization for America. The universalists will join J Street and If Not Now. ADL will be left representing a sensibility that no longer exists.

For its own survival, the ADL must overcome its schizophrenia. If Jonathan Greenblatt, who is personally a good and decent man, went to the West Bank and saw the occupation for himself, I suspect he’d realize that, morally, he has no choice.