Religious Women Are Consumed With Our Appearance. That’s How We Get Heard. 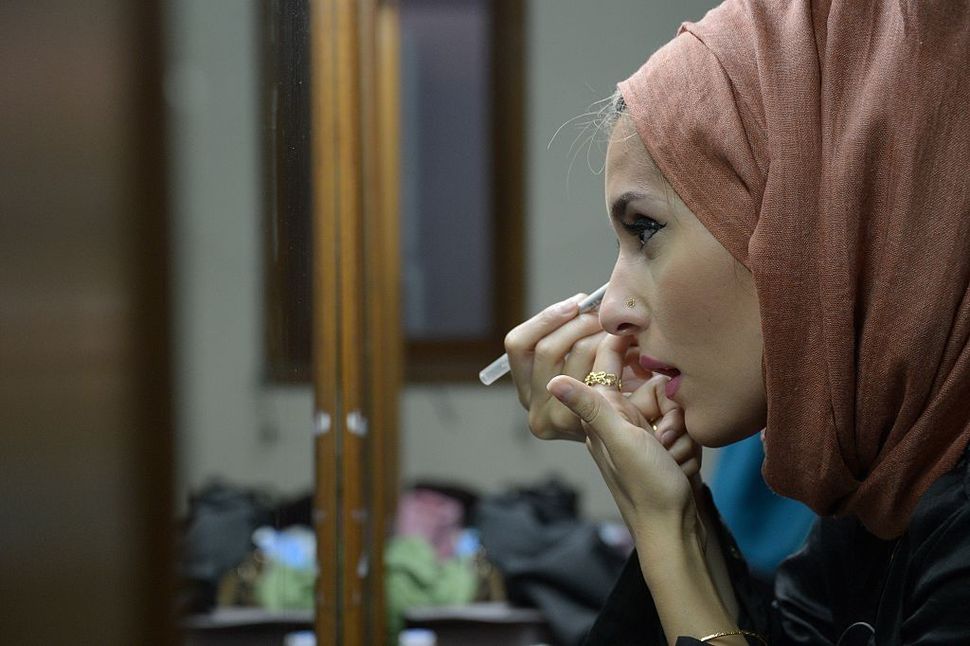 Appearance is a source of excruciating anxiety for me. In both Orthodox and secular settings, I find myself wasting so much time and money on what I look like — and then resenting myself for it.

And it’s not about halakha. Far beyond Orthodoxy’s laws of modesty are the social cues that we inevitably message by our uniforms.

Religious women are constantly conscious of the messages they send by what’s on their outsides. For a community insider, every inch of fabric (or lack thereof) is a signal. The color and length of a wig, is the hair taken out or is it completely covered, how high are the heels, does she wear dark or bright colors — the litany of missives and mistakes is endless, and with social media, the public eye is all-seeing.

I recently led a panel on female leadership featuring three respected and educated Orthodox women, all activists and educators in their own rights. As we prepared for the conversation, we spent a good few minutes discussing what nail polish color would be appropriate for the event. Is a dark color too edgy? Grey too artsy? Pink too ‘aidel,’ or demure?

Of course, none of these questions have anything to do with religion or fashion; they are all born of concerns about asserting credibility in a community where a woman’s voice is already pretty fragile, and where the images of women are literally vanishing. We are all acutely aware that with one wrong move, one can be dismissed from a community that has little room for female leaders.

It almost seems like the less room a community has for prominent women leaders, the more focus there will be on how women look and dress.

And we Orthodox Jewish women are not alone in this scrutiny.

For years, Dina Torkia has been blogging about modest hijabi fashion; the UK-based, Cairo-born Instagrammer has made a name for herself through her make-up and turban-wrapping tutorials, amassing over a million followers. Her recent memoir, Modestly, tells the story of her life as a modern Muslim woman — “embracing dual identities, surviving the turbulent teens and transitioning from self-doubt to self-belief.” As she quips in the book blurb, “You can’t get a Muslim woman in a hijab with no opinion, am I right?!’

Yet in the past year, slowly, Torkia’s headscarf loosened. An inch of hair showing, a strand taken out, her hair went blonde and then pink, more hair taken out — and finally, one day, she took it off.

She told her followers that she had made the personal decision to wear the hijab “when she wanted to”.

#gifted A leopard print sling thanks to @artipoppe ?? and some statement @wiresglasses Make me look forward to the school run… almost! No parent enjoys the stress of getting the kids out of the house and in on time! ughhh all of my childhood memories of panicking if I was late come flooding back ? Anyone else? P.s. i made an effort on this particular morning.. usually I’m in a hoodie and trackies ??‍♀️ #artipoppe #wiresglasses #fashionmum #mumandbaby

The vitriol was immediate, almost all from seemingly female Muslim accounts —

“I’m so disappointed, I have no words to say.”

“The support for her here is only from non-hijabis lol.”

Some went heavy-handed, pasting quotes from the Quran – “And say thou to the believing women that they restrain some of their vision and guard their modesty…”

Some of the comments were utterly brutal:

“I hope you and your family all die painfully and slowly, absolute disgrace.”

“What a self hating woman she is slowly leaving Islam but she doesn’t know it and why is she trying to be white? LOL”

“This woman is a devil.”

“Go and advertise your traitor self with some Western, feminist scum.”

Torkia’s response was shock at the hatred flung at her — and she eventually filmed herself reading the comments aloud. “I…find it odd that people are ostracising me for criticising a community that I’m a part of,” she tweeted. “I’m allowed to do that.”

Late one night, I couldn’t help scrolling through the hateful comments on her Instagram, with my own morbid curiosity. The scrutiny that Torkia was experiencing was so painfully relatable, as a modestly-dressing religious woman trying to balance modernity, and self-expression, with tradition.

On the one hand, dressing modestly is essential to having credibility in the community; certainly without it, you have none, and will be instantly dismissed. I don’t only dress according to Orthodox modesty’s rules because the ethos speaks to me; I know that I must adhere to a certain dress code, many of its rules unspoken, in order to be heard. And with one misstep, one wardrobe slip — one is immediately discredited by those quick to point out that she “is not truly religious.”

Watching Torkia’s public shaming brought this home for me.

The scrutiny can be debilitating. I often wonder about the investments that go into our obsessive weighing of wardrobe choices. Beyond even questions of “modesty” and halakha, as I stand in front of my closet or in a department store dressing room, I am often consumed by the question of which clothing signals what, all the while frustrated by the waste of mental energy this requires. Energy I could spend on my family, my writing, my spirituality.

But purchasing one’s credibility through one’s clothing, accepting that level of attention to dress, creates a vicious cycle — because women so rarely lead here, we focus on what they wear — or don’t wear. (How many times have we been told that men’s Torah study is equivalent in importance to women’s modest dress?)

Perhaps it is no wonder that many religious women are rarely interested in leadership positions, and instead stay quiet, choosing calmer lifestyles that give them more freedom to breathe, to be themselves, without the scrutiny that comes with being visible in the frum community — a principal, a rebbetzin, a lay leader. Why step into the limelight, when you may get burned, after all?

And if you do choose to have a face, a voice — just don’t let your headscarf slip.

Religious Women Are Consumed With Our Appearance. That’s How We Get Heard.