In Praise Of Dual Loyalty 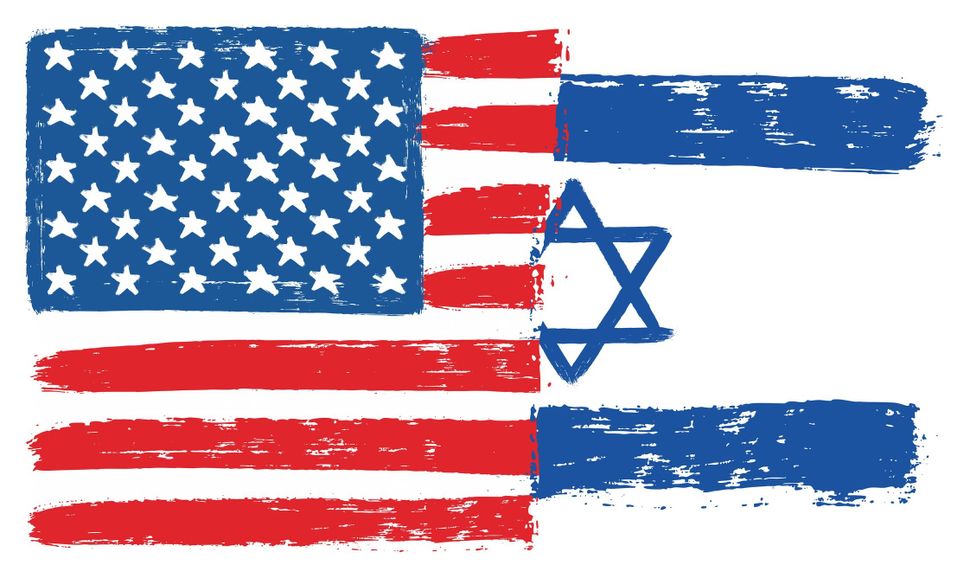 I want to argue something different: The charge is true, but so what? Dual loyalties are good, natural and widespread.

I write as a proud American Jew who feels strong loyalty to both the U.S.A. and Israel, and I write anonymously because this topic provokes vehemence from both anti-Semites and understandably hyper-vigilant Jews. But someone needs to say it.

I can understand the reluctance to do so among Jews. Dual loyalty accusations singling out Jews are part of a longstanding set of tropes and stereotypes that, together, fuel anti-Semitism and even murder and genocide.

The hateful tone and selective application of dual loyalty accusations towards Jews is unquestionably vile.

And yet, one reason they stick is that they’re true.

Jews classically have considered ourselves a distinct nation, wherever located — and not always by choice. The anti-Semitism of the countries in which we spent the majority of our Diaspora years have treated us as strangers in a strange land, creating even deeper bonds and loyalties and reliance upon each other to survive.

Only in the Enlightenment did the concept of nationhood expand to allow Jewish membership in other nations. And that change had a price: erasing Jewish nationhood.

Jews received European emancipation as individuals, but implicitly (or explicitly) had to consider themselves not Jewish nationals but “Frenchmen [e.g.] of the Mosaic faith.” Judaism became an ethno-religious identity rather than a national one.

This bargain was a mixed blessing. On the one hand, Jews were happy to be considered equal to their co-nationalists. On the other hand, the fact of Jewish nationhood did not cease to exist just because it became inconvenient. This question became only more complicated for Diaspora Jews with the establishment of the State of Israel in 1948. Where did that leave American or French Jews? Were they part of the Jewish nation and its nation state, or their home countries?

The truth is, we Diaspora Jews are both members of the Jewish nation and members of the nations in which we live. We are loyal to the Jewish people and to the American people, in my case. And despite the claims of some anti-Semites, whose accusations of “dual loyalty” imply true loyalty to Israel and false loyalty to America, we love both countries equally and fervently.

In fact, the world’s concept of nationhood should expand to include this kind of multiple identities for all people. Nationhood for everyone should mean something non-exclusive and plural.

This plurality is already a lived experience, and not just for Jews. Our culture notices — and unfortunately currently denigrates — dual loyalty in communities of color; Palestinian Americans like Congresswoman Tlaib, Mexican-Americans and Korean-Americans and many others are constantly on the receiving end of racist invective of this kind.

It’s time that we start to accept the complexity of 21st century identity. Indeed, many white Christian Americans also feel bound to ancestral homelands; many German- and Irish-Americans are proud of those heritages, though dual loyalty goes unremarked for white Christians. The mention of German Americans might spark memories of the German-American Bund supporting Nazis in the 1930s, but what they did wrong was supporting Nazis, not loving Germany. They should have loved Germany by opposing Nazis.

Loyalty is distinct from moral judgment. That’s what should make us accept dual loyalty among all groups, not just as we already do for whites.

The earliest accusation of dual loyalties for the Jews is in the Bible, when Pharaoh worried that the Jews would rise up against the Egyptians in a time of war. But you might as well ask which of your parents you’d back in a fist fight. It depends on circumstances. Who’s the aggressor? Maybe you take sides; maybe you just try to make peace. But the question is just as pressing for those with “single loyalty.” If your answer is that you will always side with your country in any war, no matter what, then you’re affirming you would have marched with Hitler’s Wehrmacht or Ghengis Khan’s hordes.

We owe our countries a loyalty that is not blind obedience. “My country, right or wrong,” we say, not “My country is never wrong.” What’s important is the “my.”

America is my country, and I take responsibility for its rights and wrongs. That doesn’t absolve me from hard judgments about which is which; to the contrary, obligates me.

The same is true for Israel, another country I consider (albeit in a different way) my own. In the unlikely event of an Israeli-American war, God forbid, I would work for a moral resolution, whatever that means, whether by the victory of whichever side is right or by negotiation.

I would do the same for any war involving my country. If the U.S. invaded Costa Rica for no good reason, I would protest.

And when either is wrongfully attacked, I stand with it.

Loyalty means something different from obedience. Loyalty means engagement and identification; you never call your nation’s problem someone else’s problem.

Above all, loyalty means love. Sometimes love means support; sometimes it means intervention, but always for the beloved’s good.

We can love in many directions. We know this from our families and friends.

Demagoguing about dual loyalty is like calling someone adulterous for having close friends who are not his or her husband. That’s an abusive marriage, and insisting on single loyalty is a dark, narrow vision of patriotism.

American Jews, American Palestinians, and all Americans should be free of it.

Editor’s Note: This piece was written by a member of the Orthodox Jewish community in America who wanted to express an opinion he felt was important and widely shared, yet worried would create a significant backlash. We felt it was worthy of anonymous publication.

In Praise Of Dual Loyalty