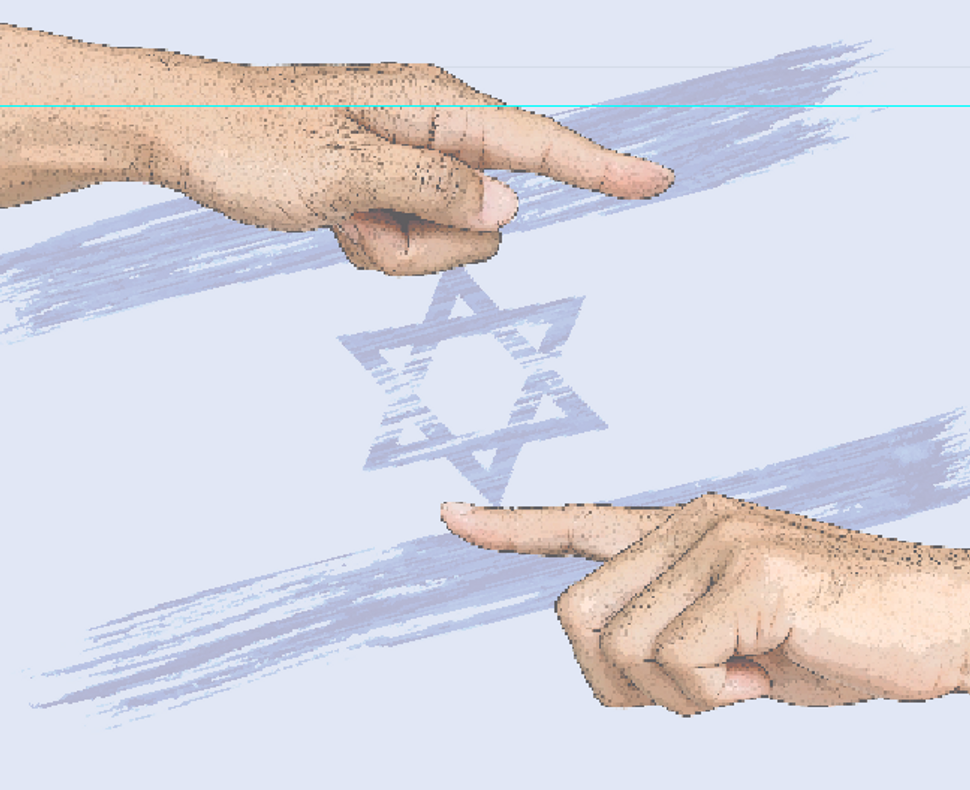 In her new book, “Antisemitism: Here and Now,” Deborah Lipstadt presents what she calls a taxonomy of Jewish hatred.

There is the unambiguous extremist, the sort who marches with torches in Charlottesville, and who believes, with some justification, that there is a sympathizer in the White House.

There is the utilitarian anti-Semite, “the pot-stirrer who enables haters,” whom Lipstadt finds even more reprehensible than the openly hateful ideologue, because of the way he can stealthily manipulate audiences. President Trump and British Labor leader Jeremy Corbyn fit into this category.

There is the dinner party anti-Semite — the sort who knows better than to demean Jews in polite company, but who nevertheless sows seeds of contempt.

Finally, Lipstadt describes the clueless anti-Semite, who “is an otherwise nice and well-meaning person who is completely unaware that she has internalized antisemitic stereotypes and is perpetuating them.”

Based on the rhetoric I hear and read, some Jews act as if there is a fifth category: the Jewish anti-Semite. The self-hating Jew.

And they get to decide who fits the description.

I would, instead, suggest that we retire the term. Even if it has some historical or descriptive value, it has become so weaponized and partisan that it’s become a counterproductive and demeaning slur.

In a society that values freedom of speech, conscience and expression, this ought to be allowed. You don’t have to approve of such people, or invite them to your synagogue or your Shabbat table, or cheer if they are dating your daughter. But to imply that someone is “self-hating” is impossible to prove, highly insulting and self-defeating. It gets you nowhere.

It makes you the arbiter of what it means to love yourself as a Jew, and that is not the role any human can or should play.

In my experience nowadays, these slurs almost always are generated by the political right and have to do with only a Jew’s relationship to Israel. Think about it: No one calls a pork-loving person who denies the existence of God, cheats on his wife, disrespects his parents, eats on Yom Kippur and steals from the needy a self-hating Jew, though that person violates more essential rules of Judaism than I can count.

But if you dare to go too far in your criticism of the Israeli government, your very being may be called into question.

I can understand how this happens. When Jews support the most radical voices in the movement to boycott, divest from and sanction Israel, they provide an insidious form of cover to others who view BDS not as a nonviolent protest against objectionable policies, but as a way to eliminate Israel as a Jewish state altogether. And calling for the elimination of Israel as a Jewish state, thus denying Jews and only Jews the right to political self-determination, is a form of anti-Semitism that ought to be condemned.

It’s one thing to call out such Jews for their beliefs. It’s quite another thing to describe their identities in the most derogatory terms — to assert that someone else, someone you probably don’t know, hates a central part of his or her being.

I know how it feels, because it happens to me.

Often, when I’ve been called a “self-hating Jew” — usually in the context of something about Israel that I wrote or published — I’ve tried to shoo away the slur as if it was an annoying mosquito, or to minimize it with a lame attempt at humor. (If I am such a self-hating Jew, why did I spend all that tuition money sending three kids to day school from gan to 12th grade???)

But the truth is, it hurts deeply. The first time this happened to me, at a public forum years ago in Philadelphia, I felt as if my children had been ripped from my arms.

The discourse today is even coarser, the platforms for spewing hatred even more accessible and varied. You don’t have to confront someone face to face; you can simply take to Twitter, or to sympathetic websites, to make such a claim.

“When tensions run high — and this is one of those moments — and there is an increased sensitivity to anti-Semitism, Jewish self-hatred easily gets caught up in that,” said Paul Reitter, a professor at Ohio State University and the author of the 2012 book “On the Origins of Jewish Self-Hatred.”

Being called a self-hating Jew can put you in good company — think Hannah Arendt and Philip Roth — and Reitter makes an argument that, historically, there is a difference between someone who hates himself as a Jew and someone who is Jewish who hates other Jews. But that abstract distinction has gotten lost in the heated contemporary context.

“Maybe it’s unsalvageable,” he acknowledged. “Language changes. Maybe the term should be frozen, out of polite discourse.”

Likewise, Lipstadt sees the term as an ugly historical leftover. Those who employ the slur “are living in a time warp,” she told me. “They are as dangerous to Jews as the people who want to shut down anything to do with Israel.”

Can we agree that this line of attack is old, tired, ugly and injurious? There are real debates to be had, about Israel and a host of other issues facing the Jewish people. Let’s deal with the substance and put aside the vicious personal attacks and insinuations.

Don’t tell me — or any other Jew — that I hate a precious part of myself. Just don’t.