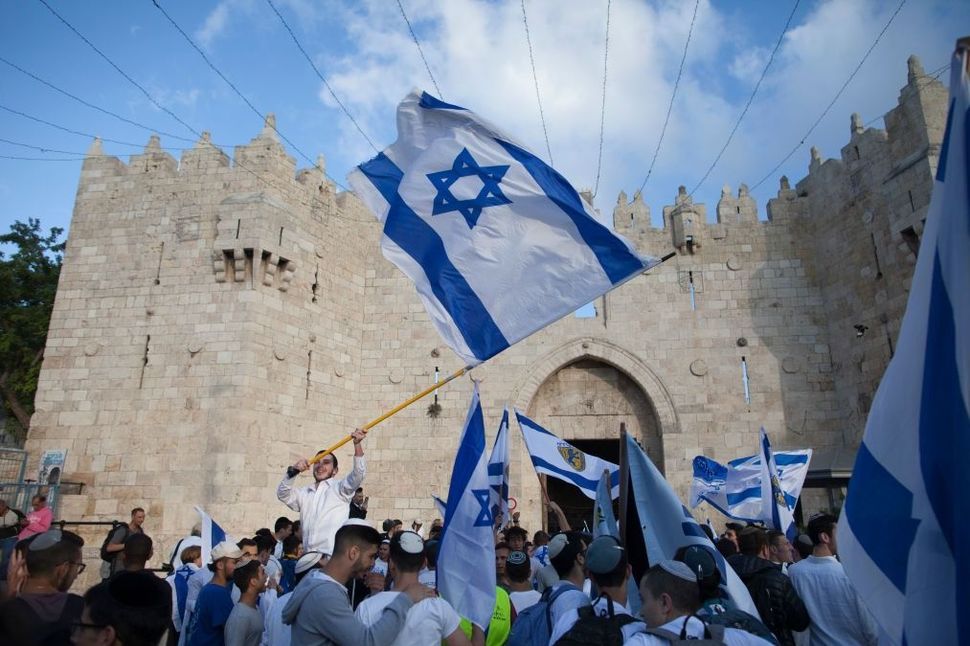 In a recent op-ed in these pages, Yousef Munayyer, the Executive Director of pro-BDS advocacy group the U.S. Campaign for Palestinian Rights, claimed that no state, including [Israel, has a “right to exist.” He argued that asking whether Israel has a right to exist is disingenuous because, for example, no one would ask Native Americans whether the US has a right to exist.

But this argument is backwards. For despite the atrocities committed by the US against them, Native Americans do not demand that the US cease to exist, which is precisely the demand that BDS activists, including Munayyer himself, make of Israel. It’s only natural that Zionists ask critics of Israel to affirm Israel’s right to exist since so many self-described “critics of Israel’s policies” actually advocate dismantling the Jewish state; in contrast, critics of other states rarely call for their dissolution.

The right of a people to exercise self-determination is a cardinal principle of international law, enshrined in the UN Charter and the International Covenant on Civil and Political Rights. As such, the state of Israel has a right to exist, as it is the realization of the Jewish people’s right to self-determination.

Evidently, Albert Einstein spoke for most Jews when he called the establishment of the State of Israel the “fulfillment of our dreams.”

Unfortunately, our dreams were not realized without adversity: The State of Israel was born in bloodshed. On November 29, 1947, the UN General Assembly adopted a plan to partition the British Mandate for Palestine into a Jewish state and a Palestinian Arab state following the termination of the Mandate (and withdrawal of British forces) in 1948.

The Jewish Agency, the governing body of the Yishuv, accepted the UN Partition Plan; in contrast, the Arab Higher Committee, the leadership organ of the Palestinian Arabs, rejected it, calling for a unitary Arab state from the river to the sea, in which only Jews (or those whose family) who lived in the land before 1918 would be given full citizenship rights, while all other Jews, who comprised 90% of the Jewish population, would be considered aliens.

Faced with the alternative of living under an apartheid regime, the Jewish people exercised their right to self-determination within the majority Jewish partition. Moreover, given that Jews constituted the majority of the proposed Jewish partition, the creation of the Jewish state, as envisioned in the UN Partition Plan, represented the democratic will of its inhabitants.

On November 30, 1947, the chairman of the Arab Higher Committee threatened that “the Arabs will wage a holy war if an attempt is made to enforce the partition plan,” which he declared would “lead to a crusade against the Jews.” And so a civil war broke out.

During the civil war and the ensuing Arab-Israeli war (multiple Arab states invaded the day after the state of Israel was established on May 14, 1948), 711,000 Palestinian Arabs fled or were expelled from their homes by Jewish militants, and Israel barred the Palestinian refugees from returning to their homes, actions which today would be regarded as ethnic cleansing.

And yet, in this, Israel is far from unique: In Eastern Europe alone, over 80 million people were ethnically cleansed over the course of the 20th century. Legal norms prohibiting ethnic cleansing had not yet been established in the 1940s, as evinced by the Potsdam Agreement, in which the US, UK, and USSR sanctioned the forcible transfer of ethnic Germans from Czechoslovakia, Poland, and Hungary after the Second World War.

In the ensuing years, over two million Sudeten Germans, who had lived in Sudetenland since the 11th century, were expelled from what is today the Czech Republic. “Wild expulsions” by Czech militias had already displaced 725,000 ethnic Germans before Potsdam.

In total, almost three million Sudeten Germans were forcibly expelled from what is today the Czech Republic, a country with a current population of 10.6 million.

And ever since, the Czech Republic has rejected the expellees’ demands to reclaim their confiscated homes; the European Court of Human Rights and the UN Human Rights Committee have both upheld Prague’s position, denying the expellees the “right” to return to their homes.

What this demonstrates clearly is that international law does not mandate Palestinians’ claimed right of return.

This is not to say that the right to exercise self-determination permits a nation-state to infringe on the rights of other peoples. Israel’s occupation of the West Bank and blockade of Gaza prevent the Palestinian people from also exercising their right to self-determination.

However, this is a policy of Israel’s current government; it is not intrinsic to Israel’s existence. And calling for the dismantling of the Jewish state is an unjust solution to the injustice suffered by the Palestinian people.

Not only will the one state advocated by Munayyer infringe on the Jewish people’s right to self-determination, it is also opposed by 66% of Palestinians, who likewise favor the two-state solution.

To help pave the path toward achieving a peace agreement that respects both peoples’ right to self-determination, Israelis can choose on April 9th not to re-elect a governing party that officially opposes a Palestinian state.