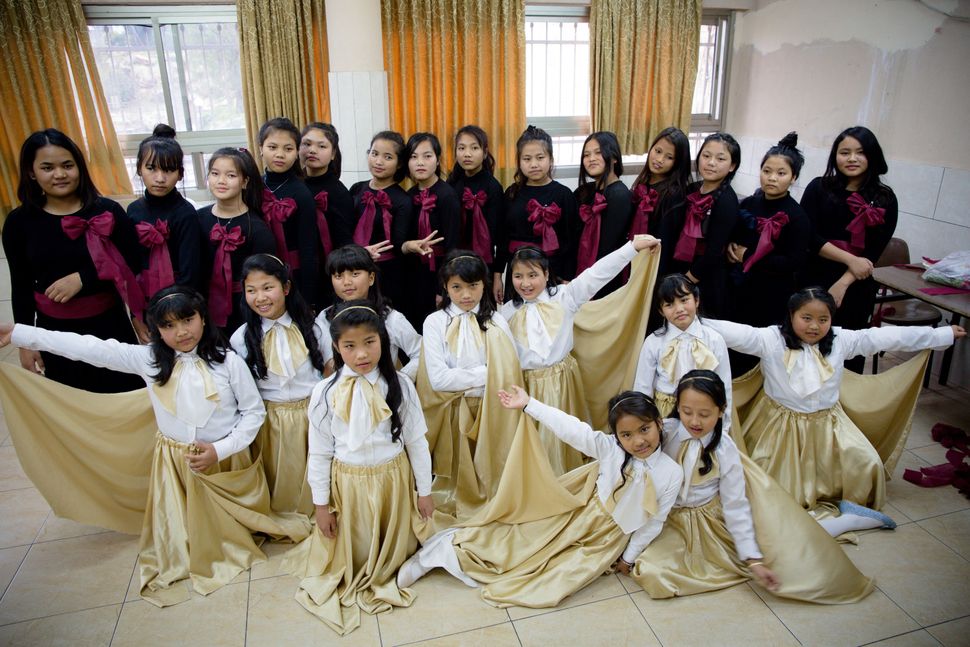 Good news happens every day, it’s just not always reported. Once a week, just before Shabbat, the Forward will highlight stories about Jewish joy, triumph, and pride from Jewish communities in America, Israel and all over the world.

Celebration: A band new minyan burst into existence in Jerusalem this week. 10 twelve-year old girls, brand new immigrants to Israel by way of India, celebrated a group Bat Mitzvah. The girls, who belong to Bnei Menashe, an Indian Jewish group that sees itself as descended from the lost tribe of Menashe, made aliyah just this year through the non-profit Shavei Israel. The girls (now women,) celebrated with their school Girls Town Jerusalem, an Orthodox non-profit that provides schooling and housing to orphaned or needy girls.

Israel in the world: 19-year old Bilal Hassani, a proudly gay Moroccan-French artist “can’t wait” to visit Tel Aviv, despite receiving death threats for saying publicly that he plans to perform in Israel. The teen pop star, who incorporates gender-bending elements into his performances, will represent France at this summer’s Eurovision competition, hosted by Israel. “I can’t wait, I heard the life is really exciting over there in Tel Aviv. I can’t wait to see the sun and I can’t wait to visit,” Hassani told an interviewer for Israel’s Channel 12.

Jewish African joy: African Jews convened in New York this week to share experiences and learn from one another. Egyptian, Ethiopian, Moroccan, Nigerian and South Sudanese Jews spoke illuminatingly about their communities at a conference that marked a rare example of African Jews being treated seriously by mainstream Western Jewry. Leaders are already planning next year’s conference, which will likely be held in Morocco.

Sports justice: Jewish wide receiver for the Patriots Julian Edelman honored a 7th grade girl who has persisted in her love of football despite being bullied by classmates. Now she’s headed to the Super Bowl this Sunday.

Torah: God popped the question. We said yes. That’s more or less the plot of this week’s Torah portion, Mishpatim, which literally means “laws.” The people of Israel and God skip right past the honeymoon period, except that the laws in this portion really are fascinating, ranging from such gems as, “You shall not tolerate a sorceress” to some of the mitzvot that ring most true today: “You shall not oppress a stranger, for you were strangers in the land of Egypt. You shall not ill-treat any widow or orphan.”