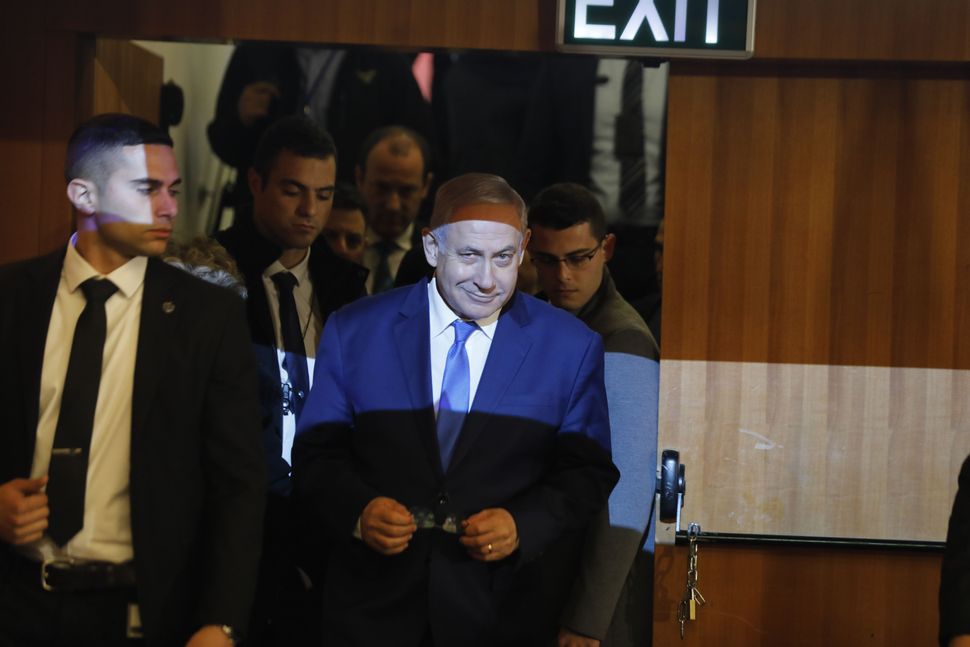 There’s been a lot of chatter about the role Israel will play in the 2020 elections. On the right as well as the far left, many have been pushing the narrative that Israel will feature heavily, with the progressive wing of the Democratic Party forcing Democratic candidates to the left. Just as Bernie Sanders and Alexandria Ocasio-Cortez have made issues like Medicare for All and the environment into urgent matters that candidates hoping for progressive votes must embrace — so the argument goes — so too will freshmen Congresswomen Ilhan Omar and Rashida Tlaib, both of whom support boycotting Israel, change the nature of the conversation about Israel in the Democratic Party.

It’s a narrative that’s just as convenient for the anti-Zionist far left, who wish the Democratic Party’s views on Israel more closely hewed to their own, as it is for the Republicans, looking for any excuse to smear their opponents.

The problem is, the narrative is not true.

All the presidential hopefuls in the Democratic camp share the same politics about Israel. Moreover, Israeli Prime Minister Benjamin Netanyahu’s embrace of avowed racists, and his brand new indictment by Israel’s attorney general on corruption and bribery charges, have given Democratic hopefuls a much-needed way of standing up for progressive values while still being pro-Israel.

Every Democratic contender is on the record supporting a two-state solution to ending the conflict, one for Israelis and one for Palestinians.

This hasn’t stopped Republicans from trying to smear them as anti-Israel, efforts that were redoubled after nearly all the senators running for president voted against a bill that would allow state governments to boycott BDS supporters. The bill was pushed by Republicans as a “pro-Israel” measure, a gambit the Democratic hopefuls declined on the grounds that the bill violated free speech — all except Klobuchar, who voted for the bill.

And yet, even Klobuchar found her voice when, last week, the Israeli press revealed that Netanyahu had pushed the far right Jewish Home Party to join forces with the avowedly racist Jewish Power Party in an effort to get past the electoral threshold into the Knesset.

The merger was widely condemned, even among pro-Israel, hawkish stalwarts in the Jewish American community and Israel.

And the first Democratic hopeful to condemn it was Klobuchar.

This is wrong and has been rightly condemned. To quote the American Jewish Committee, “[The views of Otzma Yehudit] do not reflect the core values that are the very foundation of the State of Israel.”https://t.co/r0VMI3FicH

“This is wrong and has been rightly condemned,” tweeted Klobuchar. “To quote the American Jewish Committee, ‘[The views of Otzma Yehudit] do not reflect the core values that are the very foundation of the State of Israel.’”

As far as statements go, it was a safe one, relying on a quote from a centrist American Jewish organization known for its staunch support of Israel.

Still, it was telling that the only candidate who voted to allow states to boycott BDS supporters, viewed by many as a free speech infraction, was the first one to speak up vocally against Netanyahu’s cynical ploy.

Klobuchar is widely viewed as the centrist in the crowded primary field, refusing to endorse free college for example, one of Sanders’ proposals from 2016 that caught on. And yet, when it comes to Israel, Klobuchar has just joined the ranks of those who are solidly pro-Israel yet anxious to be seen being critical.

In other words, far from something splitting the Democratic candidates, Israel is the one topic that is really uniting them. There is a powerful consensus between the candidates on this subject, and one that Netanyahu’s alleged crimes and misdemeanors have only enhanced.

For if hawks tend to call any criticism of Israel anti-Semitic, it’s impossible to level this smear at anyone criticizing someone who has partnered with racists, taken bribes, meddled with the free press, and traded governmental favors.

Thus, when Elizabeth Warren came out strongly against Netanyahu’s corruption after the indictment, she was on perfectly safe ground.

First embracing right-wing extremism. Now manipulating a free press, accepting bribes, and trading government favors. The allegations against Prime Minister Netanyahu are serious and cut to the heart of a functioning democracy. https://t.co/2oog96eirN

“Corruption—in Israel, in the US, or anywhere else—is a cancer that threatens democracy,” she wrote in a follow up tweet. “We need to fight back. And we can start by having the courage to call it out wherever it occurs. Even among our allies. Especially here at home.”

She sounded a perfect balance of commitment and criticism, attachment to Israel and standing up for the values we expect from an ally and a fellow democratic state.

In fact, she sounded a lot like an American Jew.

At a time when the right wants to portray any criticism of Israel as support for a boycott or worse — anti-Semitism — and the anti-Zionist left wants to portray any support for Israel as racism, Netanyahu’s deplorable behavior has put a temporary stay on the ever-shrinking middle ground where American Jews live, the space where Palestinian rights and Jewish rights don’t have to come at the expense of one another.

That space now holds the host of Democrats seeking the American presidency.

Correction: An earlier draft of this article identified Benjamin Netanyahu as Israel’s president. He is, in fact, its Prime Minister. We really, really regret this error.

Batya Ungar-Sargon is the opinion editor of the Forward. Her email is batya@forward.com. Follow her on Twitter @bungarsargon.