How I Became My Father On Israel 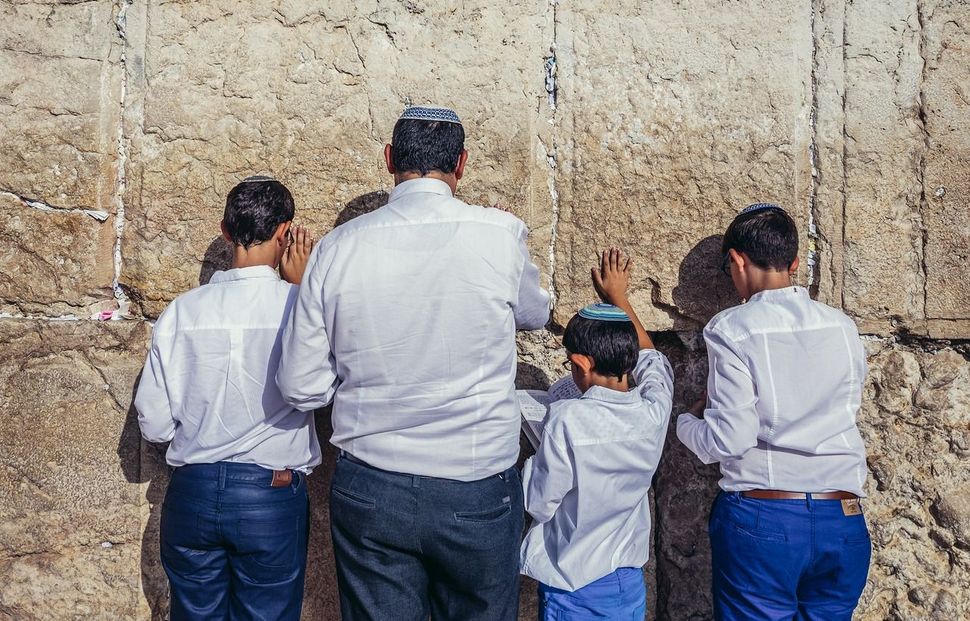 His face turned beet red. In my 37-year relationship with my father, it was the only time I recall him getting very angry at me.

What had I done? Criticized Israel publicly.

My father, Victor, was a Holocaust survivor who lost his entire family to the Nazis, except his older brother. To him, Israel was perhaps the only silver lining in the deepest, darkest, most painful cloud imaginable.

And his beloved Israel could do no wrong. He would often tell me: “Israel is a very good country in a very bad neighborhood.” He rarely showed levity about the Holy Land, but occasionally he would jokingly wonder whether it wouldn’t have been better if Moses had “taken a left turn instead of a right turn” and claimed the land of Saudi Arabia or Iraq as the home of the Jewish people because of its vast oil reserves.

To my father, like so many Holocaust survivors, Israel represented a lifeboat in case things got bad again. Even as an American for over four decades, my father was always vigilant about any nascent anti-Semitism, any threat that might trigger another Kristalnacht. He listened to his trusty portable radio all the time. I particularly remember him being glued to it during the Yom Kippur War in 1973. When Israel looked like it was losing the first few days, my father’s demeanor was downcast and nervous. When the mighty Israeli army stormed back and eventually won that war, I could sense a huge burden lifted from his shoulders.

I asked my father once why he didn’t make Aliyah after the war and he indicated that it was really a pragmatic, economic decision. While his heart was always in Israel and it was his true home, he said, the opportunities in the early 1950s, when my parents moved to New York from Europe, were much greater in America. My father was not the pioneer type; I could never picture him working the land or fighting in the army. In fact, I think he was also influenced by Israel’s universal military requirement – after losing so many loved ones in the Holocaust he couldn’t bear to have either of his sons fight in the army, no matter how noble the cause.

As a teenager, I chose not to be rebellious. I knew that because of my father’s suffering he didn’t need a smart aleck son to make his life difficult. I didn’t question his politics or his rabid support of leaders like Menachem Begin and Ariel Sharon. I’d often hear him arguing with friends about Israel, always coming to its defense even when sensible Jews would have been critical. He particularly liked Sharon because he represented the new generation of sabras who are strong and tough and would never allow another Holocaust to occur. When Israel developed its own nuclear bomb, it seemed like my father had seen the Messiah. No longer would any country mess with the Jews – we now have the ultimate weapon, he would say.

But then, of course, I went off to college in the early 1980s. At Cornell, I gravitated to Hillel and ended up living in the Zionist co-op off campus. But I also joined the newspaper, where criticism of Israel, even by some of the Jewish editors, was de riguer. In my junior year, I was a candidate for Editorial Page Editor of The Cornell Daily Sun, which meant that for a week I had a tryout writing the newspaper’s daily opinion piece.

I decided to write about the recent findings of the Beirut massacre inquiry, which called for Defense Minister Ariel Sharon’s resignation for letting Lebanese militiamen into the Sabra and Chatila refugee camps despite the threat that they would slaughter civilians.

Which they did. The world was outraged. Even most Israelis and American Jews were outraged.

Except one. My father.

When I sent the editorial I wrote home to my parents, I was looking forward to their usual high praise. There was only silence. The following week, when I came home for spring break, we had what I now refer to as the “beet red face conversation.” A few days later, my father calmed down, and we resumed our model father-son relationship.

Fast forward almost four decades. I am sitting at the dinner table with one of my children, who is the same age now as I was when I wrote the scathing Sharon editorial. My daughter informs me that she won’t visit Israel again until “all the occupied territories are returned to the Palestinians.”

“But picture yourself living in a country surrounded by people who pray for your destruction,” I said, my voice rising a bit. “Besides, there is no one to negotiate with on the Palestinian side. Hamas and Abbas won’t even recognize Israel’s right to exist.”

“Don’t you understand how difficult a situation this is for Israel and your relatives that live there?” I bellowed.

Suddenly, I put my hand up to touch my face. It was deep red.

I had become my father.

Tom Allon is the President and Publisher of City & State. In 2013 he was the Liberal Party backed candidate for Mayor of New York City. He favors a two-state solution but is not optimistic this will happen soon.

How I Became My Father On Israel