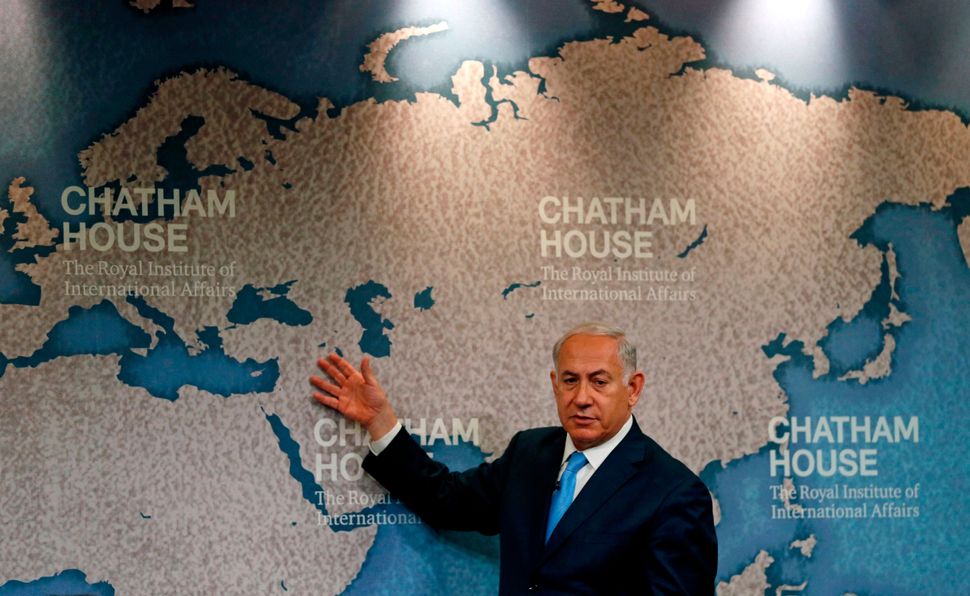 Last week, the ADL joined a number of other Jewish organizations in signing a letter to President Donald Trump asking him to oppose any steps by Israel to annex territory in the West Bank.

Signing the letter was for us the ultimate Zionist statement.

Israel needs a two-state solution as much as the Palestinians. And as news reports suggest the Trump Israeli-Palestinian peace plan is being readied for release in the coming weeks, it was important for us to communicate to the Administration our concerns that annexation of the West Bank would ring the death-knell for such a solution.

The result of annexing the West Bank would be the creation of one state between the Mediterranean and the Jordan River in which there would be, if not a majority Palestinian population, at the very least something very close to it. This majority would either have equal rights to those of Israelis, threatening Israel’s Jewish character, or they would be kept as second class, non-voting citizens, which would threaten Israel’s democratic character.

Neither of these options should be viable for anyone who considers him or herself a Zionist.

Zionism was all about returning the Jewish people to their historic homeland where the Jewish people would, after 2,000 years, once more be in charge of their own destiny. The hope of that return, embodied in daily prayers, in the Passover Seder and at wedding ceremonies, was what kept the Jewish people alive while they were dispersed around the globe and oppressed for millennia.

The rise of modern anti-Semitism, culminating in the horror of the Holocaust, made that dream urgent and imperative.

And so Israel came into being in 1948 representing the highest values as noted in the nation’s declaration of independence – a Jewish state and a democratic state. It has been able to be both, with full rights to its non-Jewish population, because there has been an overwhelming Jewish majority.

Today, the greatest threat to the continuing fulfillment of that dream would be the annexation of the West Bank, the ending of the possibility of two states, and the absorption into Israel of several million Palestinians.

No longer could Israel be a Jewish state, deciding its own destiny when the parliament would be divided fairly equally between Jews and Palestinians.

Indeed, it is no accident that the originator of the boycott, divestment and sanctions movement, Omar Barghouti, calls for one state between the Mediterranean and Jordan, exactly because he understands that would be the demise of the Jewish state of Israel. His goal in BDS is not to make Israel better, but to make Israel disappear. He and others who call for one state are labeled as anti-Semitic for denying the right of the Jewish people to their historic home.

Clearly, those in Israel who call for annexation are coming from a very different place; they believe they are doing good for Israel. But the results would be the same destructive ones desired by the BDSers.

None of this is to suggest that there aren’t huge challenges in trying to achieve a two-state solution. The fact that Israel has made several offers to the Palestinians at Camp David and again at Annapolis, which would have resulted in a Palestinian state but were turned down, shows how entrenched Palestinian rejectionism is.

The fact that when Israel pulled out of Gaza in 2005, the area was taken over by the terrorist group Hamas demonstrates how anxiety-provoking and difficult withdrawal from territory in that narrow land is. And the fact that there are hundreds of thousands of Israeli settlers in the West Bank significantly complicates future decision-making.

None of these critical challenges, as enormous as they are, poses as much of a threat to Israel’s future as a Jewish state as annexation of the West Bank.

When Mr. Trump was elected President, Naftali Bennett, an Israeli right-wing leader, proclaimed that that election was the end of a two-state solution. He turned out to be wrong in the sense that the president has not given Israel a green light to expand settlements without restraint.

Now that the subject of annexation is on the table, it is vital that the President, one of Israel’s great supporters, make clear that such steps are unacceptable and bad for the nation.

For an organization like ADL, that has had as a guiding principle trusting Israeli democracy to make its own decisions about its future, signing on to this letter was not an easy matter.

But when it comes to annexation, a line would be crossed from which it will be impossible to go back.

Moreover, it would not only set in motion irreversible events in Israel. It would have a dramatic and devastating effect on American attitudes toward Israel.

And the impact it would have on American Jews would be equally devastating. Divisions would grow exponentially and the distancing of young people would increase as well.

That is why we label our signing on to the letter to Donald Trump as the ultimate Zionist statement.