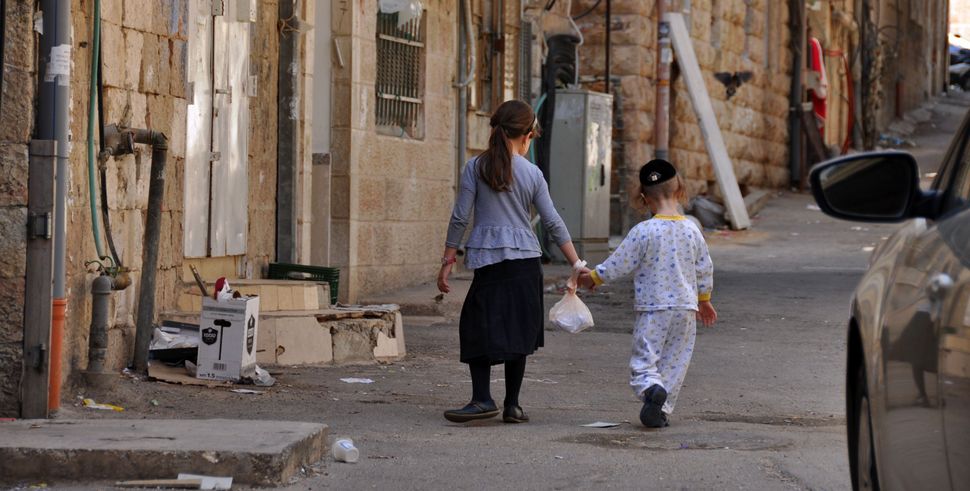 If you live in New York – or anywhere, really – you will have recently been inundated with headlines about a measles outbreak, more often than not accompanied by a picture of Orthodox Jews.

It’s true that an inordinate number of measles cases have in fact occurred in Orthodox communities in Brooklyn and Rockland County. But the impression that the culprit is some pervasive anti-vaxxer sentiment among Orthodox Jews is wrong. As in many communities, there are opponents of vaccines in the Orthodox one, but they are a tiny minority.

According to the New York State Health Department, the average vaccination rate for measles among the nearly 200 Jewish K-12 schools in Brooklyn is 96% — above the threshold required for “herd immunity” and a full six percentage points higher than the statewide average among private schools. Six other New York counties have a vaccination rate below 50%.

Despite these facts, ignorance and stubbornness among Orthodox Jews are being misrepresented by many in the media as the cause of the measles epidemic in New York. Numerous reports have implied that the reason New York City’s and Rockland County’s Orthodox communities have been hard-hit in the ongoing measles epidemic is because of a preponderance of anti-vaccination sentiment among those populations.

And in so doing, they are inadvertently but undeniably promoting anti-Semitism.

The ostensible reason for focusing on the Orthodox is that the New York City outbreak is believed to have originated after an Orthodox family traveled to Uman for Rosh Hashana, bringing it back with them. But certainly, this doesn’t explain the outbreak in California. Nor does it excuse portraying the community inaccurately as overwhelmingly anti-vaxx. Nevertheless, the media has fixated on Orthodox Jewish anti-vaxxers as the drivers of disease.

Case in point was a recent gathering in the Rockland County town of Monsey. The “Vaccines Symposium” promised a “highly informative night of science and discussion addressing your concerns, fears, and doubts.” The featured speakers at the recent event, who, the flyer promised, would help attendees “get all your questions answered,” were described by the flyers as “proffessionals!” [sic – both the misspelling and exclamation point].

To those who don’t know better, the estimated 200-300 people who attended – some of whom travelled from Brooklyn and New Jersey – might seem like a big crowd. And yet, they are a mere drop in the Orthodox bucket. Rockland County has the largest Jewish population per capita of any U.S. county, with 90,000 Jewish residents.

Fully 493,000 of the New York metro area’s 1.55 million Jews identify as Orthodox.That the heavily promoted gathering attracted two or three hundred attendees – some of whom may have shown up without realizing the evening’s agenda – is meaningless.

What’s more, and more trenchant and largely unrecognized, anti-vaxxers are only a small part of the reason for the epidemic’s strength in Orthodox communities.

Countless rabbinical figures and leaders, including leading rabbis in the Agudath Israel movement and doctors serving the affected communities, have repeatedly encouraged vaccination in the strongest possible terms. And the vast majority of Orthodox Jews vaccinate.

So why have parts of Brooklyn and Rockland County experienced two-thirds of the reported 704 infections in the current epidemic?

The answer lies not in some epidemic of anti-vaxx sentiment but rather in the facts that Orthodox families tend to include many children, often live in high-density areas, and gather together often and in large groups for prayer, holidays, wedding and other religious celebrations. All of which help predispose their communities to the spread of even very small initial numbers of infections.

Montefiore Medical Center infectious disease specialist Dr. Daniel Berman and Columbia University Professor of Management, Graduate School of Business Awi Federgruen, argued just that, in a recent piece that appeared in the New York Daily News. “It is time to stop vilifying the Orthodox Jewish community when the data show their vaccination rates are as high as any,” they wrote.

That vilification, unfortunately, even if unwarranted, is fuel for the fire of anti-Semitism, which always seeks out combustible material. Those Jews don’t vaccinate, the canard goes, and that’s why there is an epidemic threatening us all.

That this prevalent canard is causing anti-Semitic sentiment is obvious. Consider some Twitter responses to the New York Times’ report on the Monsey gathering:

“These people are literally a threat to our species and our survival. They deserve to be tossed in jail & stripped of their right to make that ‘decision’ for their kids. These murderers are not free to put us all in danger because of their s*** misinformed ignorance. Round em’ up.”

These people are literally a threat to our species and our survival. They deserve to be tossed in jail & stripped of their right to make that ‘decision’ for their kids. These murderers are not free to put us all in danger because of their s*** misinformed ignorance. Round em’ up.

Americans opposed to vaccinations are entitled to seek to share their views with others, of course. They may be misinformed but it’s a free country.

But when Jewish Americans, especially identifiably Jewish ones, seek to spread such beliefs, they would do well to consider the fact that they are not just spreading “information.” They are empowering the historical hatred that is always on the prowl for something with which to nourish its ugly essence. And when media focus on such small parts of the Orthodox community, they do the same.