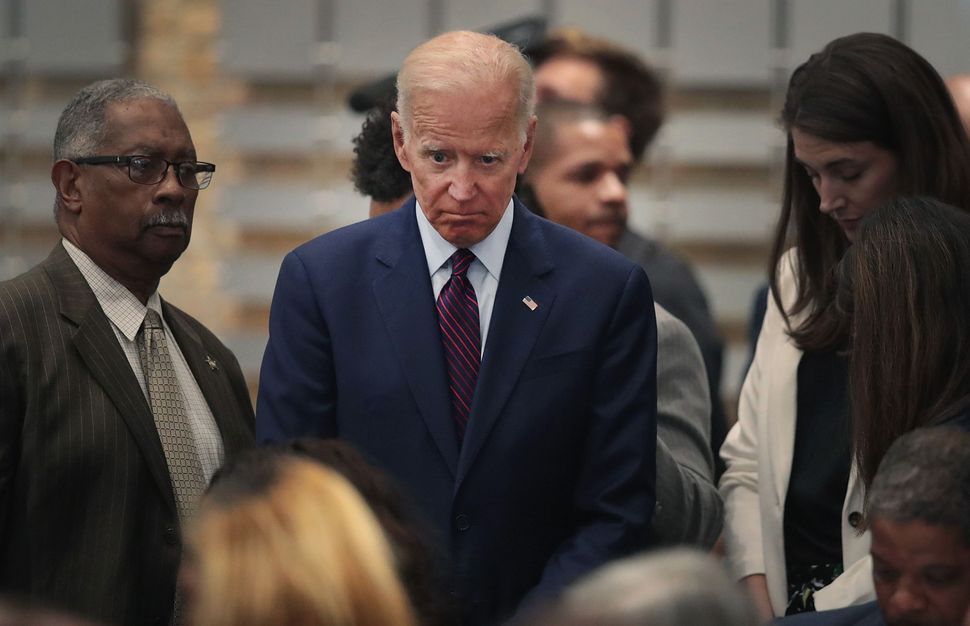 What politicians don’t say is often as important as what they do. In his foreign policy speech on Thursday at The City University of New York, Joe Biden warned about the “Rapid advance of authoritarianism, nationalism and illiberal tendencies around the world — not just in Russia and China but among our allies, in places like Turkey, the Philippines, and Hungary.”

Notice what’s missing here. Biden is right that the governments of Turkey, the Philippines and Hungary are increasingly contemptuous of human rights and the rule of law. He could have added India, Poland, Brazil and even Italy to the list.

But the most glaring exception is Israel.

It’s the most glaring exception because Benjamin Netanyahu hasn’t only sought to neuter his country’s courts and silence critics in civil society like his buddies in Budapest and Warsaw. He also rules millions of Palestinians in the West Bank and Gaza Strip (yes, Israel still rules Gaza) who live as permanent non-citizens without due process, free movement or the right to vote for the government that controls their lives.

That’s pretty authoritarian and illiberal. And by vowing to annex part of the West Bank, Netanyahu is pledging to make that tyranny permanent.

Moreover, Israel is the only one of these bastions of “authoritarianism, nationalism and illiberalism” that receives large amounts of US aid.

That’s significant given that Biden is not a disinterested observer of global ideological trends. He’s running for president. If he gets the job, the nearly $4 billion in military aid that America gives Israel every year will make him more complicit in its human rights abuses than in the abuses of Hungary, Turkey or the Philippines.

So if Biden really wants to turn the authoritarian tide among American allies, Israel — 19% of whose military budget is funded by American taxpayers — would be a natural place to start.

He could, for instance, endorse Representative Betty McCollum’s bill to prohibit US aid from being used for the detention of Palestinian children, who in the West Bank are often seized in the middle of the night, blindfolded and bound, and then held and interrogated for days without their parents or a lawyer present before being sent to military courts that lack even the semblance of due process.

These are the kinds of policies that Biden avoids having to consider by omitting Israel from his list of America’s authoritarian friends. If you deny reality, you don’t have to try to change it.

When Biden did mention Israel later in his speech, he again exemplified the denialism that still dominates much Democratic Party thinking. Among the next president’s tasks, he declared, will be “sustaining our ironclad commitment to Israel’s security regardless of how much we may disagree with its present leader.”

It’s the kind of cliché — “ironclad commitment,” “unbreakable bond” — that one hears so often it almost escapes notice. But the more you unpack it, the most nonsensical Biden’s statement becomes.

The implication is that “Israel’s security” can be separated from the actions of its “present leader.” Netanyahu’s efforts to kill the two state solution are one thing; Israel’s safety is another.

Earlier this month, former prime minister and former chief of the staff of the Israel Defense Forces Ehud Barak called the impending “breakdown of Israeli democracy… a strategic threat no less serious than the Iranian threat.”

It is ironic that in a speech in which Biden repeatedly called democracy America’s deepest source of strength, he couldn’t recognize that Netanyahu’s attack on democracy represents a threat to Israeli security. Permanently occupying millions of people who lack basic rights is a recipe for permanent war, for third, fourth, fifth and sixth intifadas in a world in which small groups of individuals can access increasingly destructive technology.

Ending the hope of a Palestinian state will mean, sooner or later, the end of the Palestinian Authority, which was established as a state-in-waiting. And that will mean either chaos in the West Bank or a return to direct Israeli control — Israeli eighteen year olds patrolling every Palestinian village and town — either of which will have grave security costs for Israel.

And the continuation of a blockade that is making Gaza unfit for human habitation will eventually lead, in the words of Israeli environmentalist Gideon Bromberg, to “plagues and infections… that could cost a great many lives” not only in Gaza but in Israel as well.

A real American commitment to Israeli security requires challenging the anti-democratic policies that are imperiling it. But that means using American influence — including American money — to pressure Israel to turn away from its illiberal, authoritarian course. And that means taking a political risk in a Democratic Party where openly pressuring Israel is still largely politically taboo.

The first step is to speak about Israel honestly, without dishonest omissions and misleading clichés. It’s a step Biden hasn’t taken yet.