The El Paso Killer Loved Trump. Do You? Then You’re Responsible, Too. 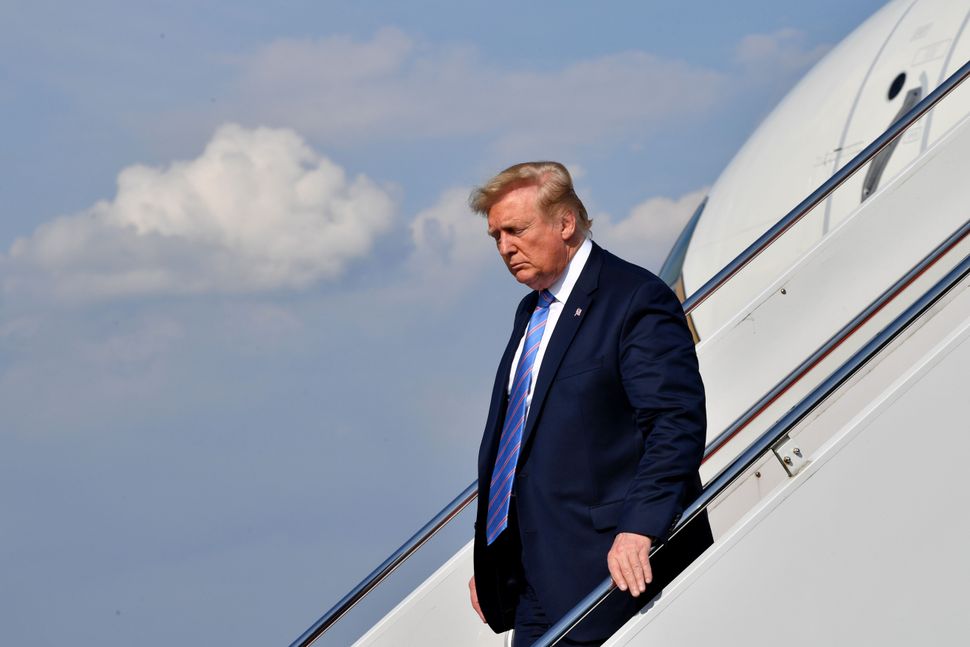 At least 20 people were shot dead by a Trump-loving white supremacist in El Paso, Texas on Saturday, placing the 21-year-old suspect’s rampage among the top ten deadliest mass shootings in US history.

The shooter’s motive quickly appeared in the form of a manifesto, which two federal law enforcement officers told CNN they were investigating as belonging to the killer.

El Paso shooter clearly outlined his motives, political views, biography, and outlined his gear for the day of the attack on his computer.

Below is some of the manifesto he has written out prior to the attack today: #ElPaso #walmartshooting. His name is patrick crusius pic.twitter.com/fhV0hUi9tP

The gunman’s alleged manifesto reads like a carbon copy of those written by the killers who carried out the recent attacks on the mosques in Christchurch, New Zealand; the Tree of Life Synagogue in Pittsburgh; and the synagogue in San Diego.

“This is a response to the Hispanic invasion,” the suspect allegedly posted online just days before the shooting. He then goes on to accuse the Democratic Party of “pandering to the Hispanic voting bloc,” while also expressing his contempt for “race mixing.”

He also spoke approvingly of President Trump, especially the “send her back” chants directed at Congresswoman Ilhan Omar. And his social media feed was full of MAGA quotes like #BuildtheWall:

If this is true, the Twitter account associated with Patrick is full of Trump and MAGA related postings.

It drove home the truth of the matter: This alarming spate of mass casualty terrorist attacks on black churches, synagogues, and mosques didn’t emerge out of a vacuum. They’re the direct result of the President of the United States referring to immigrants, asylum seekers and refugees as “invaders,” “rapists” and “terrorists.”

Since Trump first announced his candidacy for the 2016 US presidential race, he has framed white America as under threat from or in direct competition to non-white immigrant “invaders,” specifically in regards to jobs, security, and “way of life,” whatever that means.

“People hate the word ‘invasion,’ but that’s what it is,” said Donald Trump on March 15.

Trump has normalized overt racism in such a way that genocidal “great replacement” conspiracy theories have moved from the dark corners of the internet into mainstream political discourse, with neo-Nazis coming out from their secret hiding places to march openly in the streets.

It’s for this reason hate crimes against Jews, Muslims, and other minorities have reached unprecedented levels since Trump took office, and it’s for this very reason right-wing extremists are responsible for 100% of terrorist attacks on US soil since the end of 2017, according to the Anti-Defamation League.

The blame must now extend beyond Trump himself, however, for his role in the White House is pretty now much that of a poll-watching pundit, who crafts his messaging based on what sells best to his base.

Put simply, he ain’t selling what his supporters aren’t buying, and what they’re buying is his racist discord and xenophobia, which is measurably and demonstrably getting Americans killed.

They’re supporting him because he channels their racial grievances, as study after study bears out. The latest, published by Sociological Quarterly, found “the nativist narrative about ‘taking back America’ and anti-immigrant sentiment became stronger forces than economic issues.”

There might have been excuses for voting for Trump in 2016. People were sick and tired of politics as usual. They saw both parties as equally inept or corrupt, and they wanted to stick it to the “establishment.”

And they’ve seen the murderers who are listening to his words and taking the lives of Jews, Muslims, Latinos, and other Americans, out of pure hate.

If you still support Trump after all this, then you have demonstrated you’re totally down with his brand of racist, sexist, xenophobic hatred, the kind that is getting black churches, synagogues, mosques, schools, cinemas and malls shot up by far-right psychopaths all over the country.

If this is you, then you are in the words of US Secretary of State Hilary Clinton an irredeemable “deplorable.”

CJ Werleman is a journalist, columnist, and security and terrorism analyst.

The El Paso Killer Loved Trump. Do You? Then You’re Responsible, Too.