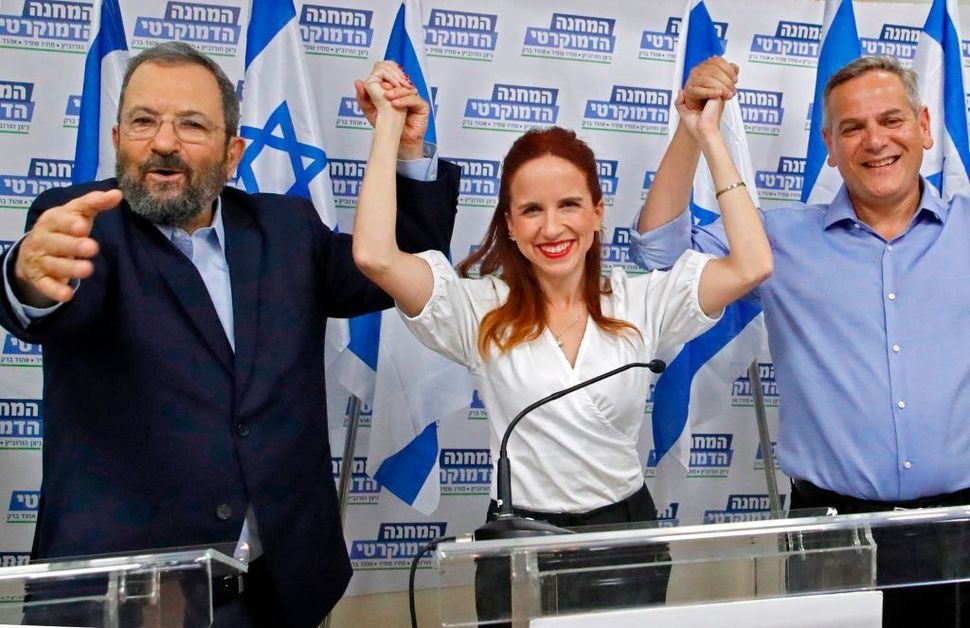 Let’s be clear: The Boycott, Divestment, Sanctions movement is anti-progressive. Instead of working to create a just and lasting solution to the Israeli-Palestinian conflict, the movement’s leaders unabashedly seek an end to Israel. Instead of seeking justice for Palestinians and Israelis alike, they prize one narrative over another. In doing so, they mislead most BDS supporters who do indeed want to see a peaceful solution to the Israeli-Palestinian conflict.

While BDS is perceived as a movement of the left, it actually pushes liberal minded individuals rightward. Netanyahu and others like him exploit BDS to paint a picture to Israelis that the entire world is against us.

They use BDS to spread an ideology based on isolation and fear, arguing that the movement itself is evidence that a solution to the conflict is impossible.

It is clear that any resolution will incorporate international support on economic and security issues. But BDS leads Israelis to believe that the international community does not understand Israel’s security interests, further distancing them from supporting any possible solution.

After leading Israel’s largest-ever social justice protests, I joined the Knesset in 2013 as the youngest member in its history. Full of hope and inspired by sister movements emerging worldwide, I fought for human rights, peace, and equality in the face of corruption, populism, and extremism.

Just this year, along with Ehud Barak and Nitzan Horowitz I founded the Democratic Union, a left-wing political coalition striving to bring the issue of peace with the Palestinians back onto the national agenda. As a progressive leader fighting for a better future for Israel, I need those who share my values in the United States and around the world to join and support us — not to turn their backs.

Now is not the time to confuse the Israeli left with Netanyahu’s Israel. Most Israelis are not Netanyahu and failing to understand this abandons us in our struggle for a more just reality.

Netanyahu’s recent decision to deny entry to United States Congresswomen Ilhan Omar and Rashida Tlaib is no way to fight BDS. In fact, it is a gift to the BDS movement and its supporters.

Omar and Tlaib should be invited to visit Israel. We should take advantage of the opportunity to demonstrate our openness to the world and our strength as a democracy. There is no better way to challenge misguided assumptions and opinions than to face them, literally. Alienating the American public and their elected representatives does not serve any of Israel’s interests.

The strength of the alliance between the United States and Israel is based on our shared ideals. In democratic societies, the doors are open to dissent, critical voices, and fierce debate. I invite every member of Congress, irrespective of party or ideology, to engage with me on any Israel-related issue. Change happens through honest, open, and even painful dialogue — not by slamming doors.

As extreme right-wing populism continues to gain traction in the world, we must be steadfast in our opposition to their values of isolationism and fear mongering. We must not sit back and watch while they collaborate, sharing ideas and resources and spreading their dark ideology.

Democrats and real progressives everywhere must work together based on shared values. It is time we build a global alliance built upon democratic principles of equality, freedom, and peace. Moreover, we must fight any attempt to turn Israel into a partisan issue.

Exploiting Israel for partisan politics by using it to drive a wedge into the larger American political framework is damaging to both America and Israel’s interests and it undermines the very ideals our great alliance represents. Perhaps most importantly, it dims the flame of hope that a brighter future, for the United States and for Palestinians and Israelis alike, is achievable.

I continue to fight every day for justice, equality, freedom, and peace and to strengthen Israel’s democracy. No matter your party of choice, I need you with me. Israel needs you with me.

Stav Shaffir is co-leader of the Democratic Union.