As We Leave This Horrifying Year Behind, Let’s Recommit to The Jewish Value Of Civil Discourse 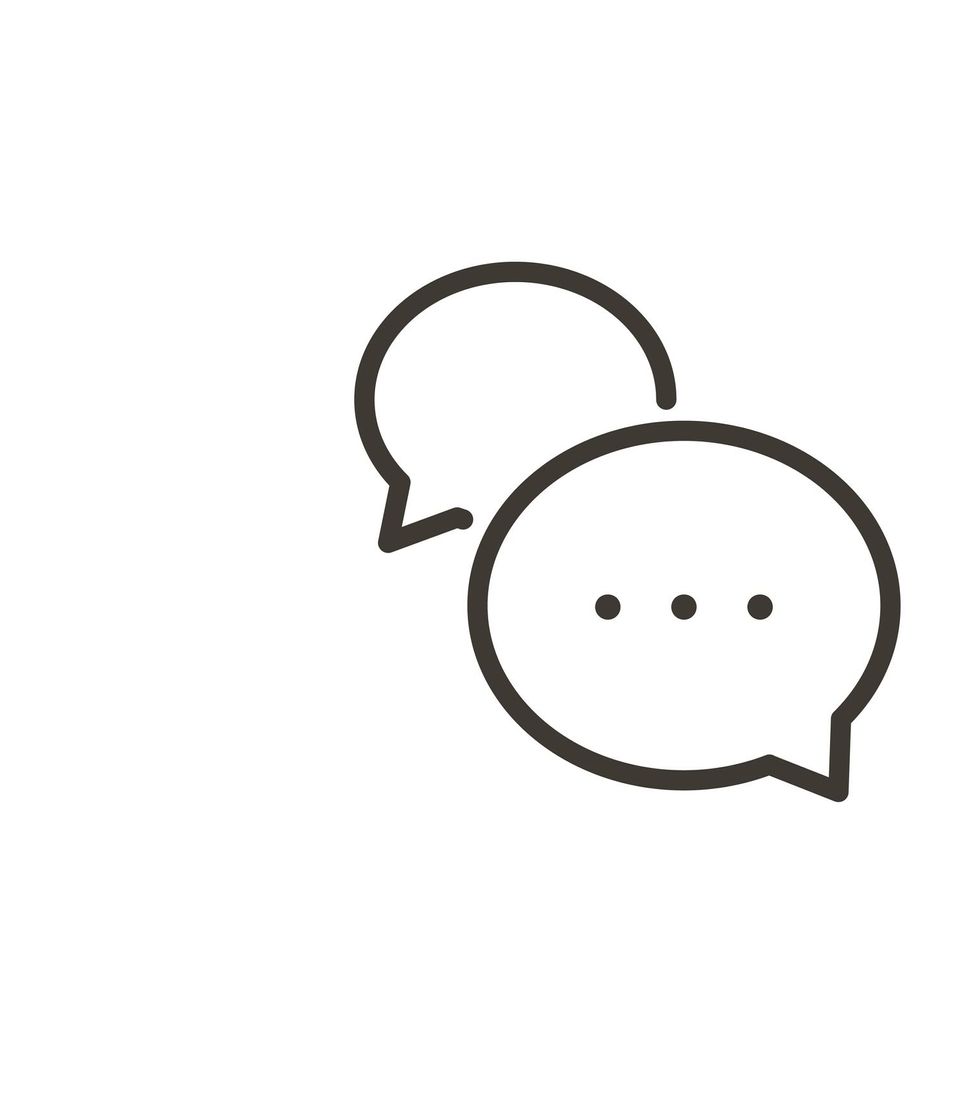 The most important Jewish thing I did in 5779 did not take place in a synagogue, in Israel, or at summer camp. It did not involve prayer, a specific one of the 613 commandments, or even food (though I’m pretty sure I had some unkosher chicken sausage for breakfast just before).

The most important Jewish thing I did in 5779 was needlepoint 11 Jewish stars with hearts on them and help my kids hang them outside the Tree of Life Synagogue in Pittsburgh. It was the Monday after Thanksgiving, and it was rainy. The whole thing took about 15 minutes. 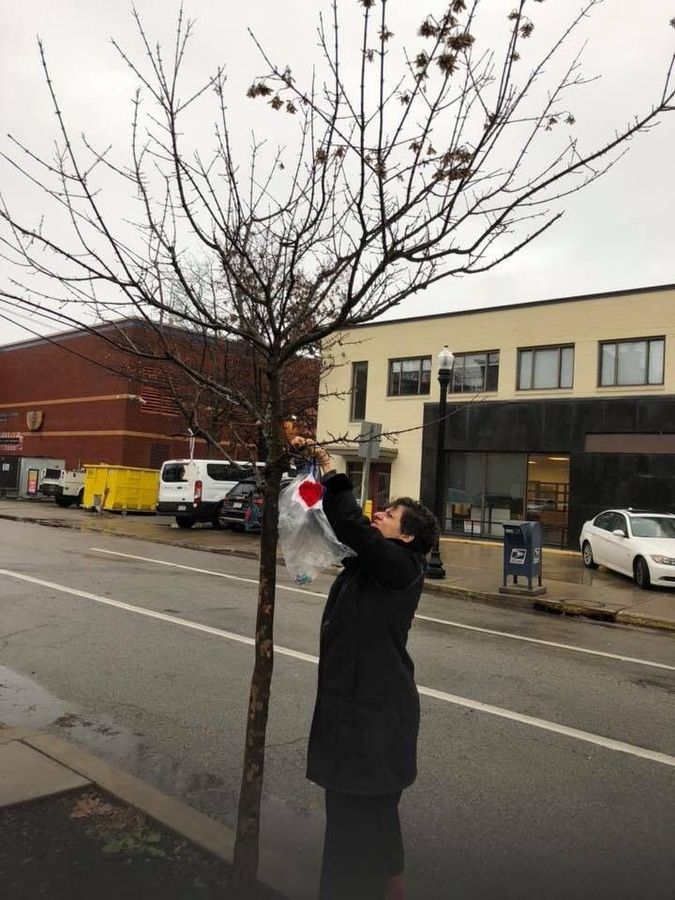 Jodi Rudoren hangs a memorial outside the Tree of Life Synagogue in Pittsburgh.

What a terrible, horrible, very bad year this has been in news of the Jews.

Pittsburgh and Poway — a dozen people gunned down while davening, the sanctuary no longer a sanctuary. Anti-Semitic cartoons and Tweets — symbols and stereotypes seemignly retired long ago back in our faces. A fractious Israeli election, and then a do-over, and still no stable coalition in sight.

Worst of all: a devolution in our discourse, a growing sense that people cannot talk to each other across generations or geographies about the things we care about because we cannot agree on the axiomatic facts, because we do not trust each other’s intentions.

So I am holding onto Jewish Hearts for Pittsburgh, a Facebook project organized largely by Ellen Dominus Broade, a television executive and former synagogue president who happens to be the sister of my best friend.

Pittsburgh was personal for Ellen: her daughter, Emily, was a senior at Carnegie Mellon University and, the year before, had taught music at one of the Hebrew schools in the building that got shot up.

Ellen is also a lifelong knitter — her mom actually used to own a yarn shop. So when she saw a Facebook post showing a knitted pink heart with a Jewish star and suggesting people shower Pittsburgh with such crafts, she jumped.

“I was pissed and I’m confident,” Ellen said.She got a P.O. Box and tapped “knitting influencers” on Instagram. Nearly 2,000 hearts poured in, from 21 countries.

Three weeks later, on Emily’s 21st birthday, a group of volunteers hung them in front of the synagogue and throughout the stricken neighborhood.

I came late to all of this, and kind of accidentally. I’m a journalist, not an activist, but the Tree of Life shooting felt different, felt close. My husband and I took our twins, who were 11, to a vigil that night at B’nai Keshet in Montclair, N.J., maybe the first such thing I’ve ever been to without a reporter’s notebook.

For Thanksgiving, we were driving to my sister’s in Chicago, and seeking somewhere to stop overnight to break up the trip. We’d done the Rock’n’Roll Museum in Cleveland the year before; Pittsburgh was also about halfway, and when I saw Ellen’s sister post about the hearts, I knew that was the thing.

I’m also the daughter of a knitter who loves to craft. I’d miss the big event, but Ellen said sure, we could go hang more hearts. Which is what we did. In the rain.

I know: This is a sweet story, but it is not going to solve our problems. It is not going to stop the next shooter, or soothe any anti-Semitic trope. It will not bring peace any closer in the Middle East, or bridge the gaps between Israel and Diaspora Jews, or curb climate change, or cure cancer.

So let’s ask the tough questions. I’m going into this year mulling a few that I hope we can pick apart in the Forward without picking each other apart. Here are three:

How can American Jews engage constructively in the Israeli-Palestinian conflict? Ariel Sharon famously said, upon becoming Israel’s 11th prime minister, “What you see from here, you don’t see from there,” referring to how different it was just to be the head boss in charge rather than a senior cabinet official. Israeli Jews rightly feel like we do not fully understand the daily reality of living in a place with serious security threats and a mandatory draft, and often see American activism as so much meddling.

But if Israel is the nation-state of the Jewish people, as the current prime minister loves to say, then don’t we have a rightful say? Especially if we’re worried that the status quo is not sustainable, the two-state solution increasingly unachievable, and any one-state option inevitably leads to an existential confrontation between the state’s Jewishness and its democracy? I get why Israeli Jews are scared about terrorism if they make a move without a reliable Palestinian partner; why aren’t they also deeply afraid of what happens if they don’t?

What will the future American synagogue be like? I grew up in an Orthodox shul where the vast majority of the members came to services every Shabbat morning. At the Conservative and Reform congregations I’ve joined as an adult, it’s a tiny fraction. I used to think, what’s a synagogue about if not prayer? But I’m starting to see it as more of a community center, where the busiest days of the week may well not be Shabbat.

Last year, I helped start a popup brunch cafe at ours, Temple Ner Tamid in Bloomfield, N.J. My husband has taken over as director of its Purim Shpiel, which draws a crowd of hundreds — I’m still getting used to it not being actually on Purim, but the Saturday night closest to Purim, and to it not following a Megillah reading. Perhaps most interesting, many of our synagogue’s active members are non-Jews who are married to Jews and raising Jewish kids. The very definition of our peoplehood and practice is changing.

And: Why is Israeli television so good? (Also: Can they make a show without Michael Aloni?).

Like journalism, Judaism is all about questions, and stories, and debate. From Talmudic times to today’s Seder tables, our tradition encourages us to ask any question. Make any case, as long as you cite your text, give your examples, defend your ideas. Shamai seems never to have won the day over Hillel, but neither was he cast out.

So maybe hanging needlepointed stars in Pittsburgh wasn’t the most important Jewish thing I did in 5779, because eight months later I left The New York Times, where I’d been a reporter and editor for nearly 21 years. 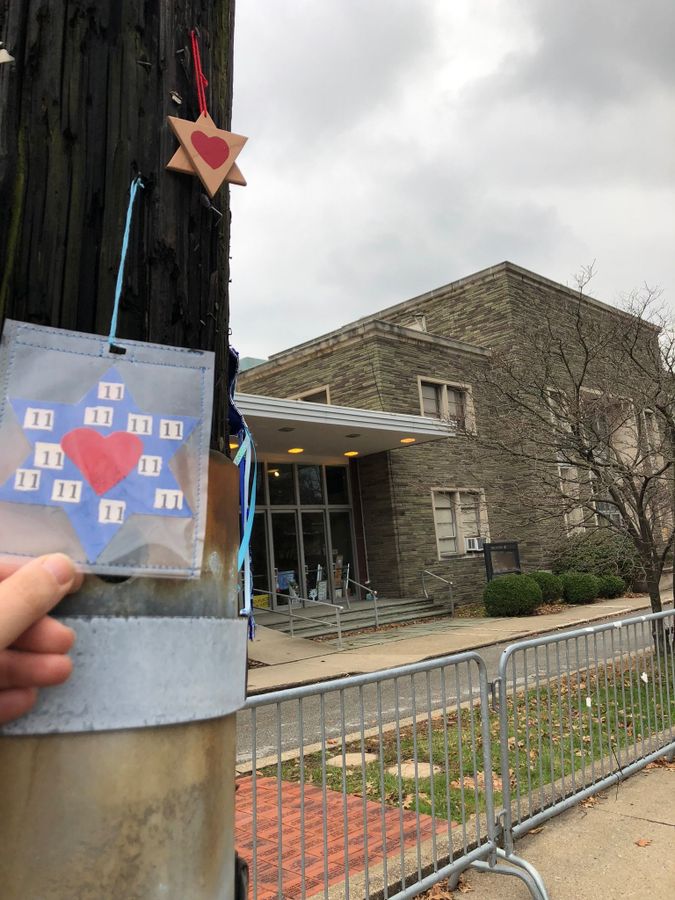 A lot of people have asked why I would leave the senior leadership of The Times to join a small Jewish news organization. One big reason is because I’m worried about the lack of civil discourse in our community, and I want to help restore it.

We need to engage each other’s ideas, even when they’re unpopular or uncomfortable, or ugly. Like handmade hearts that make a monument to our people’s conjoined vulnerability and resilience, Jewish journalism is a project our community must commit to together.

Let’s make 5780 a year of memorable stories – and provocative questions.

Jodi Rudoren became Editor-in-Chief of the Forward on Sept. 9, after nearly 21 years at The New York Times. Follow her on Twitter @rudoren, or email [email protected]

As We Leave This Horrifying Year Behind, Let’s Recommit to The Jewish Value Of Civil Discourse